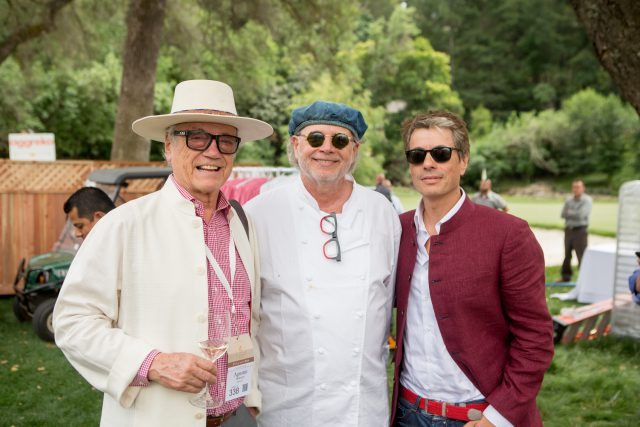 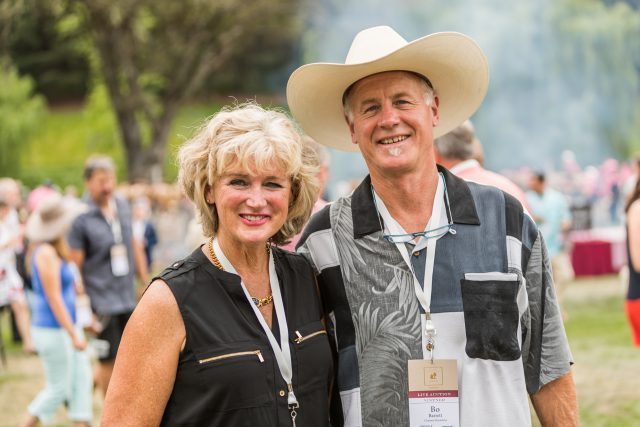 California wine power couple Heidi Peterson-Barrett and Bo Barrett were some of the big names at this year’s auction, which drew 900 attendees to Meadowood in St Helena. 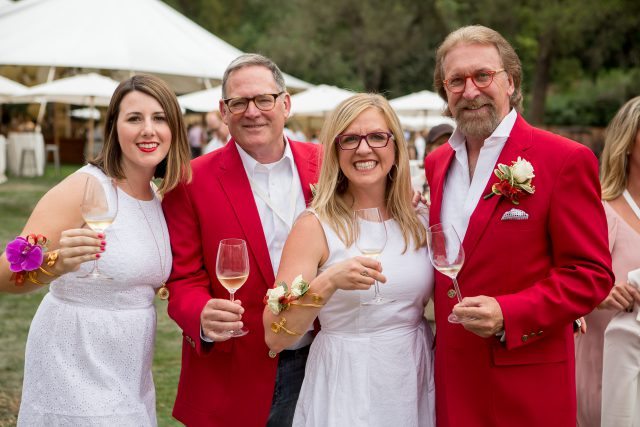 Ladies wore white and men cherry red blazers to the $4,000, three-day event, which began with wine and cocktails in the grounds of Meadowood.

The auction itself took place in a grand white tent, while the barrel sale got underway at Robert Monday Winery close by. 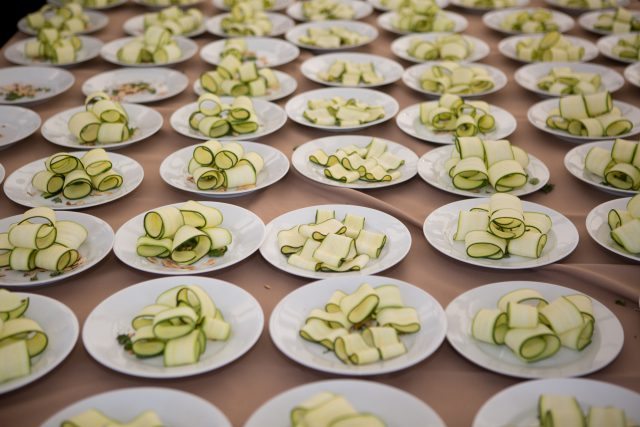 Acclaimed Argentine chef Francis Mallmann, who runs Siete Fuegos and 1884 restaurants in Mendoza, was in charge of catering for the event. 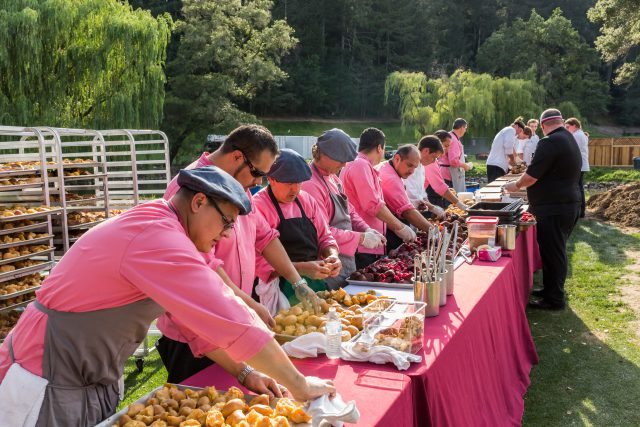 Among the treats on offer was a plethora of empanadas 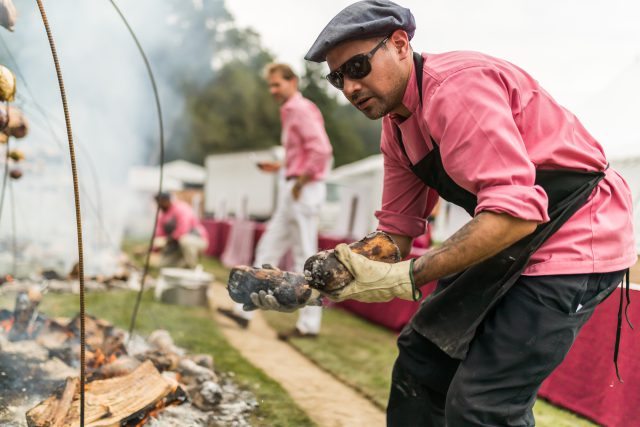 Things started heating up as Mallmann’s men fired up the coals to roast whole chickens and 750 pounds of ribeye steak. 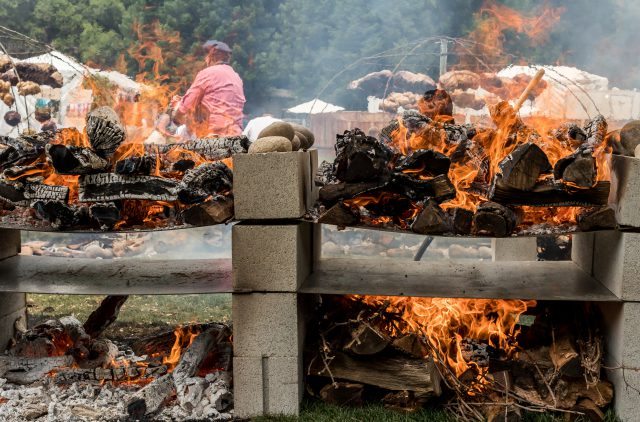 If you can’t stand the heat… 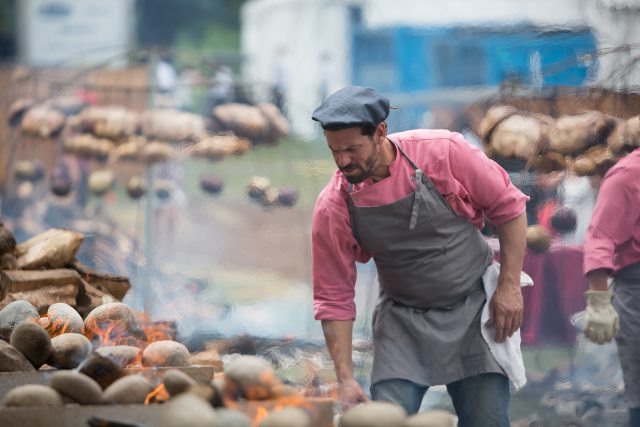 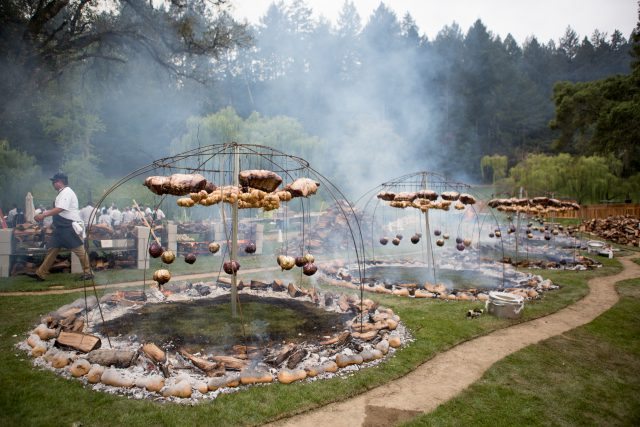 Mallmann cooked his meat in the same way he does in Argentina, inside fire pits of hot coals where the juices were left to drip into the grass below. 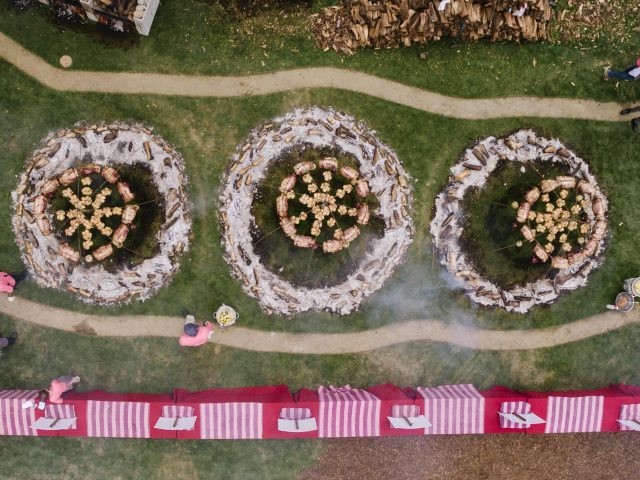 Mallmann’s magnificent meat feast from above 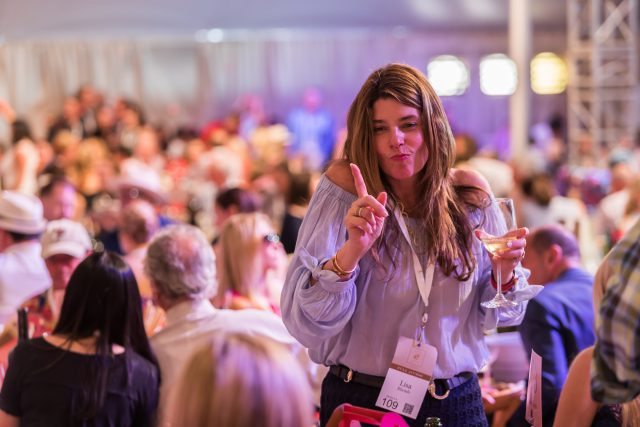 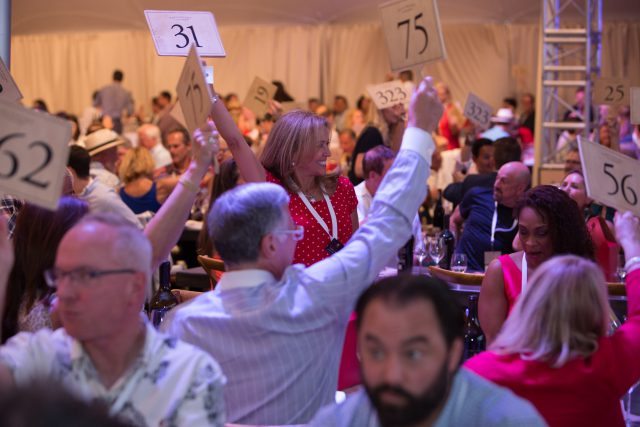 …and the bidding soon swung into action 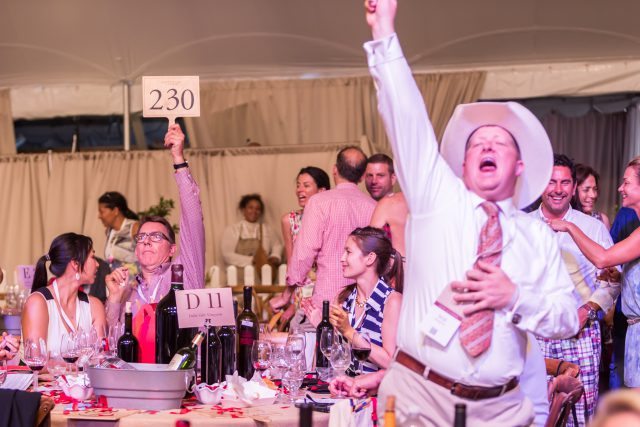 Some of the lots proved incredibly popular… 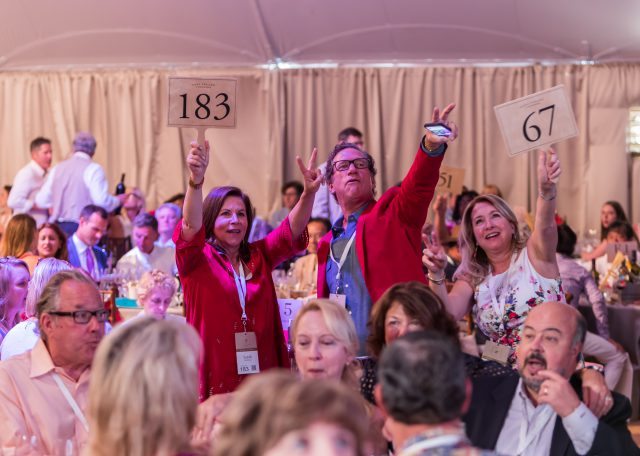 The highest-grossing lot of the weekend was a four-day safari in South Africa for six people including VIP visits to four South African wineries and Robben Island offered by Staglin Family Vineyard, which went under the hammer for $1.05 million.

Overall the auction, hosted by Napa Valley Vintners, raised a whopping US$14.3 million for various charities.

As night fell, the tent turned into a disco 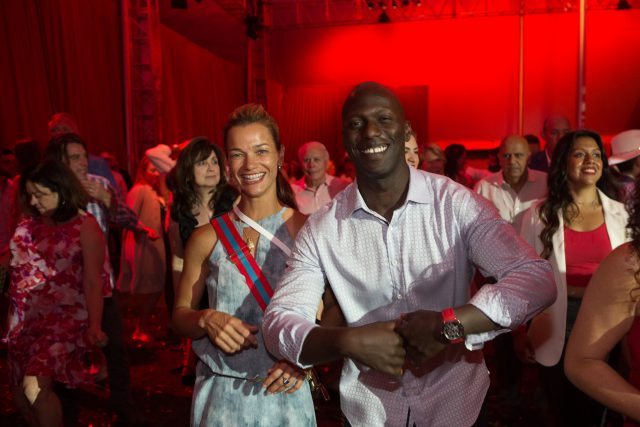 Where revellers partied into the small hours