Amazon has rolled out one-hour delivery on wine to shoppers in New York, it confirmed today. 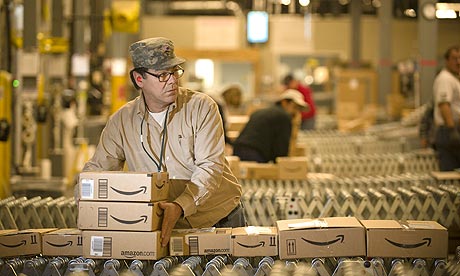 The online retail giant first announced it was offering one-hour delivery in the USA on beer, wine and spirits through its fastest delivery service, Prime Now in August. The $7.99 service delivers from 8am to midnight, seven days a week.

The BWS delivery service was launched in Seattle, and will be available to Manhattan inhabitants from today. In addition, the online giant will deliver items from independent retailer, Eataly to shoppers in New York, as well as extending the availability of Prime Now to around 4,000 items across its range.

“We are excited to continue to expand our offerings whether that’s adding beer, wine and spirits in Manhattan starting today or continuing to increase the number of local stores and restaurants in the service,” worldwide director of Prime Now Stephenie Landry said.

In the last year, Prime Now has grown to serve around 20 metropolitan areas in the US, with some cities benefitting from deliveries from local restaurants and stores.

“We are a procrastinator’s dream, offering tens of thousands of items that can be delivered right to your door in an hour or less,” Landry said.

In Seattle, the top-selling beers and wines were revealed to be Elysian Brewing Company’s Space Dust IPA and Chateau Ste. Michelle Cabernet Sauvignon.