UK-based distributor Off-Piste Wines has added a Champagne brand to its portfolio after signing up Champagne Charles de Cazanove. 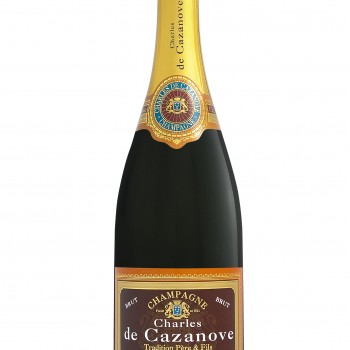 The Cheltenham-based distributor will stock two tiers of the Charles de Cazanove range, a Brut and Rose Tradition, which retails for around £25-30, and a Premier Cru and Vintage wines at £30-£35.

The Champagne brand is owned by Rapeneau Family Estates, the second largest family business in Champagne, which has around 800 hectares of vineyards either directly owned or under long-term contract. It sources grapes from 100 of the 319 villages in Champagne and produces around 8-10m bottles a year.

“We have been looking for a Champagne supplier that suits our approach to the UK market and are delighted to be teaming up with Charles de Cazanove who are our ideal match. It is owned by Rapeneau, a family business who focus on quality, scale and commerciality in equal measure, as we do ourselves,” he said.

It marks Off-Piste’s second excursion into French wine, following the creation of a Bordeaux Sauvignon Blanc, the A L’Envers, with David Hohnen, the winemaker behind Cloudy Bay.

The wine distributor, which supplies own label and branded products to UK multiple retail, wholesale, cash-and-carry and the on-trade, reported a strong year in 2014, seeing pre-tax profits up by around 56% to £2.1m, despite the challenging climate.

Last month it gained wider distribution for its Most Wanted range, a mid-tier range of varietal-led wines that was launched at the London Wine Fair in May to targeting millennials. The range is now stocked by Sainsbury’s and Tesco Wine by the Case, as well as The Co-op, Conviviality Retail and Booths.

It has also recently appointed Mark Elener of Guy Anderson Wines to the new role of export sales manager, to launch its international sales operation.