Producers in Bordeaux are gearing up for what they hope will be a “magnificent” 2015 vintage, with one winemaker describing it as a “euphoric bounce back from the difficulties of 2013”. 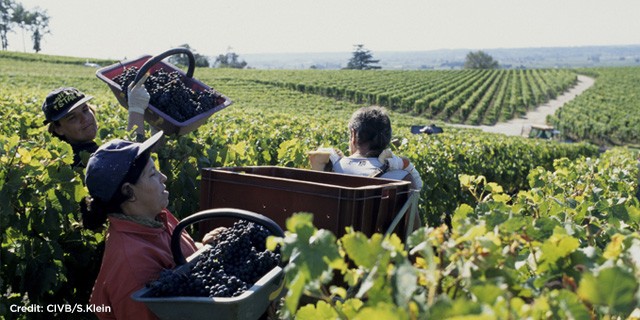 Releasing a statement detailing its assessment of the 2015 vintage today, the Bordeaux Wine Council (CIVB) said “ideal weather conditions”, with a cool winter, warm and dry spring, followed by a dry and sunny September.

This made it possible for winemakers to wait until the grapes were perfectly ripe before starting the harvest, which began at the end of August for the regions dry whites and white crémants – a week ahead of last year.

“We’ve never seen such clean-looking, healthy white grapes as this year’s crop”, said Gavin Quinney, winemaker at Château Baudac. “That’s not to say that they’ll make the best wine we’ve made (we’ll have to see) but, every vintage until now, we’ve had a small team of trainees and wannabe winemakers who are put to work in the vines at last minute, trimming off any rot or blemished grapes. This year, there’s been nothing of the sort, so to speak.”

Harvesting for the whole region was in full swing by the first week of September, with Sémillon grapes picked around 10 September.

“Although the harvest pattern was a bit like a tango rhythm, 2015 is proving generous, plentiful and promising”,said Youmna Asseily of Château Biac in Cadillac. “The grapes were at their healthiest throughout; aromas are very opulent, voluptuous and rich in energy. We will now strive to translate this harvest into the best possible expression of the vintage and the Biac terroir.”

Harvesting of Merlot started in mid-September in the earliest ripening areas, then all over the region from 21 September and continued with the Cabernets.

Tom Davey, of Château Gaby in Fronsac), however, chose to wait, picking their Cabernet from the 5 to 15 October favouring “optimum ripeness”.

“Both vineyards finished with lower yields than expected, however the quality and flavour of the fruit are exceptional”, said Davey. “The Gaby winemaker and his team are full of enthusiasm for the vinification of such a promising harvest. Tasting from vat at Gaby over the last few days has proved that the intense heat of August ripened the fruit to leave it rich in sugar and full of flavour. Damien expects the 2015 to be a vintage to remember at Gaby and furthermore sees it as the continuation of a euphoric bounce back from the difficulties of 2013.”