Beer is still thought of as a “man’s drink”, according to women surveyed by AB InBev, despite the female population aged 25 and over making up 16% of all beer purchases in the UK – the highest proportion in five years. 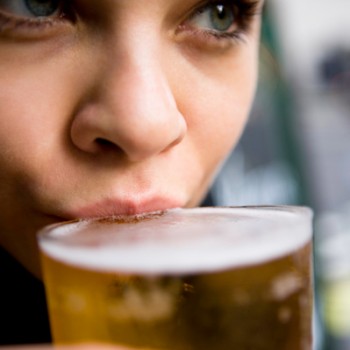 In the past month beer was more popular than Prosecco, cocktails or gin, according to research commissioned by AB Inbev which surveying 1,000 women in the UK aged over 25.

Despite this nearly half (44%) of women surveyed said they believed that beer is still perceived as a “man’s drink”.

“Beer is a drink for men and women to enjoy alike. We are committed to celebrating and promoting its wide appeal through our own marketing, by showcasing women in the industry, working with organisations such as Dea Latis and by investing in industry-wide initiatives such as There’s A Beer For That.”

The results follow a viral #WeAllLoveBeer video that launched last week, where perceptions about women and beer were tested capturing couples in the US on a night out, with the woman ordering a beer and the man a different drink.

In the majority of orders the beer was served to the man, even though it was the woman who ordered it.

AB InBev’s UK survey found that one in five (20%) UK said they had experienced a similar situation, having had their beer incorrectly served to their male companion  by waiters who assumed it was their drink. What’s more, only 16% of those women corrected the bar staff or waiter, with 7% admitting to drinking or taking a sip from the wrong drink to avoid confrontation.