The world’s most expensive cocktail was never actually sold and was instead used to cover a AUS$32 million casino heist, it has emerged. 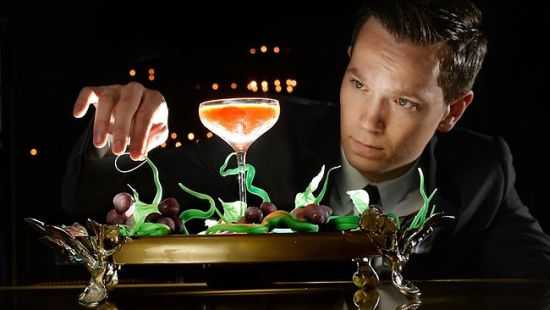 However the cocktail was never actually sold at all, and was instead used to cover up a $32 million heist at the casino, according to reports by Fairfax Media and the Sydney Morning Herald.

The cocktail was set to be bought by New Zealand millionaire James Manning, however Crown was plummeted into a PR nightmare when Manning became embroiled on a $32 million heist at its own casino tables prior to its purchase.

Later described by police as an “Oceans 11-style scam”, Manning and a VIP services manager at the casino netted $32 million by fixing the security cameras to allow Manning to receive signals at the table and win eight straight hands.

“We could not believe what he had won and some of the bets he placed were very, very suspicious,” a former Crown executive told The Sydney Morning Herald. “Those eight hands, in particular – he bet against the odds and won, so one of our surveillance guys decided to take a closer look. It was very elaborate and they nearly got away with it.”

As the scam had been foiled before the majority of the winnings had been transferred from the casino, Crown decided not to press charges and Manning was banned from the premises. However with a bottle of 1858 Cuvee Leonie worth an estimated $150,000 being flown in for the “world’s most expensive cocktail event”, and guests invited to be official witnesses for Guinness, Crown was facing something of a PR tangle, having already announced that Manning would be buying the pricey serve.

Left without a buyer, Crown was unable to convince anyone to legitimately buy the $12,500 cocktail, so approached one of its regulars Giang Nguyen, a friend of the casino’s management team. Nguyen eventually agreed to buy the drink on paper to appease the Guinness World Records judges, but only if the money was repaid to him by Crown.

“The whole thing was fake… $12,500 was repaid to Giang so he would pose for the pic,” a former Crown employee told The Sunday Age. “Giang stepped in at the last minute. He made the transaction as per Guinness rules, but he got his money back and it never came from Club 23.”

Fairfax Media said it received no responses from the parties involved, and according to the Guinness World Record’s website Club 23 still holds the title for the most expensive drink ever sold.