The odds might have been stacked against Screaming Eagle’s sister winery Jonata in the beginning, but that hasn’t stopped it from becoming one of California’s top producers. 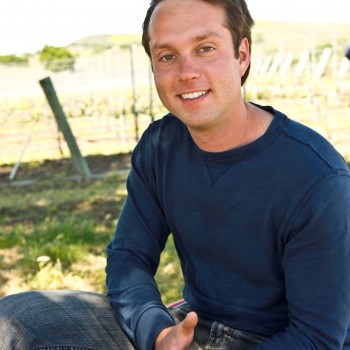 In his own words, Jonata winemaker Matt Dees is “obsessed with dirt.” As a young boy growing up in Kansas, he was more interested in closely examining plants and insects than playing sports, so as soon as he could, he left the flat plains of Kansas to study soil science at the University of Vermont.

“I eventually realised I was on the wrong side of the country for making wine,” he says so Dees ended up in Staglin, Napa Valley via a spell at Craggy Range working with the young fellow American winemaker, Doug Wisor – “was one of the greatest winemakers on Earth.”

Luck was on Dees’ side as Staglin’s Andy Erikson who had just started to consult at the newly established Jonata in the Santa Ynez Valley in Santa Barbara recommended to Jonata’s owners to hire Matt as their full time winemaker which he became in 2004.

“I love being on something from day one. It has allowed me to take a certain amount of pride in what we do. The odds were somewhat stacked against us and we were in a way underdogs when we started but I liked the scrap. We had all the raw materials in place and we had a patch of land that we loved but you never really know what you’ll get in the end. You’re always rolling the dice. We have sandy soil and we were told we I’d be better off planting asparagus.”

With a focus on Cabernet Sauvignon, Syrah, Cabernet Franc but also planting Sauvignon Blanc, Petit Verdot, Semillon, Sangiovese and Merlot, Jonata is a thriving 600 acre estate with 83 acres given over to the vines.  Herbicides and pesticides are nowhere to be seen and there is a veritable menagerie of chickens, turkeys, goats, pigs and sheep incorporated into the farming model to aid fertilization and enhance the soil. “Not to mention us – we had 1,000 eggs per week!” says Dees. “We had so many we didn’t know what to do with them.”

With the right combination of sunshine and sandy soil, Dees and his team were blessed with good vintages from the off, even in the apocalyptically dreadful year of 2010 when California was assailed by record-breaking low temperatures, late budding and then to top it off, twice the amount of average rainfall.  “I think the only thing we didn’t have was a plague of locusts,” says Dee. “But in the most challenging times, that’s when I think we produce our most soulful wines.”

The Jonata name quickly reached the ears of wine critics – and the rest of the world – when Robert Parker rating many of the 2007 vintages 95-97 and 98-100 points. Not surprisingly, Jonata now commands some of the highest prices in California from the Sauvignon Blanc blend, La Flor retailing at $70 to $200 for the Syrah, La Sangre.

Dees recognises Jonata is in a good position but knows he and his team deserve it.

“We were so fortunate with those first vintages and we were in an unproven place back then. When people thought of California they thought of Napa – and for good reason. It has 40-50 years of producing world class wines. Now people are embracing the fact that we’re not Napa. We’re six hours south from there and we don’t have to be those wines.”