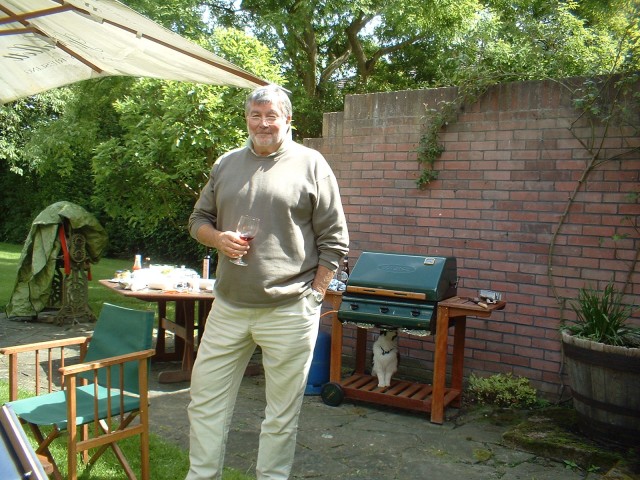 Having left behind early careers as an electrician and nightclub bouncer, McLean found his feet in the wine trade with a job promoting Pol Roger Champagne to the Australian market. His success saw the brand rise to become the country’s third biggest selling Champagne house.

After a spell transferring his brand building skills to Petaluma, in 1988 McLean was invited to become shareholder and managing director of St Hallett, at the time a little known winery in Barossa Valley whose production was largely weighted towards fortified wine.

McLean’s modernising drive focused on the St Hallett flagship Old Block Shiraz, with the addition of a wider range of white and red wines. As the business grew, he acquired the nickname “Sir Lunchalot” after being spotted having lunch in two restaurants on the same day. McLean responded that he was simply supporting his customers.

In 1992 McLean made his first visit to the UK, a trip that inspired him to encourage fellow Barossa producers to bring their wines to this market. The result was a series of major London tastings, which helped to raise the region’s international profile.

When Lion Nathan acquired St Hallett in 2001, McLean turned his attention to producing wine from his own vineyard on the border of Barossa and Eden Valleys under the McLean’s Farm label. He also continued his work to promote Barossa and its wine whenever possible.

Craig Smith, director of Australian Wine Agencies and agent for St Hallett during McLean’s time there, recalled his friend’s “typical positive attitude” after being diagnosed with liver cancer last year, reporting: “In a conversation a few weeks ago he described himself ‘as being in a good place’.”

Paying tribute to this energetic character within the Australian wine industry, Smith said: “Bob McLean will be greatly missed by his many friends in the UK wine trade. There will surely be a great party somewhere in the great beyond, where he joins his great friends, Peter and Doug Lehmann and Michael Cox among others.”

McLean is survived by his wife, Wilma, his children Adam and Sarah and much-loved grandchildren.