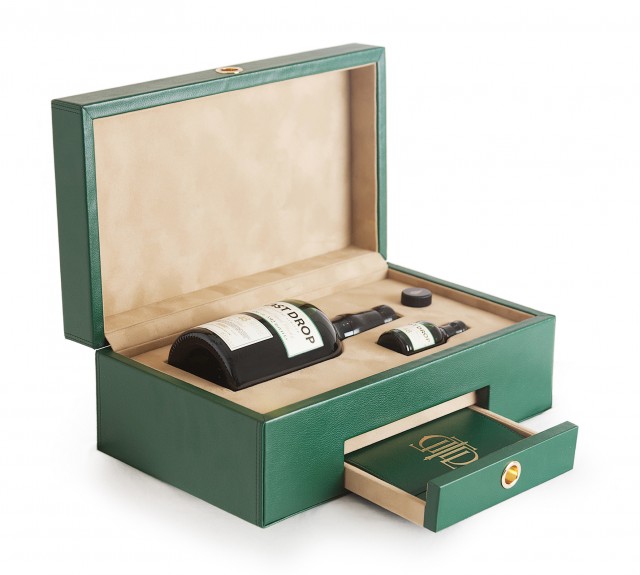 The 592-bottle release represents only the fourth limited edition bottling from The Last Drop Distillers since the UK company was founded in 2008 by a group of spirits industry veterans.

This latest release saw its youngest components laid down in 1965, although many parts of the blend are considerably older, with some of the malt coming from distilleries that have since ceased production.

The bottling is drawn from a small batch of the original blend, which was transferred into ex-Bourbon casks 27 years ago and matured at “one of the oldest traditional warehouses in the Highlands of Scotland.”

Bottled unfiltered at a cask strength of 48.6% abv, the product is packaged in a green leather case with cream suede lining and is accompanied by a 50ml miniature. A drawer in the display case contains a leather-bound booklet, certifying the bottle and offering space to add personal tasting notes.

Priced at £2,600 per bottle, or $4,000 in the US, the whisky is described as offering “A smooth, complex, honeyed flavour with a slow release of ripened peaches, pear brandy and toasted oak wood.”

While overall sales of Scotch whisky in the UK are declining, with the Scotch Whisky Association reporting a slide of nearly 5% last year, there is evidence that demand for rare expressions continues to rise.

A review by specialist consultancy Rare Whisky 101 indicated that single malt sales in the UK soared by 68% in 2014, despite a drop in value sales for market leader The Macallan.