A record number of collectable bottles of Scotch were sold at auction in the UK last year, though market leader The Macallan saw its value weaken by 7.5%. 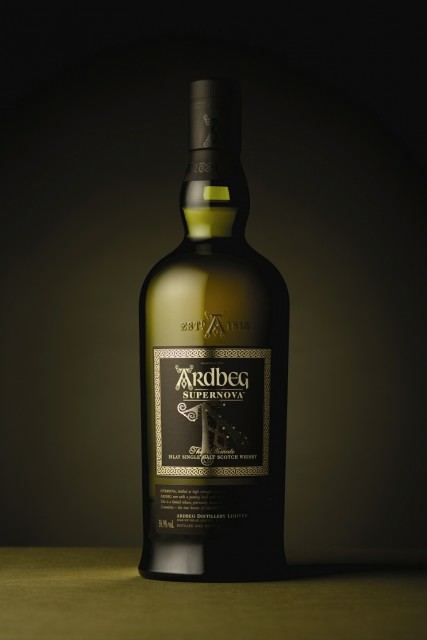 According to a review compiled by whisky consultancy Rare Whisky 101 (RW101), the number of single malts sold in 2014 soared by 68%, leading to a 69% per cent increase in the value of collectable bottles to £7.656m.

Bottles from “silent distilleries” that are no longer in production led the value growth, while leader The Macallan, which accounts for 25% of the value of the UK rare whisky collectors’ market, saw its value fall by 7.5%.

The RW101 review analyses the price of every bottle of rare Scotch sold at auction to determine the value of the UK market and the most collectable bottles. Prices for rare and collectible Scotch have boomed in recent years.

The Rare Whisky 101 produces a number of indices to track the most valuable and investable bottles along with the best and worst performing distilleries.

“The most striking change to the landscape of collectable Scotch in 2014 is Macallan’s movement from top place down to seventh place in the investors index,” said co-founder of the Rare Whisky 101, Andy Simpson.

Limited edition and modern Macallan bottles bore the brunt of the falls – The Royal Marriage, Coronation and Diamond Jubilee bottles had a combined worth of £3,190 at the end of 2013, which fell by 18% to £2,625 by the end of 2014. 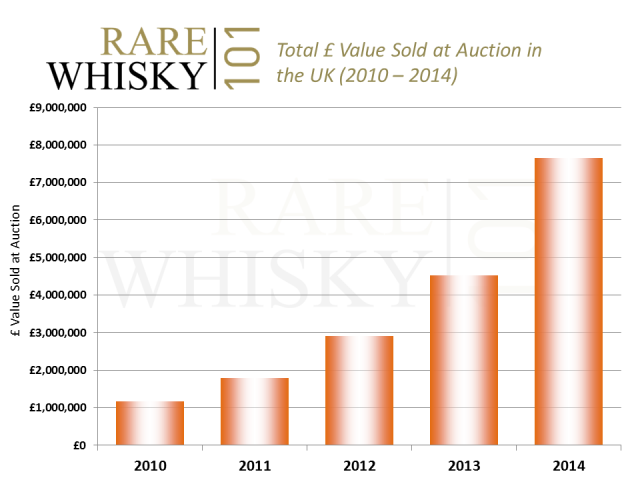 Virtually all “silent distilleries” performed well, with Banff, Littlemill and Glenugie becoming increasingly scarce and sought after, leading to a rise in value.

“Investing in whisky has certain advantages over wine – it doesn’t require the cool conditions that wines demand, bottles must be stored upright but can be kept in almost any environment,” Simpson said.

“As a result, whisky can be kept in pristine condition, and thankfully, there is no evidence that whisky spoils like wine after decades or even centuries and will not turn to vinegar,” he added.