Château Montrose CEO Hervé Berland told db today that the 2014 vintage is one of the property’s best wines of the past two decades. 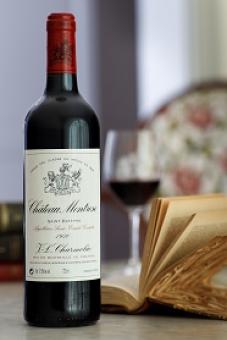 “This is one of the top, top vintages of the last 20 years,” he said during a tasting of the 2014 vintage at the château today, reflecting his confidence in the quality of the harvest, which has been already been declared a “miracle vintage” by Nicolas Glumineau, general manager for Roederer’s Bordeaux estates.

However, while the majority of château owners have said that 2014 is the best vintage since 2010, Berland suggested that last year’s harvest may have produced an even better wine for Montrose.

Indeed, he said that last year’s crop had produced something with more generosity and approachability than the tannic and high quality 2010s.

Due to the prolonged sunny and dry weather from September until late October in Bordeaux, Berland told db that his team of pickers could go back to select bunches from the same parcel as many as six times, selecting the ripest berries according to sugar content, as well as phenolic ripeness, which is assessed by tasting the grapes.

Notably, he said that great vintages at Montrose were those with a high proportion of Cabernet, before pointing out that the 2014 contained 63% Cabernet Sauvignon, higher than in the first-class harvests of 2010, 2009, 2005 or 2003.

“Great years for Montrose have a high proportion of Cabernet Sauvignon,” he stated.

Berland also told db that Montrose would be trialing biodynamics on a new 1.5 hectare planting this year.

Berland recorded, “Our first experiments are proving that this is right direction,” he said, pointing out that the Montrose’s exposed and windy site in Saint-Estephe may make farming without the use of chemical sprays easier because such a setting ensured that the vines didn’t suffer from mildew or rot.

Montrose is owned by French billionaires the Bouygues brothers, who bought the second-growth property in 2006, and have already invested over €55m in renovating the barrel cellar and winery.