Today at ProWein the Institute of Masters of Wine and the drinks business announced Egon Müller as the recipient of the 2015 Winemakers’ Winemaker Award. 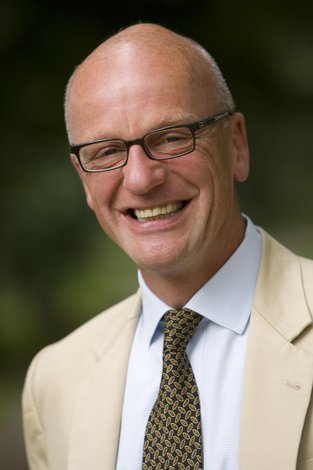 The honour, which has been awarded every year since 2011, recognises outstanding achievement in the field of winemaking. The winner is chosen by a panel of winemaking peers that comprise all Masters of Wine who are winemakers, plus the award’s past winners: Peter Sisseck of Dominio de Pingus (2011), Peter Gago of Penfolds (2012), Paul Draper of Ridge (2013), and Anne-Claude Leflaive of Domaine Leflaive (2014).

Egon Müller said: “I was both surprised and very pleased to hear that I had been awarded this prize – and it gives me particular pleasure not only to be singled out in this way by my fellow winemakers but also to be given this award by the Masters of Wine who have always stood for an ethical wine trade. The Scharzhof estate has a winemaking history that predates the six generations of my family by many hundreds of years – possibly back to the Romans – and I am very glad that my families care and concern with honouring this long and illustrious history is recognised in this award.”

Egon Müller, son of Egon and Eleonore-Charlotte Müller, was born in the great summer of 1959. The story goes that his father gave him a drop of 1949 Scharzhofberger feinste Auslese before his first drink of mother’s milk.

He was raised on the estate of Egon Müller Scharzhof and went to school at Friedrich Wilhelm Gymnasium in Trier, the only school that had its own wine estate. After school he went to work as an intern in France, first at Château Pichon Lalande and then at Château Yquem. He then studied Oenologie at Fachhochschule Geisenheim.

After Geisenheim he spent a year in the USA at the Robert Mondavi Winery and with Château and Estate Wines in New York. After working for 6 month in the Yamanashi winegrowing region in Japan, he went to work permanently with his father at the family estate, which he took over in 1991.

In presenting the award, Sarah Jane Evans MW, chairman of the Institute of Masters of Wine said: “I am delighted to be presenting this award to Egon Müller. He is recognised globally for the exceptional quality of his wine and his uncompromising standards. He also represents the commitment to excellence which is at the heart of the Institute’s work. We are especially pleased that he becomes the first German winemaker to be honoured with this prize here in his homeland.”