A group of Italian winemakers is threatening legal action against British pubs and bars marketing sparkling wine on tap as “Prosecco” calling the practice illegal. 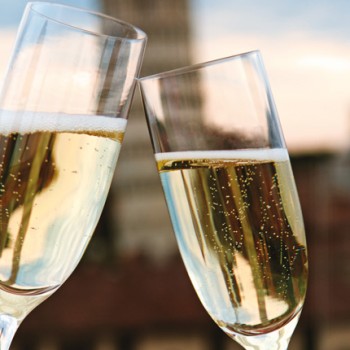 With the UK’s Prosecco boom showing no signs of slowing, pubs and bars have tapped into the trend by offering up the Italian sparkler on draught, with the vast majority marketing it as “Italian sparkling wine”.

However Prosecco producers have mounted an attack against establishments claiming to be serving “Prosecco” in the format, citing a 2009 law that states that “Prosecco wine shall be marketed exclusively in traditional glass bottles”.

Any establishment marketing their wine on tap as Prosecco, rather than Italian sparkling wine, is breaking the law according to the region’s winemakers who, with the backing of the Italian government, have rallied against the practice in the UK.

The group has called upon the UK’s Food Standards Agency and Intellectual Property Office to crack down on the “illegal” marketing of Prosecco in bars and pubs across the country.

“If prosecco is sold on tap then it is no longer prosecco – it needs to be served directly from the bottle,” Luca Giavi, the director of the consortium of winemakers in the Valdobbiadene-Conegliano area of the northern Veneto region, told The Telegraph. “We’re just trying to protect consumers – if they order a glass of prosecco, then that it what they should be getting. We’re safeguarding the reputation of prosecco – the producers of Champagne or Chianti or Barolo would do the same for their wines.”

Establishments who refuse to rebrand their “Prosecco” kegs as Italian sparkling wine could be prosecuted for fraud under the European Union trading regulations and fined up to €20,000, according to Stefano Zanettin, president of the consortium.

The row follows what has been an outstanding year for Prosecco with the category experiencing staggering growth. with global sales overtaking Champagne for the first time. In the UK the Italian sparkler achieved a 74.6% uplift in the year to 20 July 2014, according to figures from Kantar Worldpanel, while one of the country’s biggest on-trade suppliers, Bibendum, reported a 295% surge in super-premium Prosecco sales with a 150% rise for premium Prosecco.