UK wine merchant Laithwaite’s has launched the world’s first guide to wine and insect matching in response to the growing trend for edible critters. 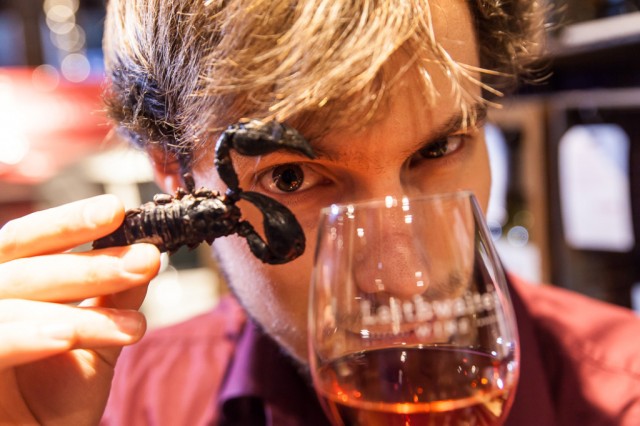 The guide includes ten different wine and critter pairings, including mealworms with Viognier, locusts with Moscatel and crickets with Albariño.

Commonly eaten in parts of Asia, Latin America and Africa, certain insects are being touted as the superfood of the future due to their high protein content.

René Redzepi of Noma in Copenhagen, currently ranked as the World’s Best Restaurant, hit the headlines in 2012 when he served live ants at his A Taste of Noma pop-up at Claridge’s.

After extensive tasting, Redezpi chose a certain breed of ant that shares a chemical component with lemongrass, giving the critters a citrus flavour.

The bugs were sourced for the experiment from Selfridges, Harvey Nichols and “gourmet” insect shops Crunchy Critters and Edible Uniques.

Laithwaite’s is considering including the tasting notes for the matches in select cases of its wines.

Click through for the wine and insect matches chosen by the merchant. 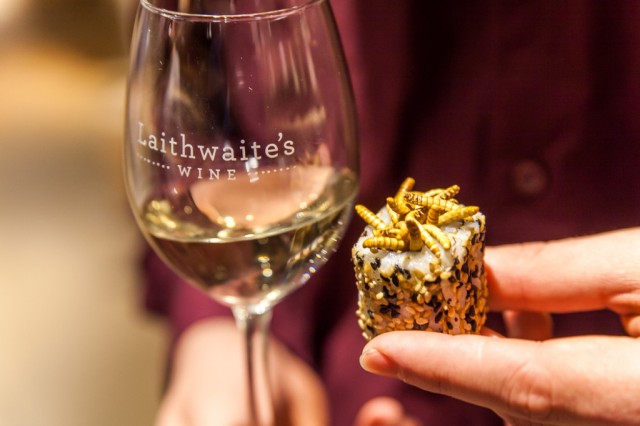 Mealworms – Commonly enjoyed as a taco topping or standalone snack. Match their nutty taste and light, crunchy texture with a crisp Clare Valley Viognier wine that has just the right combination of fruit and richness (Prospector’s Riesling Viognier 2013, Clare Valley, £9.99).

Zebra tarantula – The body and legs have slightly different flavours, although both taste similar to fish. Tarantulas are normally eaten deep fried, so think cod and chips. A lively full-bodied Chardonnay will stand up to the complex fishy flavours of the Tarantula. (Collovray & Terrier Chardonnay 2013, £8.99).

Asian forest scorpion – Scorpions have a strong, bitter flavour and are normally eaten with sweet chili sauce. Paris Street Rosé is full of rich sweet fruit made from full-bodied Transylvanian Pinot Noir, so it has enough body to cut through the combination of sweet and sour: an exotic wine for a more exotic insect (Paris Street Rose 2013, Dealu Mare, Romania, £7.49). 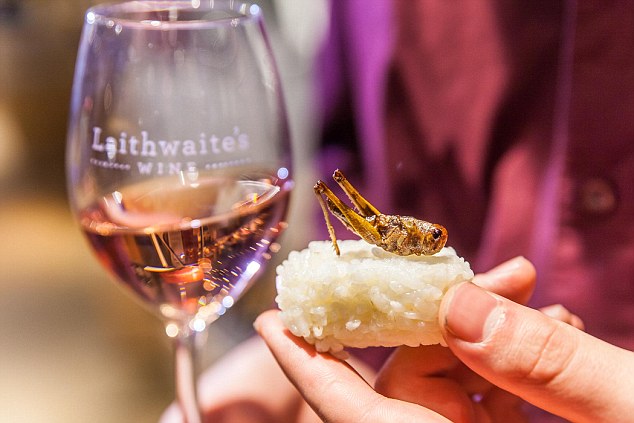 Crickets – The flavours are difficult to distinguish in crickets so they are often prepared with garlic and salt. Nevertheless, the nutty flavour that comes through means a perfect fit is a rich full-bodied white wine like Albariño. This wine comes from the seaside of Galicia in North West Spain so is laden with the salty sea air: perfect to cut through these little critters (Sendero des Santos Albariño 2013, DO Rías Baixas, £8.99). 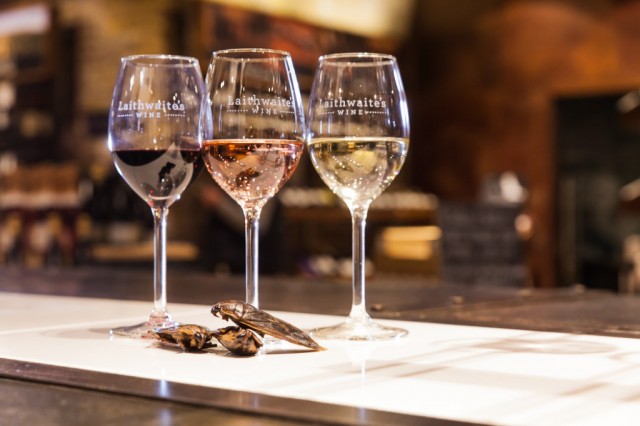 Giant waterbugs – The meat inside the waterbug’s body tastes like a sweet scallop, while the head has hints of anise, so you’ll need a wine that matches well with seafood and stronger flavours. A dry sherry, and a fino at that, is the only choice here. The crisp citrus and nutty flavours will complement the complex flavours of the waterbugs (Bodegas Gutierrez Colosia Fino NV, £7.49).

Chocolate-dipped locusts – These locusts are essentially a savoury dish as they taste a bit like sunflower seeds, but gain sweetness from the chocolatey coating. We’ve gone for a rich and robust wine with loads of sweet fruit to stand up to these flavours, made in a style which has endured for centuries. Locusts, too, have been enjoyed for centuries so there is a synergy with the insect’s heritage and this particular wine (Cabalié 2013, Côtes Catalanes IGP, £8.99).

Garlic chapulines – Chapulines have an earthy, grassy flavour and a very crunchy texture, so we recommend a creamy dry Champagne. It will match well with the  crunch and the earthy, mushroom-like  flavours (Comtesse de Bellefleur Grande Réserve Champagne NV, £14.99).

Sago worms – These worms have a distinct taste similar to bacon so you need a big, meaty red with loads of punch to match that savoury flavour. McLaren Vale Shiraz is fresh, with red fruit and spice (RedHeads Tomahawk Shiraz 2013, McLaren Vale, £10.99).