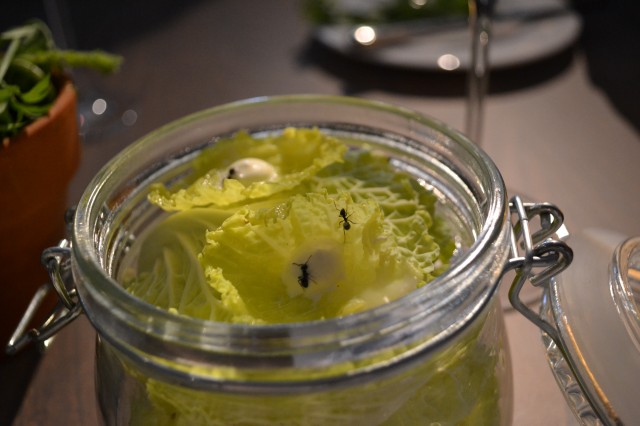 db was lucky enough to wangle an invite to the hottest ticket in town (after the Olympics) courtesy of the lovely girls at Stir PR to the A Taste of Noma pop-up at Claridge’s. Throwing down the gauntlet from the start, head chef Rene Redzepi served an amuse bouche of live Danish ants, which cleared customs that morning, on a bed of lettuce leaves dolloped with crême fraiche. We can report that the ants tasted distinctly like lemongrass and were tickly on entry! 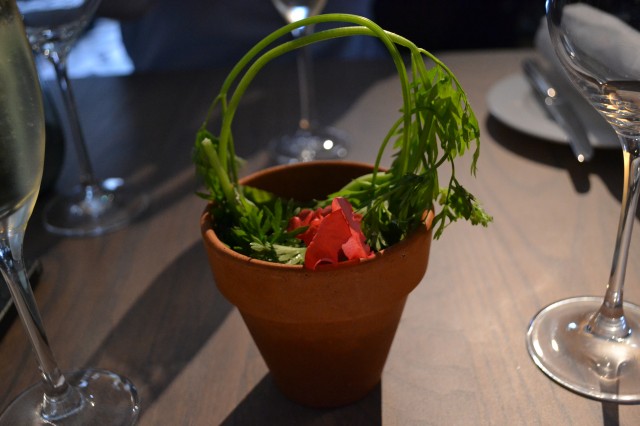 Having barely digested the ants, we were then treated to an edible plant pot, filled with radishes, carrots and chocolate and coffee soil swimming in a pool of liquid avocado. The quirky creation, which we were advised to eat with our hands, left us feeling like Peter Rabbit rummaging through Mr McGregor’s garden. 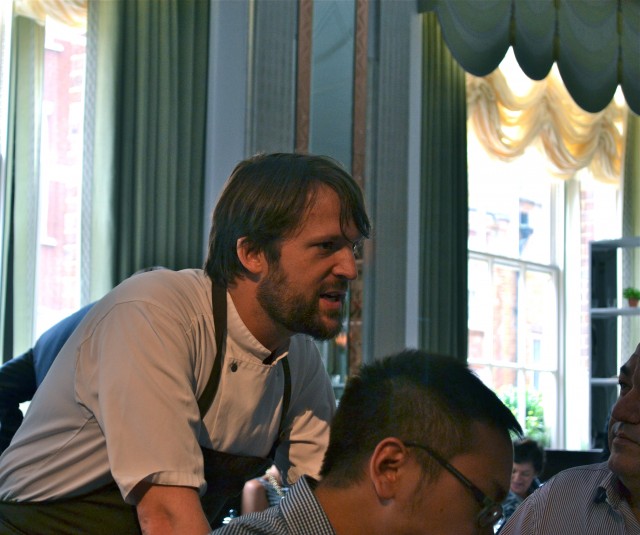 In between courses, head chef of Noma – voted the best restaurant in the world for the past three years – Rene Redzepi, mingled with animated diners at Claridge’s. 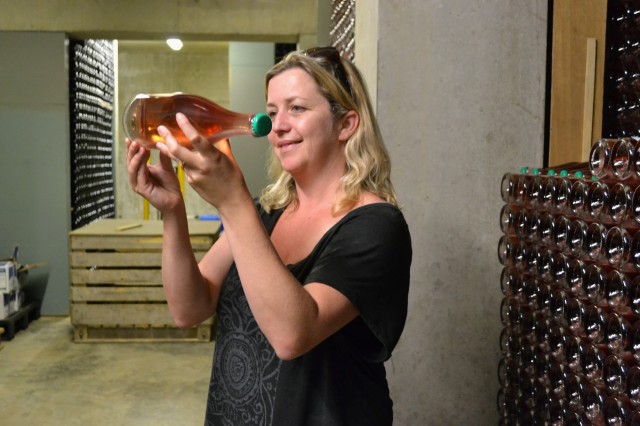 db also found time this week to go on an English wine road trip, starting off at Ridgeview in East Sussex where we were shown around by the affable Mardi Roberts. 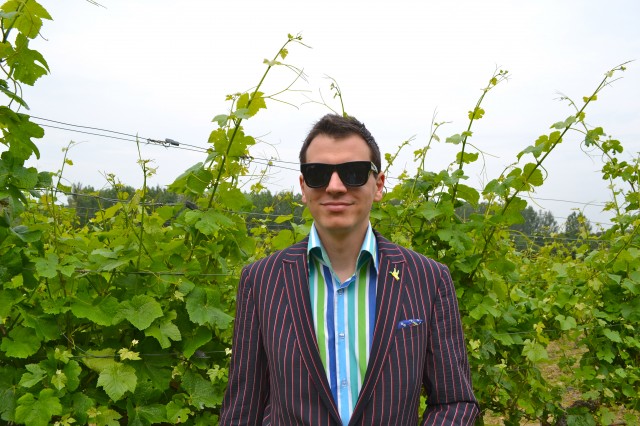 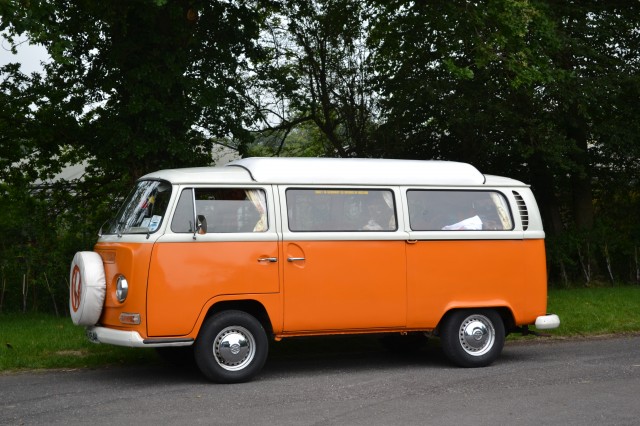 Getting team db from A to B was Jeff, the orange, vintage VW camper van, owned by Jimmy Smith, director of the West London Wine School. He refused to start on a few occasions and conked out on the motorway once or twice, but got us to our final destination – Cornwall, in the end. 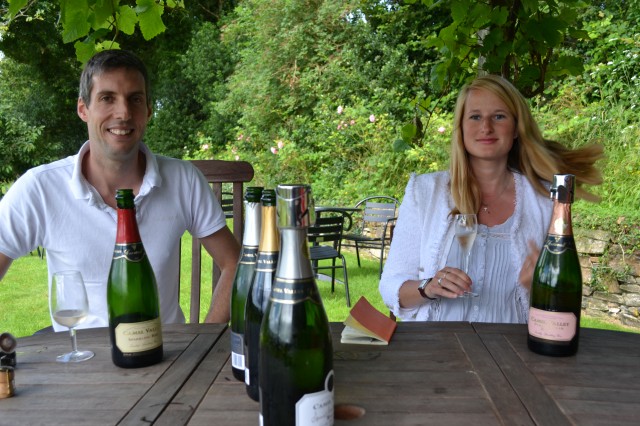 After finally arriving in Cornwall, db’s Lucy Shaw was treated to a tour and tasting at Camel Valley by winemaker Sam Lindo. 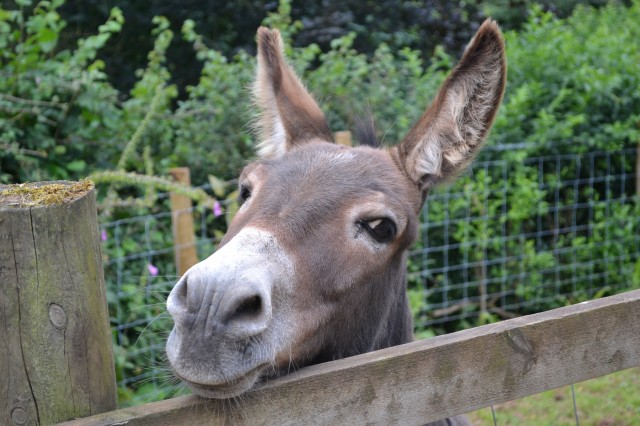 En route to Cornwall, we stumbled across this little guy, who, much to Tobias’ dismay, was also called Toby. 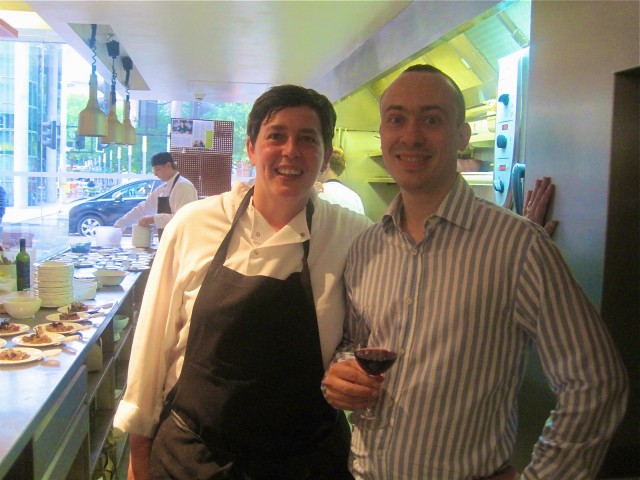 Former Duck Soup head chef Cinzia Ghignoni and wine writer Matt Walls catch up over a glass at the re-launch party of The Table restaurant in Southwark, where Cinzia will be cooking up inventive small plates to be matched with wines chosen by Walls, with Italy making a number of cameos on the list. 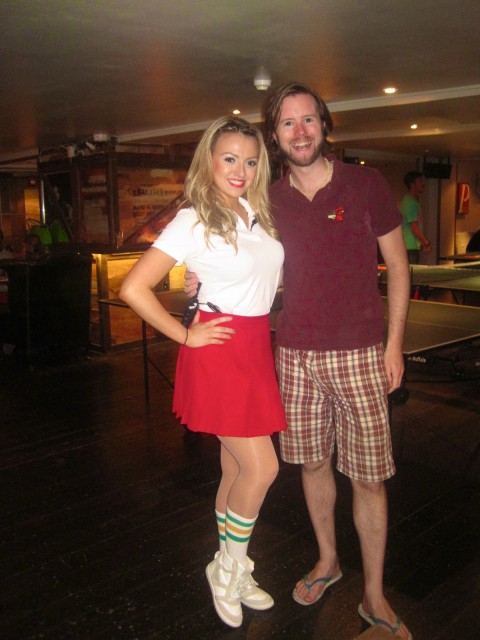 Jimmy Smith, owner of the West London Wine School, looks like the cat who got the cream at the launch of table tennis and pizza venue Ping in Earl’s Court. 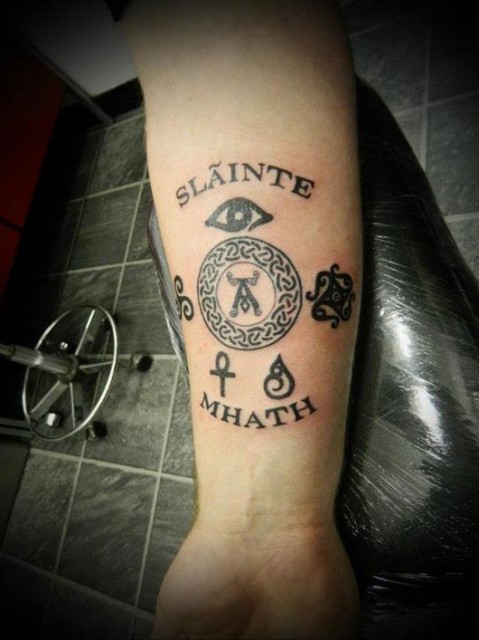 Tom Thomson sent in an image of his tattoo. It features the Ardbeg logos and the logos Isle of Jura’s bottlings of Origin 10yr, Superstition, Diurachs Own 16yr, Prophecy and Elixir along with the Gaelic Expression “Slainte Mhath” which translates as “Good Health” and is the traditional toast when sharing a whisky with friends. 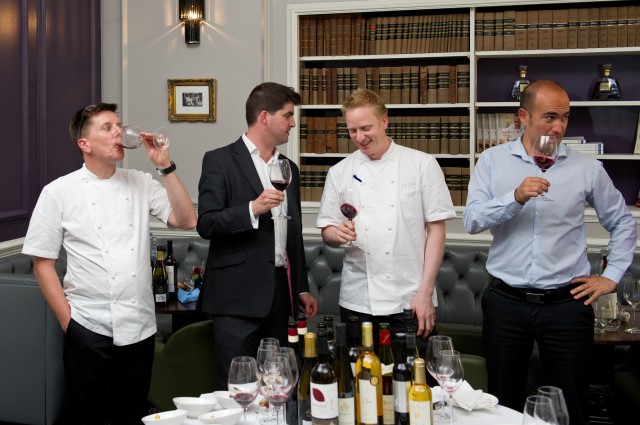 This picture is also involved in our Facebook caption competition. The best caption for this photo wins a bottle wine. Enter on Facebook. 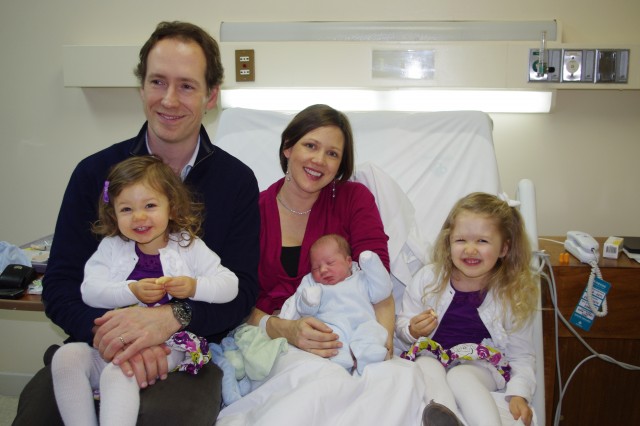 On 30 July Miguel Sebastián Torres Andrews was born. His weight was 3’76 kg (around 8 pounds 3 ounces) and he was born in Chile. Congratulations. 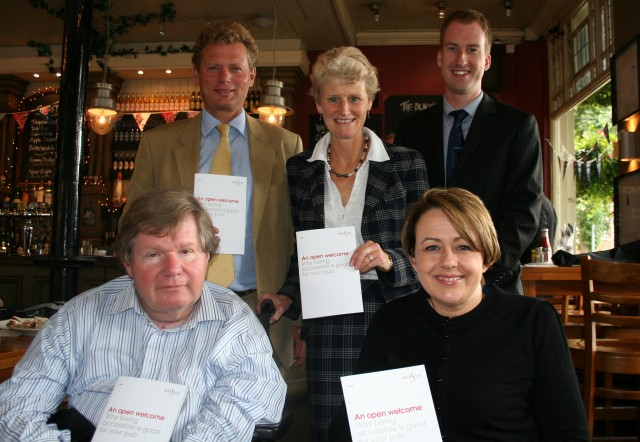