It seems that U2’s scuppered generosity of late is continuing, as they this week sent guitarist and recovering alcoholic Slash a case of beer. 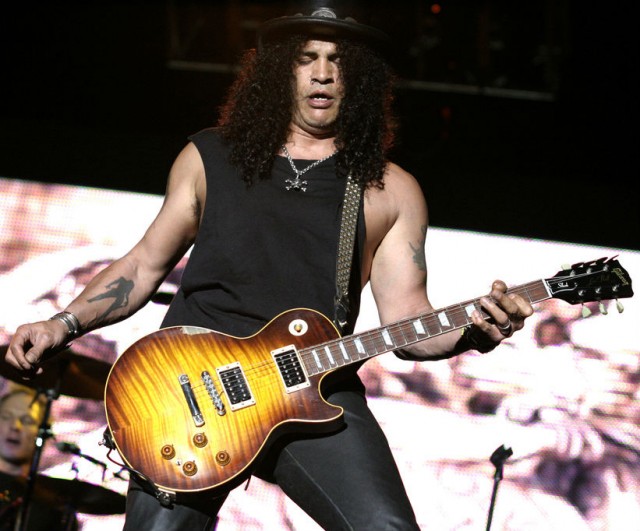 Following the recent criticism the band received after releasing their latest album, Songs of Innocence, free on iTunes for all of its users, the Irish rockers would be forgiven for shying away from dishing out the gifts for a while.

But it seems their bad luck is continuing, after a simple gesture to a fellow musician went awry.

Rock guitarist Slash, formerly of Guns N Roses, stopped off in Dublin this week as part of his tour with new outfit Myles Kennedy and the Conspirators.

And as Dubliners themselves, U2 felt it right to welcome him to the town with a case of beer – seemingly unaware of Slash’s well-documented past alcoholism and his subsequent struggles to recover.

However, the case of Guinness was at least met with gratitude from the rockstar, as he tweeted his thanks to his 3.1 million followers.

Many thanks to @U2 for the “Welcome to Dublin” case of Guiness! The only thing I miss about being sober. iiii]; )’

Slash told the Daily Record in 2010 that giving up alcohol had been one of the most important career decisions he had made, saying, “I don’t wake up and make a cocktail first thing in the morning these days. I don’t have a lot of vices I have to deal with first thing.

“I was a slave to my addiction, and had to take care of those first, so I don’t have that any more.”