Chablis producer William Fèvre has released a limited edition glow-in-the-dark bottle aimed at “hipsters” in a bid to attract younger consumers to the brand. Illustrated with ultraviolet ink and glows under UV lighting revealing a graffiti-style design, the 12.5% abv wine is aimed at clubbers and partygoers.

The bottle also features a QR code on the back that links to a 360° animation and a level indicator allowing clubbers to monitor how much of the wine they have drunk. Its makers describe the wine, which is aged for eight months in stainless steel, as boasting a “refined bouquet of citrus and acacia” along with “richness and minerality that are characteristic of the appellation.” Fèvre produced its first vintage in 1959. Now owned by Champagne house Joseph Henriot, the domaine includes 15 hectares of grand cru vineyards. 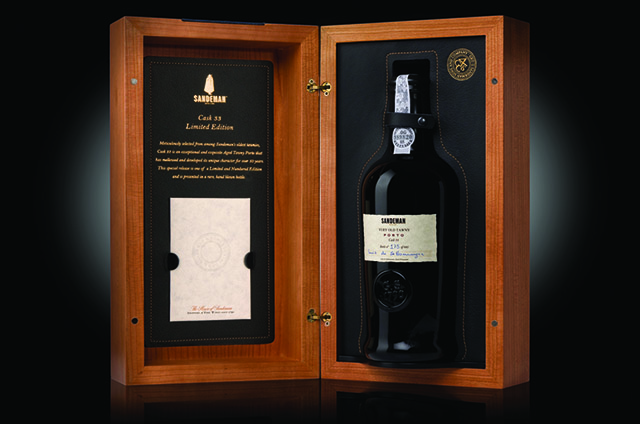 Taking advantage of the current thirst for ancient tawny, Sandeman is celebrating its 225th anniversary next year with the release Cask 33 Very Old Tawny Port. Just 685 bottles of the Port have been produced from cask 33 at the Sandeman cellars in Vila Nova de Gaia, which contains wine of up to 70 years old and an average age of 600 months. Cask number 33 was chosen from a collection of 40 for this limited edition release.

Wine from the cask is usually used as part of the blend in the house’s collection of aged tawnies; however, it had remained untouched for the last two years. “Back in January, on the lookout for something special to celebrate our 225th anniversary, we found that cask 33 showed such a promising evolution and great character that we singled it out for this limited edition release,” said Sandeman’s chairman, George Sandeman. 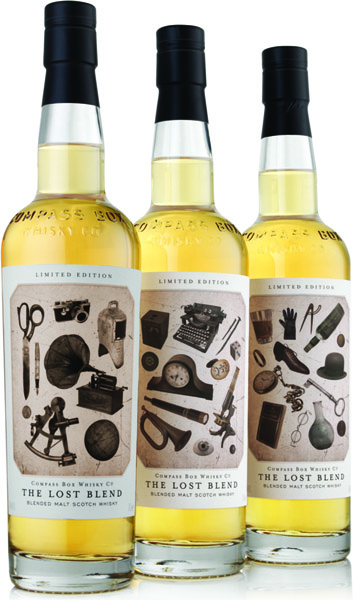 The latest release from Compass Box, The Lost Blend, is a trio of single malts that pay homage to the long lost Eleuthera whisky, and boast the same smoky signature style. After a decade of searching, whisky maker John Glaser was finally able to track down the unique whiskies earlier this year. “In 2001, we created our first single malt blend which we called Eleuthera.

It was an elegant marriage of 80% unpeated Highland and 20% peaty Islay single malts. After three years, we were no longer able to obtain one of the key whiskies required for the recipe so we retired Eleuthera in 2004. I’ve been looking for whiskies that we could use to bring it back without any luck. Until now,” says Glaser. Bottled at 46%, the trio are packaged in a gift box adorned with lost items from scissors, clocks and typewriters to trombones.

Sparking perry brand Babycham has released its first two flavoured variants since the brand was created in 1953. Popular when the brand was founded, cherry soda and cream soda were chosen for their retro feel. Available across the UK at Asda, brand owner Accolade hopes the innovation will attract new consumers.

“Since Babycham updated its packaging at the beginning of the year, we’ve seen renewed interest from retailers and consumers alike, which has led to the development of these two new flavours,” says marketing director for Accolade Wines, Amy White, adding, “The range is establishing itself as a year-round drink but with Christmas approaching we also have a range of gift packs.” Babycham was the first alcoholic drink to advertise on national TV in the ‘50s.

Truman’s has celebrated the first anniversary of its return to brewing in London with a “re-imagination” of one of its most popular beers. Ben Truman 1883 Export Pale Ale is based on a recipe from the Victorian era and uses eight hops – from Britain, Bavaria, Bohemia and the US – to create a 6% abv Pale Ale available in cask at select London pubs and in bottle via the Truman’s website.

“We wanted to mark Truman’s return to East London brewing with something special – and Ben Truman Export is just that,” said managing director James Morgan, who describes the brew as “strong and complex” with aromas of “orange peel, lemon and biscuit.” 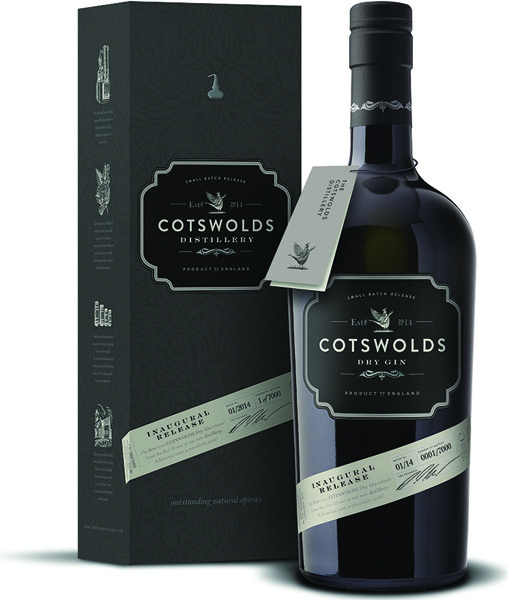 Adding to the already booming gin category is newcomer Cotswolds Dry Gin. Made from a blend of nine “carefully-considered” botanicals including juniper, coriander and angelica root, the expression of the traditional London dry style comes from a 12-hour maceration into pure wheat spirit. A botanical mix of Cotswolds lavender, bay leaf, fresh grapefruit peel, fresh lime peel, black pepper and cardamom seed is then added into the still for distillation before finishing with naturally refined Cotswolds water.

The result, according to its makers, is “a classic well-balanced juniperled gin with crisp citrus and spice.” The brand is so new, the distillery only began bottling the stuff last month but has managed to secure a listing at Fortnum & Mason, where it goes on sale this month. “We’ve worked hard to create a quality, small-batch gin that reflects the heritage of the Cotswolds,” says founder Dan Szor. 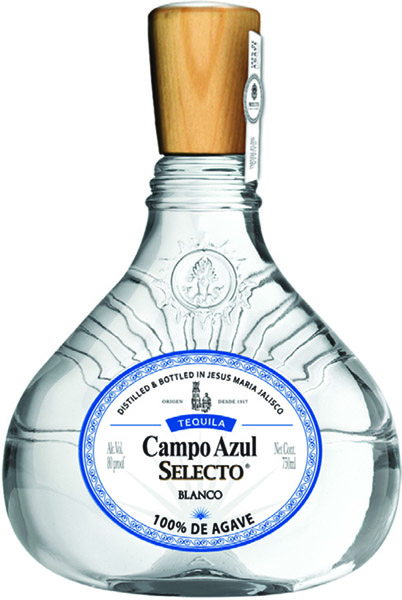 Tequila brand Campo Azul has a shiny new look for autumn. In a bid to appeal to a sophisticated crowd, the labels have been pared down and are more simple and clean in appearance, while the plastic cap has been replaced with wood. The Blanco expression is made from 100% Blue Weber Agave plants within Campo Azul’s own plantations in Jalisco in order to ensure quality.

Blanco Tequila is unaged and bottled immediately after distillation, or aged for less than two months in stainless steel or neutral oak barrels.

Each of the whites come from the 2014 vintage, while the reds hail from 2013 and 2012. “Our Cleefs range is a tribute to Nicholas Cleef, his vision and his belief in this land as having great potential to produce exceptional wines. The Cleefs range is linked to our history and will play an important part in our future as it helps us and our UK agent Hatch Mansfield to extend our offer to independent sectors of the trade,” said estate owner Kobus Basson.

Vodka brand Solichnaya has launched its second packaging innovation aimed at clubbers and partygoers. Following on from the success of its glow-in-the-dark label launched last yet comes the second Night Edition, the label of which comes alive when chilled. The frosted glass bottle has elements printed in temperature activated ink, with the design becoming visible when the bottle is chilled to under 15C.

The intricate label design includes a DJ, shakers, drinks and music symbols, with the heart on the front of the bottle growing horns to symbolise the transformation from day to night. Going on sale at select airports this month, the bottle will be rolled out globally next January. “We’re thrilled to be launching our Night Edition 2014 at TFWA World Exhibition in Cannes,” said Stoli’s travel retail drrector, Jean-Philippe Aucher.