Overshadowed by Bordeaux and Burgundy and yet to take off in Asia, the Rhône still offers plenty of excitement and value. 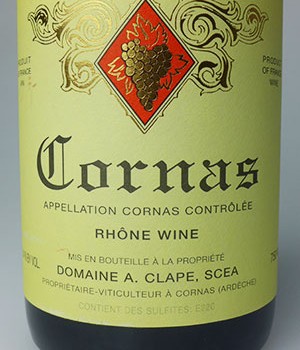 Rhône specialists – Yapp Brothers have just issued an archive release of older vintages from the northern Rhone and Châteauneuf-du-Pape. Among the gems are white and red hermitage from the mid-1980s from Domaine Jean-Luis Chave and Cornas from the late 1990s from Domaine Auguste Clape.

According to Yapp’s Bianca Ford, there has been keen interest from the on-trade. “I think these older vintages are giving very good quality wines at fairly decent prices. Sommeliers are looking for new lines with more London restaurants starting to compose Rhône lists. Ford said: “The Rhône is definitely up and coming from the last few en primeur campaigns I’ve done, and in a way the high price of Bordeaux has helped.” Yapp’s 2013 prices are set to be released early next month.

“I think from a price quality ratio, the northern Rhône offers customers an awful lot,” added David Roberts MW, buying director at Goedhuis, though he admitted en primeur is still minute compared to Burgundy. “The problem is introductory Crozes Hermitage doesn’t necessarily encourage people to trade up to a £350 case of Côte Rôtie or top-end Hermitage. In my view there’s a massive gulf.”

Justerini & Brooks will be releasing its 2013 Rhône wines with a selection of older vintages on 17th November. “Rhône sales are generally pretty healthy,” said buying director, Giles Burke-Gaffney. “But they’re not capitalising on the general broadening out of the market in the way Burgundy and Barolo have been.”