France’s wine production could reach 46.5 million hectolitres this year, a rise of 10% on last year, according to the French Agriculture Ministry. 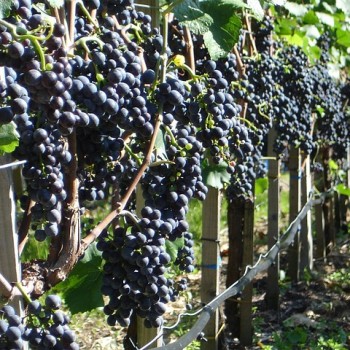 A report by the French Agriculture Ministry has predicted the 2014 vintage could reach 46.5 million hectolitres, up from 42.37 million last year, reaching its highest level in three years.

The predicted boost follows two unusually small harvests in France caused largely by hail and grape rot, with a warm and dry September said to have largely rescued the 2014 vintage.

The Ministry said the prediction had been reduced from 46.93 million hectolitres a month ago due to grape damage in Alsace and Languedoc-Roussillon, the latter having suffered severe floods last month.

The second biggest boost is predicted in Jura where production volumes are expected to rise by 46%.

Burgundy and Beaujolais are predicted to see volumes rise by 9%, despite the region suffering from severe hail in June, while in Champagne production is expected to rise by 13% to 3.2 million hectolitres.

The Languedoc-Rousillon is forecast to experience the biggest drop in production with levels expected to drop by 11%, due in part to recent flooding and a spring drought.

While France’s volumes are predicted to rise Italy is said to be facing one of its smallest harvest since 1950 while Spain has predicted volumes of 40.35 million, a drop of 25%.

Should France reach its predicted yield, it would re-take the crown from Italy as the world’s largest wine producer.