The 2008 vintages of Penfolds Grange and non-first growth crus classés took centre stage in the fine wine world this week. 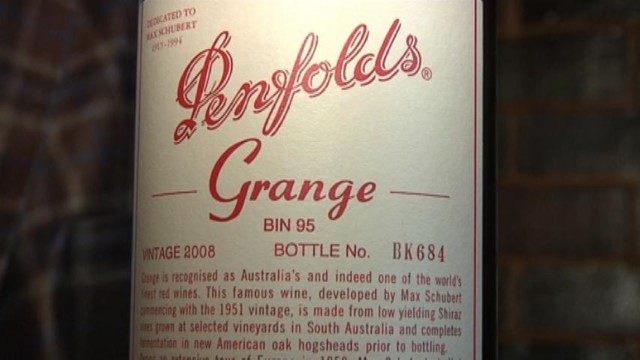 Recently the first growths saw a boost in trade but just last week it was Penfolds Grange 2008 that took the lion’s share of trade by value (9.4%) and a decent amount by volume too (3.4%).

At just over £3,000 a case it rivals many first growths in price and has the good fortune to be a Wine Advocate 100-pointer too.

Liv-ex stated on its blog that Bordeaux’s weekly share of trade dropped from 76% to 68.7%, driven sown largely by a surge of trading in US and Australian wines, but the first growths continued to hold a steady 35% of that total.

Indeed Mouton’s 2002 and 2003 vintages were among the top wines traded by value and the estate accounts for some 40% of all first growth trade.

Meanwhile, Cos d’Estournel’s 2008 was one of the top wines traded by value and volume and Pontet-Canet’s 2008 vintage a strong volume driver.

Liv-ex noted: “Traders also seem to be finding value in 2008 Bordeaux: the vintage claimed 20% of Bordeaux trade by value, more than double any other vintage.”

One of the cheapest en primeur vintages of recent years, there was enormous room for the 2008s to appreciate and they did as soon as they became physical in 2010.

Parker touted it as “a vintage that smart money will seek out” and, coming as it did at the crescendo of Chinese buying power, the châteaux were quick to court the new market in the east.

Lafite in particular lead the way with the addition of the Chinese number eight symbol on its bottles, while Mouton saw pre-release prices jump by over £2,000 a case in a month alongside rumours that the artist for the label would be Chinese as it did eventually prove to be.

Between 2011 and today prices of the 2008s dropped 56% – the worst-performing of the “off” vintages which on average only saw their prices drop 28% during the fine wine slump.

Which of course means that prices are down to levels that make them attractive and appealing to merchants and buyers alike.