While spirits brands are known for their derring-do approach to branding and fearlessness about taking risks in order to appeal to a broad swath of consumers, wine brands are often accused of being stuck in the dark ages when it comes to packaging and design. Not this lot. 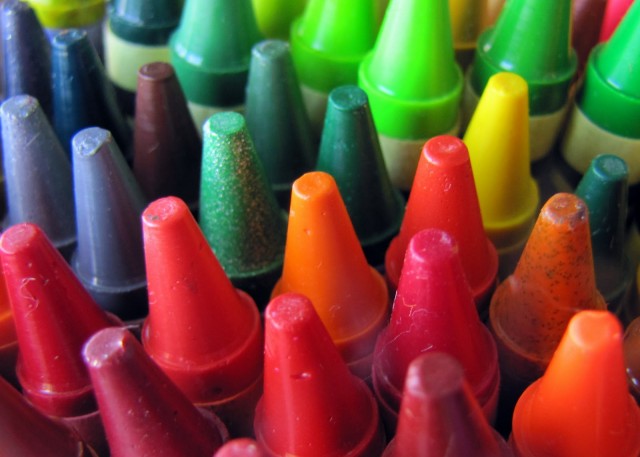 From the radical release of a paper wine bottle and an Oregon Pinot Noir in a can, to a trio of Languedoc drops in chic-looking handbags, wineries are throwing out the rule book when it comes to design and are shaking up the often stuffy wine world in the process.

While the 75cl glass bottle will always have its place, particularly for fine wines, entry level wines allow for more experimentation on the design front, though even one of the Grande Marque Champagnes has gotten in on the act.

While the release of Château Lafite in a can is still a long way off, encouraging progress is being made as wineries begin to look beyond the confines of green glass. Read on for our top 10 wacky wine designs. If we’ve missed one out, let us know in the comment box below. We’d also love your thoughts on the individual designs. 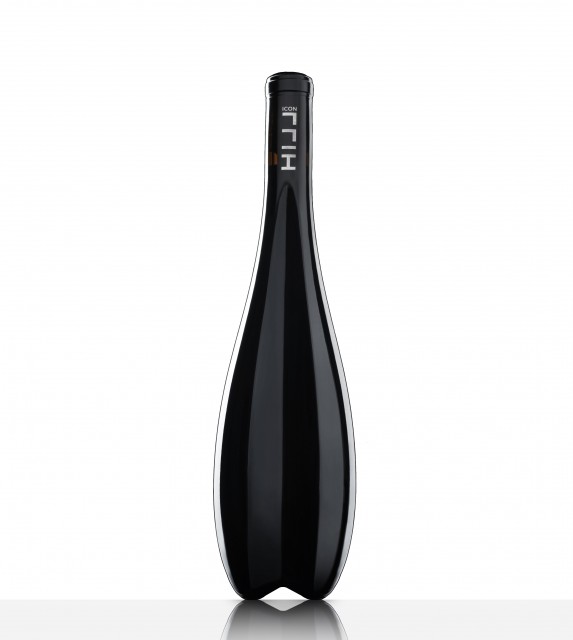 Last October, Iraqi-British architect Zaha Hadid designed a bespoke teardrop-shaped wine bottle for Austrian producer Leo Hillinger for his Icon Hill 2009, of which just 999 bottles were made. Known for her curvaceous structures, the bottle’s elongated form is inspired by the shape of a drop of wine and boasts, says Hadid, “a light, tiptoeing footprint.”

A dimple in the base meanwhile, provides a thumb hold for pouring. The bottle shape was created using NURB-based software, while the glassware was formed in cast-iron moulds. Both the bottle and its packaging seem to take cues from the world of fragrance. 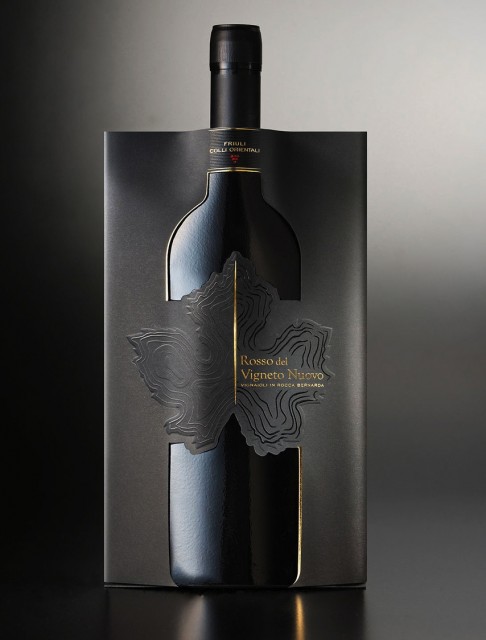 Milan-based creative agency Reverse Innovation has come up with a novel take on the wine pouch in a bid to rid bag-in-box wine of its low quality image. The sleek black design scooped an award in the Wine & Champagne category at The Dieline Awards 2014, run by packaging design website The Dieline.

Dubbed “Wine Pouch (R)evolution”, the agency aimed to strip bag-in-box wine of its negative associations via an innovative design where practicality and aesthetics collide. Working with Friuli-based estate Gigante on the project, Reverse Innovation weaved elements of the estate’s history and geology into a contemporary design.

Reinterpreting the classic “Bordeaux” bottle via a play on solid areas and empty space, the matt finish of the outer packaging contrasts with the glossy pouch. Via the use of blind embossing and UV varnish, the centre of the outer layer pays homage to the terraced vines planted on undulating slopes in the vineyard, in a graphic shaped like a vine leaf. The Dieline described the design as offering “a pioneering approach to a very traditional packaging sector”. 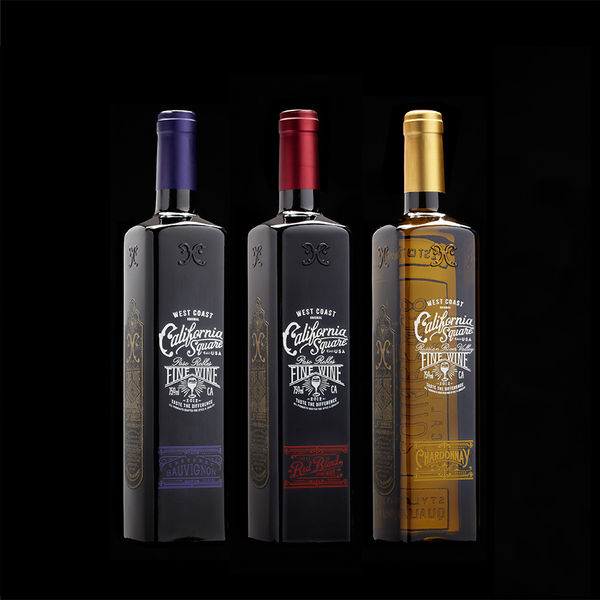 The California Square range comprises a 2012 Russian River Valley Chardonnay, a 2012 Paso Robles Cabernet Sauvignon and a 2012 Paso Robles red blend made from Petite Sirah, Syrah, Sangiovese, Zinfandel, and Merlot. Each of the wines were made by Truett-Hurst’s chief winemaker, Virginia Marie Lambrix.

Based in Healdsburg in Sonoma County, Lambrix is hoping consumers will reuse the quirky bottles as vases, candle holders and olive oil containers. “Introducing alternative packaging onto the market is tricky – the wine inside has to over deliver and create a memorable impression for the consumer,” she said. 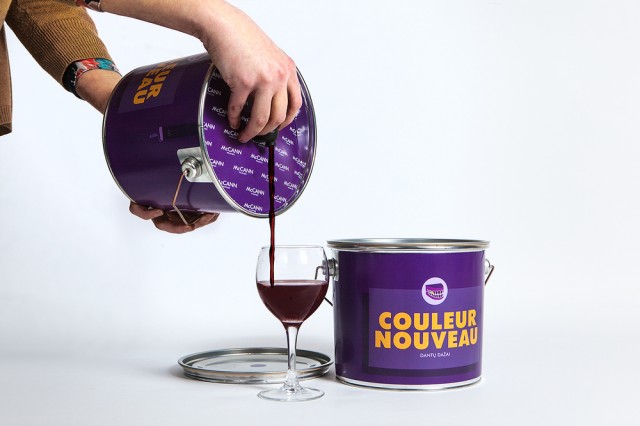 Playing on the fact that red wine stains your teeth, this April a Lithuanian advertising agency has launched a wine housed in a paint can. McCann Vilnius, the oldest ad agency in Lithuania, which has worked for the likes of BMW and L’Oreal, has released Couleur Nouveau in a purple paint tin. The agency creates a limited edition wine packaging design to coincide with the release of the latest vintage of Beaujolais Nouveau each year.

Seeking to push the boundaries of wine packaging and offer a fresh perspective, the agency’s latest offering pokes fun at wine’s ability to paint your teeth purple.

The packaging features a colour chart on the back of the can indicating the colour your teeth will turn depending on how many glasses of wine you drink. According to McCann Vilnius, the limited edition tins have become an “instant hit”. Designed as a promotional stunt, the tins were lined with plastic so as not to spoil the wine inside. 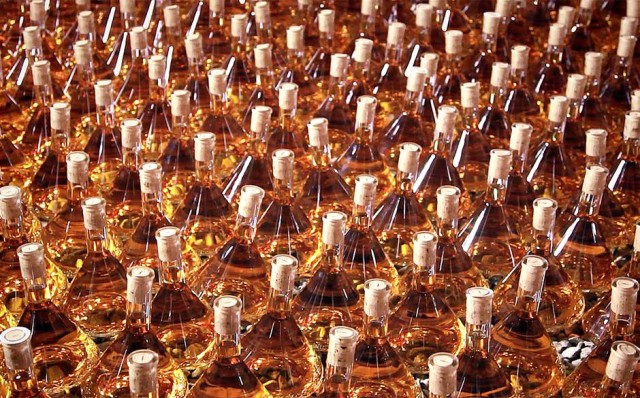 This July, the president of Italian kitchenware firm Alessi made his debut in the wine world with a trio of wines housed in conical glass bottles inspired by a Leonardo da Vinci sketch. Christened “Leo”, the bottle, which looks like a laboratory flask, is the first object Alberto Alessi has directly put his name to, having overseen the production of hundreds of kitchen accessories by the likes of Philippe Starck and Michael Graves.

The bottom of the flasks are etched with a pattern inspired by the knots of da Vinci, which appear in a number of the artist’s paintings, including the Mona Lisa and the Lady with an Ermine.

Each of the bottles are individually numbered and include the year of production. Alessi is hoping consumers will keep the bottles after drinking the wine inside and reuse them as vases, decanters and candlesticks. “As a wine consumer, I’ve always been surprised at the amount of time and energy required to dispose of the empty bottles,” he said.

“The empty bottle, an object not without dignity, and indeed often having a highly aesthetic quality but destined to a sometimes laborious disposal, is an ethical issue for people like me who work in the world of objects,” he added. 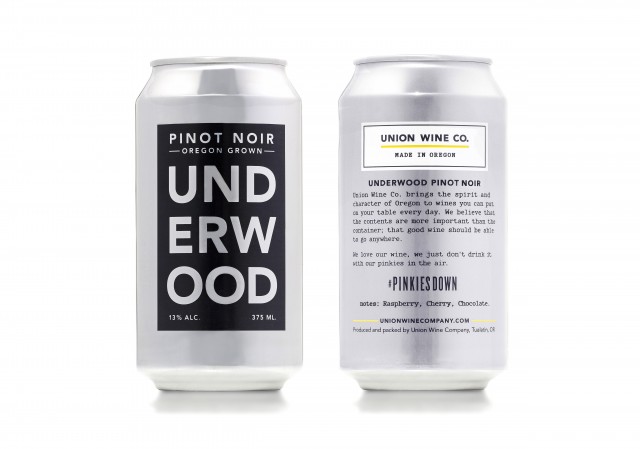 Last November, Oregon-based producer Union Wine Company caused a storm in a wine glass when it released a Pinot Noir in a 12-ounce can to try and encourage the “beerification” of wine among consumers. The cans, traditionally used to house the likes of Budweiser and Miller Light, went on sale this year at US$5 each.

The idea for the cans, carrying both Underwood Pinot Noir and Pinot Gris, came after a trial run at Portland food and wine festival, Feast 2013, proved a hit. Union Wine Company’s owner, Ryan Harms, is hoping the cans will help make wine more accessible to a new breed of consumers.

In addition, his cans will save the company around 40% on its packaging costs. “We wanted to come up with a product that embodied our company’s philosophy of making great craft wine minus the fuss,” Harms said. “There is a ‘winification’ of beer going on and we are at the forefront of a new trend – the ‘beerification’ of wine.

“We want to be a part of everyday celebrations. These wines are more about immediacy, and the can is an extension of that thinking,” he added. Emblazoned with a Twitter friendly #PinkiesDown call to arms, the back of the can reads: “We believe what goes into the glass is more important than the type of glass it is being poured into.” 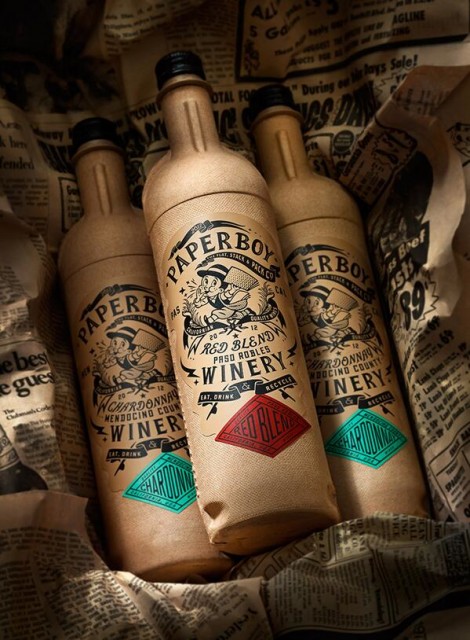 In November 2011, the world’s first paper wine bottle was created. Made from compressed recycled paper and weighing a mere 55g, its carbon footprint is 10% of that of a glass bottle. The brainchild of Suffolk-based entrepreneur Martin Myerscough of GreenBottle Ltd, he retained the wine bottle shape in an attempt to reassure consumers.

Last November, it went on sale in the US under the Paperboy brand in collaboration with California producer Truett-Hurst, with a label designed by Stranger & Stranger.

While the outside of the bottle boasts a black ink retro graphic of a freckled, hollering paperboy, the inside contains a recyclable sleeve similar to those found in boxed wine, allegedly making it “ice bucket friendly” for up to three hours.

While Paperboy Mendocino Chardonnay and Paperboy Red Blend from Paso Robles are both doing well at US supermarket Safeway, it hasn’t’ been such a good year for GreenBottle, which went into administration in February just three months after the bottle’s commercial debut. 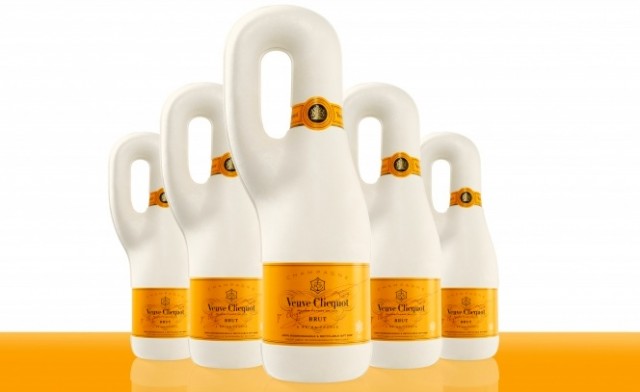 Champagne house Veuve Clicquot has made a name for itself for being at the forefront of design innovation, housing bottles of its brut non-vintage Yellow Label in everything from sardine tins to Smeg fridges. Its latest innovation pushed the envelope even further.

Created by French designer Cédric Ragot, last September the brand released Naturally Clicquot, a bottle cover made from potato starch and biodegradable recycled paper that promises to keep the fizz cold for up to two hours if chilled in a fridge beforehand.

Featuring a user-friendly handle, the cover sends out a strong message about the brand’s green credentials. Inside of each Naturally Clicquot package is a bottle of Brut Yellow Label. In keeping with Veuve’s other Yellow Label design innovations, the quirky creation carries no extra cost to a standard bottle of the fizz, making it even more appealing. 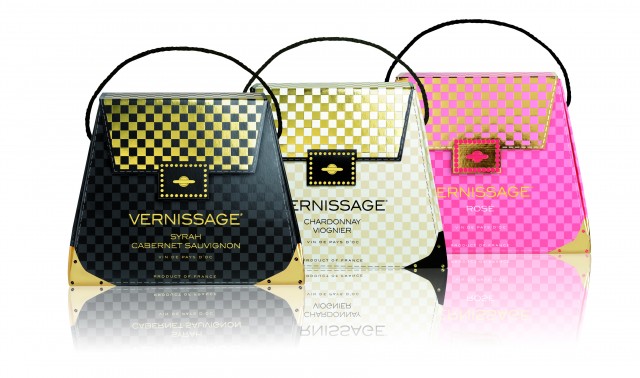 Last June, Swedish company Vernissage started selling its boxed wines shaped to look like designer handbags in the UK due to unprecedented consumer demand. Keen to appeal to fashion savvy consumers, in 2012 Vernissage released the chic trio in the US and Europe in a bid to sex up boxed wine’s unfashionable image.

The wines went on sale in the UK last summer via The Exceptional Wine Company. Created by Stockholm-based graphic designer Sofia Blomberg, the “Bag-in-Bag” wines are made at the Nordic Sea Winery in Sweden.

Comprising a Chardonnay/Viognier blend, a Syrah/Cabernet Sauvignon blend, and a Syrah rosé, the range is made from grapes grown in the Languedoc. The wines are packaged in a handbag corresponding to their colour – white, black and pink, finished with a black cord handle and a pop-out spout at one end. Developed by Blomberg to make the wine inside easy to carry, the 1.5-litre handbags, priced at £25.99 each, are designed to be enjoyed on-the-go. 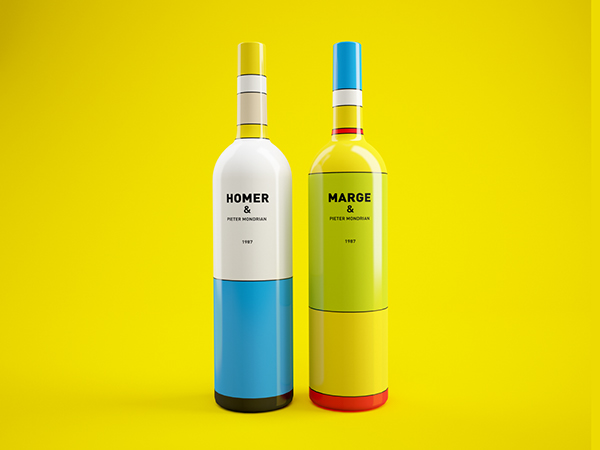 Topping our list is this colourful duo created this July by Russian designers Constantin Bolimond and Dmitry Patsukevich. Inspired by Homer and Marge Simpson, the wine bottles take colour cues from the outfits of the famous cartoon couple. The quirky bottle design was also in part inspired by the grid-like artworks of Dutch painter Piet Mondrian, who worked from a palate of black, white and the three primary colours.

Dubbing the project “Wine, or maybe not?” The bottle’s back label states: “The drink was brought to life together with the cartoon characters in 1987. “Maybe it is wine, maybe not. We are inviting you to find out yourselves. The contents has been kept secret for 26 years.” The wine design might come as a bit of a surprise to fans of the animated sitcom, as Homer Simpson is known to be a beer drinker, favouring fictional brew Duff.