Gerard Depardieu will not be the next chief winemaker of Crimea, after its acting head said the position would be filled by a local resident. 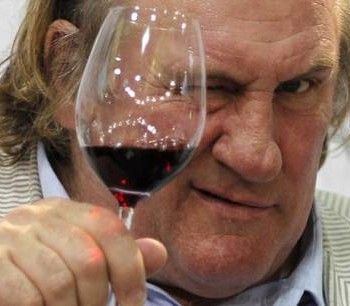 Earlier this week Igor Zotov, a Russian politician, suggested that the French-turned-Russian actor  would be the perfect candidate to head up a proposed new wine agency in the Crimea with the aim of helping to expand its fledgling industry.

Zotov said: “It would be good for the region if Depardieu, a globally known expert on wine production, headed a state agency or a public organization of Crimean winemakers.

“This would attract the attention of the Russian and global public to Crimean wine, which not only isn’t inferior to products of the world’s best winemaking regions, in terms of quality, but is even superior to them in some respects.”

However Sergey Aksyono, acting head of the Black Sea republic, put a stop to speculation on Monday, as reported by Russian newspaper itar-tass.com.

He said: “I respect Gerard Depardieu as a professional actor. But unfortunately I don’t know anything about his winemaking experience,” Crimea’s head said.

While Aksyonov did admit the actor’s advice and ideas on wine could be useful, the region’s chief winemaker would be a local resident.

Depardieu renounced his French citizenship in 2012 following President Francois Hollande’s proposals to impose a 75% tax on the countries wealthiest, and was granted Russian citizenship in January 2013 by President Vladimir Putin.