Roca brothers hook up with The Macallan

Joan, Josep and Jordi Roca of the “world’s best restaurant”, El Celler de Can Roca in Girona, Spain, have collaborated with single malt Scotch, The Macallan. 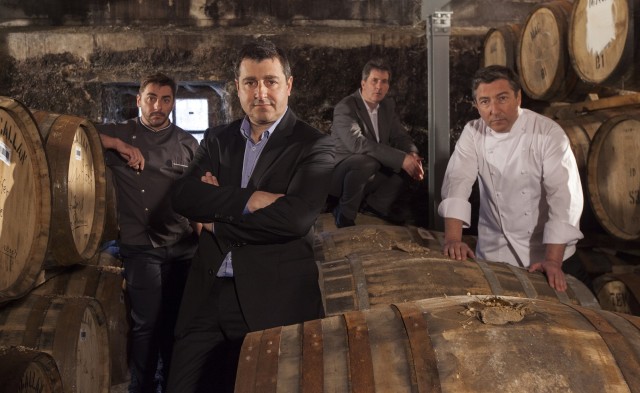 The Macallan Masters of Taste will see The Macallan and the Roca brothers unite to create “an ultimate experience in taste.”

According to Ken Grier, director of The Macallan, the collaboration will “break down classic perceptions of food pairing and enter into a new world of taste and flavour experience.”

As part of the partnership, six charity dinners, costing US$10,000 per head, will be held at El Celler de Can Roca this June and July, with the net proceeds going to charity.

The dinner will involve dishes designed specifically to pair with the flavour and character of The Macallan range, with unreleased single cask malts through to M, The Macallan in Lalique 62 year old and the oldest single malt ever released by the distillery all set to be on pour.

Usually closed on Sundays and Mondays, the restaurant will be opened especially for the events.

“We are honoured to be collaborating with the Roca brothers to launch this new initiative.

“Joan, Josep and Jordi are not only inspirational; they are world-class innovators whose commitment to their craft is exceptional,” Grier said.

“It is both a pleasure and an exciting challenge to work with The Macallan team. We combine knowledge, effort and hard work with a strong commitment to innovation,” said Josep Roca.