The austerity and anti-corruption drive in China could cost the economy some $100 billion this year, according to a consensus of forecasting groups. Certainly the crackdown on ostentatious consumption by officials and functionaries is being keenly felt by the producers of luxury goods, especially premium spirits. 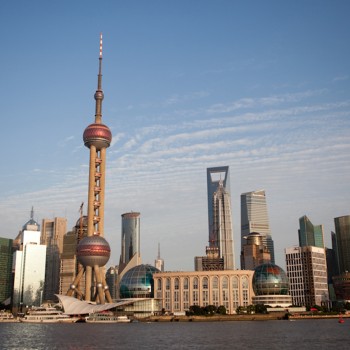 All the leading producers had already warned investors that China’s policies would hit their growth forecasts, but the full impact may not have been appreciated until publication of the latest trading updates from Diageo and Rémy Cointreau, which sent their share prices slumping.

Diageo, which has about 3% of its turnover in China, largely from premium Scotch, blamed the ban on “gifting” for much of its dismal third quarter trading report, which showed organic sales falling by 1.3% when most commentators had expected a 2% rise. Diageo also confirmed that it was recalling stock from distributors of Shuijingfang, its premium baijiu, and replacing them with lower priced offerings. That underlines the impact of Beijing’s drive.

Meanwhile, Rémy was forced to recognise that its policy of focussing so heavily on premium Cognac sales to China had backfired, at least temporarily. It is the leading Cognac supplier in China and this was largely responsible for its worldwide Cognac sales falling by 32.3% in the three months after Christmas following a 30% drop in the third quarter. In its full year to the end of March, Remy’s total group sales were 13.5% lower than in the comparable period a year earlier.

But it is not solely China where spirits groups are encountering strong headwinds in their drive for growth in emerging markets. For instance, Diageo said that sales in the wider Asia-Pacific region fell by 19% during the quarter, where the effects of the China shock were augmented by the political unrest in Thailand.

Turnover was also hit by the surrender of the Jose Cuervo Tequila agency, ongoing currency exchange complications in Venezuela, a marked slowdown in South Africa and adverse changes to beer tax in Kenya. Overall total sales fell by 7.4% in the first three months of this year compared with 2013. To add to the gloom, Diageo forecast that currency fluctuations will chop £300m from its profits for the full year when they are announced in July.

What Diageo did not do, however, was offer guidance on what the weak third quarter trading figures might do to its profits. The group had already abandoned its target of average 6% organic operating profit in favour of a more nebulous ambition to be in the top performance quartile of luxury goods producers. Analysts agree, however, that the group’s earnings are likely to fall by about 5% overall in the year to the end of June.

That would still leave scope for profits growth and the prospect of a further dividend increase, but new chief executive Ivan Menezes will be hoping that the quarterly 1.2% rise in north American sales, the group’s largest and most profitable region, will continue to grow strongly, supported by signs of less weakness in Europe. Events in Ukraine raise question marks there, however.

Rémy’s 16.1% sales slump in the most recent quarter mean that annual sales are almost 11% down in the full year and the company warned that its operating profits will be between 35% and 40% lower when the full results are announced in a few weeks’ time.

And while investors and analysts are willing to give Diageo the benefit of the doubt, allowing that there are strong influences beyond the company’s control in emerging markets, there is less understanding of Rémy Cointreau’s position.

Frédéric Pflanz, the chief executive, left suddenly at the start of the year after just three months in the job. A permanent replacement is yet to be announced. He had been chief financial officer since 2010. Although “personal reasons” were cited for his rapid departure, speculation persists that he clashed with the controlling Hériard Dubreuil family, notably about the concentration on the Chinese market for Cognac. The group is not as globally diverse as its major rivals such as Diageo and Pernod Ricard, nor does it have as wide a spectrum of spirits in its portfolio.

And while Rémy insists that the setback in China is temporary and that it is not changing strategy, observers wonder if the market, especially for ultra-premium Cognacs selling for up to $2,500 a bottle, is undergoing a sea change. Many believe that less prestigious and expensive blends will be the basis of future growth.