When  friends ask me to recommend a wine from a region that they might not have tried before – something a little bit different – I usually always send them in the direction of Austria.

Most everyday wine consumers are not aware that Austria produces excellent wine from both red and white grape varieties. But, for those in the trade, it is old news that Austria’s top wines are capable of standing up to anything else in the world in quality terms.

But, to appreciate how Austria rose to such heights in the wine world, we need to understand its history – it is a story of how an inglorious past has made way for a glorious present.

At the end of 1985, the Austrian wine industry lay in ruins, broken and disgraced. Earlier that year, the story broke that certain wineries had been adding a substance used in anti-freeze – diethylene-glycol – to bulk out and sweeten their wines. Austrian wine exports practically collapsed overnight and its reputation as a winemaking nation was torn to shreds.

The Austrian authorities quickly realised that a quality control system needed to be imposed on the country’s wineries. Lax regulation was replaced with strict new laws, including maximum yields, which were brought in to demonstrate Austria’s commitment to improving the overall quality of its wines. 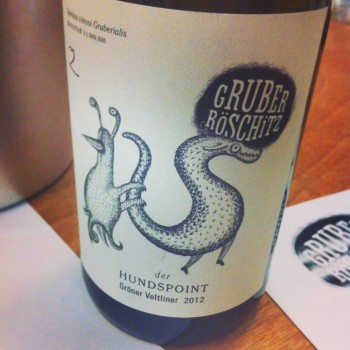 In turn, this kick-started a trend among many of Austria’s wineries to downsize. Statistics show that year-on-year since the late 1980’s, vineyard plantings have decreased, as have the number of wineries and volume of wine produced. As the wine industry consolidated, a clear message was sent to the outside world – bulk was being replaced by boutique.

As part of the rebranding of Austria’s wine industry, a number of Austria’s indigenous grape varieties were put forward to play leading roles. The grape that has above all been fundamental in Austria’s positive wine trajectory is Grüner Veltliner.

Many people see Grüner as producing a younger style of wine with a trademark green apple and white pepper character and refreshing acidity. But, there is no doubt that it can produce fuller-bodied, complex wines capable of ageing. There is no better example of this than the infamous Austria vs. Burgundy tasting of 2002, where Swede and all-round Austrian wine nut, Jan Paulson, organised a blind tasting where a number of Austria’s finest Grüners were pitted against white wines from some of Burgundy’s most lauded villages.

The objective of the tasting, hosted by Jancis Robinson MW and Tim Atkin MW, was to show the outstanding potential of Austria’s Grüner. When all was said and done, the 39 judges had placed 6 Grüners in the top 8 places! The result was not a surprise to those zealots who had been closely monitoring Austria’s rise to winemaking brilliance. But for the vast majority of people in the UK wine trade, it was a wake-up call – in a big way.

Nowadays, Grüner Veltliner has a reputation for being one of the most versatile and food-friendly of grapes – it is the darling of sommeliers, appearing on the wine lists of some of the UK’s best restaurants.

But, whilst most people view Austria as primarily a white wine country, it should not be forgotten that it also produces very good red wine. Quality red wine production in Austria is dominated by 3 grape varieties in particular – Zweigelt, Blaufränkisch and St. Laurent. All three of these grape varieties are capable of producing simple, easy drinking wines as well as more complex offerings. But, for me Blaufränkisch seems to consistently offer the most varietal character and often has an appealing spicy, red fruit character and supported by a good tannic structure. 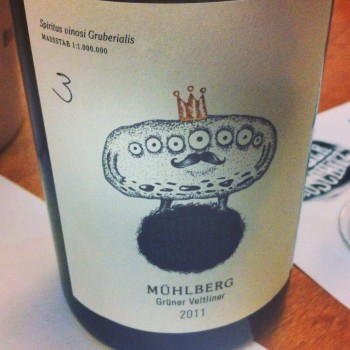 Speaking generally about Austria as a winemaking country, one of its most refreshing characteristics is its youth and energy. Surveying the room at the annual Austrian Wine Tasting in London this year, it was noticeable just how many of the exhibitors were fresh faced. With this youth comes passion which is exciting but, importantly, the quality of the wines I tried reassured me that they also have the technical winemaking ability to complement this creativity and energy.

I’ve had the chance recently to work closely with the folks at the Röschitz Gruber estate. The three Gruber siblings – Ewald (winemaker), Christian (vineyard manager) and Maria (sales manager) – have taken over the family winery from their father.

As a sign of their commitment to creativity and innovation, they made the decision to radically redesign their labels. Their concept was to capture under microscope images of various microorganisms that exist in the vineyards and winery. These images were given to a number of budding designers at a local art academy, who were set challenge of coming up with some designs for their labels.

Some of the genuinely most exciting wines I have tried over the past few years have come from winemakers who are willing to experiment and innovate. Austria seems to be jam-packed with such characters and if it can continue to focus on championing its native grape varieties, I have no doubt that its future will be very bright indeed.