A three-year journey to uncover the world’s least-publicised wine producing countries has started this month beginning with a tour of Africa.

The expedition, led by a 28 year old globe-trotting wine enthusiast from France called Jean-Baptiste Ancelot, has been called Wine Explorers and promises to cover 250 winegrowing regions and visit 1,500 vineyards, as well as taste over 15,000 wines over 1095 days.

The trip, which aims to yield an inventory of every wine producing country in the world, will be the basis of documentaries and books when it finishes in December 2016 and is being supported by Videlot, DB Schenker and Diam Bouchage.

During research for Wine Explorers it was discovered that just 18 wine-producing countries are most commonly covered by the media, with a further 19 that are rarely mentioned, and as many as 55 that are virtually ignored (see maps below).

This means that 74 wine producing countries, representing a third of the world’s total vineyard area and one seventh of production are practically unknown to the public, according to Wine Explorers.

Ancelot’s aim is not only to uncover these hidden areas but also meet the winegrowers which receive little or no media attention.

“It is essential to become acquainted with the men and women making wine, to find out where they come from, to get to know their history and their culture, to understand why they make wine, how they drink it and at which occasions, in order to always taste the fruit of their labor in its original context,” he said.

The first trip will take Ancelot and his team to Africa, where they will meet the winemakers of the Cape in South Africa and Namibia, as well as the island of La Réunion, one of the only French wines in the southern hemisphere with IGP status (Protected Geographical Indication).

They will also visit the vineyards of Tanzania and Kenya – the latter situated at 2000 metres above sea level – as well as Ethiopia, Mauritius, Madagascar, Egypt, Zimbabwe and Zambia.

Ancelot will be travelling with logisitics coordinator Stéphane Diné, cameraman Ludovic Pollet and oenologist Amandine Fabre, as well as researcher Oriane Beloud – and you can view their biographies here.

Meanwhile, over the following pages are the list of the 92 countries Ancelot and his team will be visiting over the next three years as well as the schedule of the Wine Explorers trip.

Some of these places have already been covered by the drinks business as part of its ten unusual wine producing areas, which can be viewed here.

And the following islands: 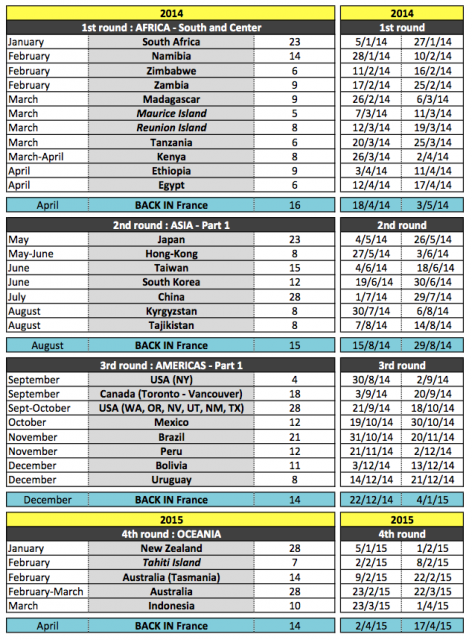 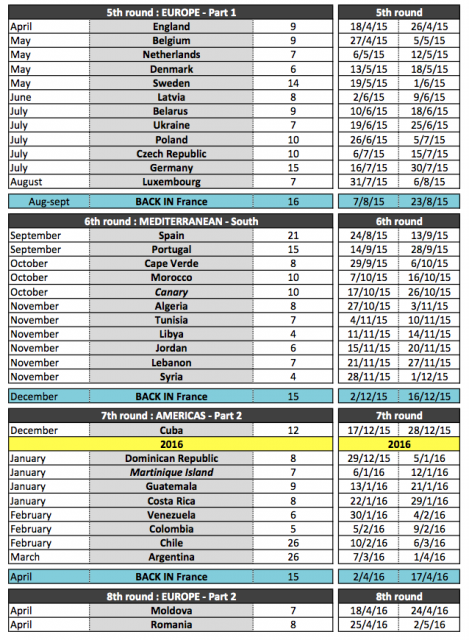 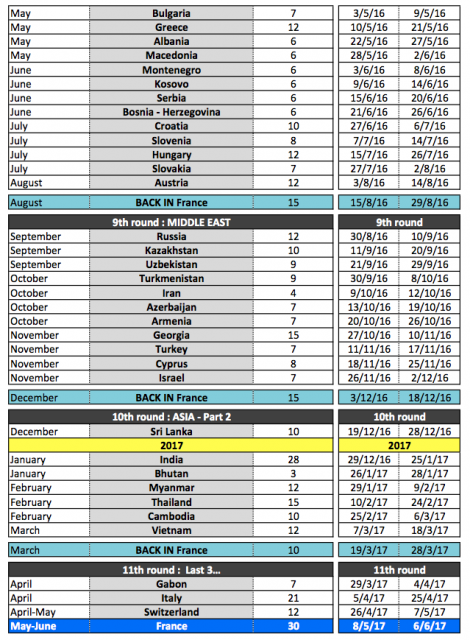 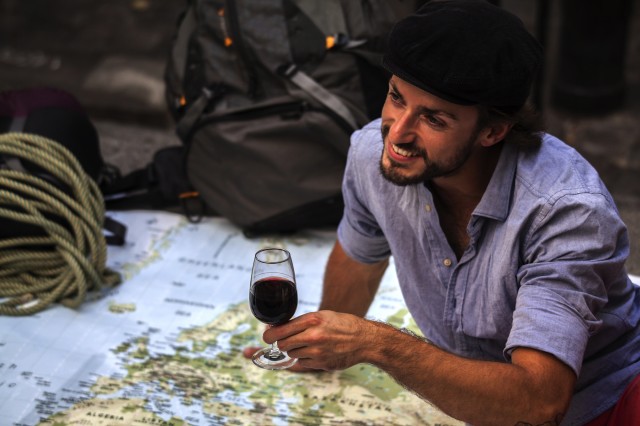