Domaine de la Romanée Conti’s Liv-ex index has put on a strong show in recent years while Bordeaux prices have stuttered, but there is a chance that prices could become unbalanced 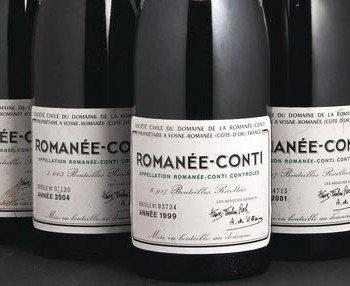 IF THERE is a producer with brand strength to rival the biggest names in Bordeaux, it is Domaine de la Romanée Conti. DRC produces some of Burgundy’s most illustrious grand crus, and relatively large production levels (around 7,200 cases each year) mean that there is enough liquidity for it to have real market momentum. In 2012 the brand took the number 1 spot in the Liv-ex Power 100 – overtaking Lafite, which had held the position for three years.

Bordeaux prices have stuttered over the last couple of years, but those for DRC have held on. While the Liv-ex 50 index fell 24.9% from June to December 2011, the Liv-ex DRC index (composed of DRC’s six brands) rose 10.6%. And kept rising. Over a five-year period, the index has climbed 66.4% – compared with an overall gain of 39.5% for the Liv-ex 50. But at what point does this divergence go too far and create unbalanced pricing?

In Chart 1 we have calculated the average price of all wines in the DRC and Fine Wine 50 index and tracked the historical relationship between these averages (dividing one by the other to create a ratio). As shown, the seven- year average price ratio of DRC and the first growths is 4:1. The ratio has been above this for two years, currently standing at 4.9 to 1, which is close to its record level achieved in June 2012 of 5.1 to 1.

So, which wines have led the charge for DRC’s rise? If we look at price growth for the components of the DRC index it becomes clear that one in particular has outperformed.

Over five years DRC’s flagship wine Romanée Conti has risen 92% – an enormous climb when considered against the other wines in the index, three of which have risen by less than 25%. Over the same five-year period Lafite, for example, has climbed just 63%, but at one point was showing a 170% rise compared to Romanée Conti’s 105% peak in January 2012. But the prices of the two are wildly different: at its most expensive in February 2011, the average cost of a case of Lafite (based on the last 10 physical vintages) was £10,500.

The average cost of a case of Romanée Conti is now £87,000. Like Bordeaux, DRC’s rise can be in part attributed to Asian demand. To many its appeal is obvious. It is a proxy for high-end Burgundy, and the eye-watering prices cement its exclusivity. But austerity measures in China mean that high-value wines are no longer being bought as frequently for government functions and as gifts.

There are also other factors to DRC’s rise. Nobles Crus, the Luxembourg based wine investment fund which has been suspended for not meeting redemptions, has stated that 50% of its portfolio is Burgundy. A large proportion of this by value is DRC.

And it would seem that these factors are beginning to affect DRC’s growth. Over the last six months, as shown in Chart 2, prices have begun to falter. Buyers turned from top Bordeaux because prices had overstretched – is DRC in danger of suffering the same fate?