Austrian winemaker Lenz Moser is in “advanced stages” with two leading supermarkets to bring wines from China’s Château Changyu Moser XV, whom he consults for, into the UK. 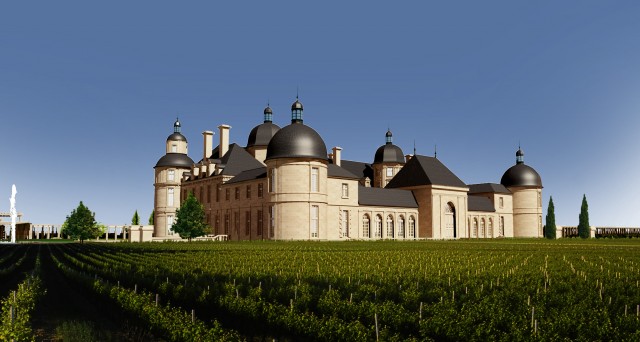 While already on sale in Britain through Berry Bros & Rudd at around £40 a bottle, Moser is currently in talks with “two major supermarkets” in the UK regarding creating an own-label range exclusively for the chosen supermarket.

“We’ve had a very positive response, which is exciting. I think the timing is right – we would never have been able to do this five years ago,” Moser told db.

He revealed that the wines will go on sale for “at least £8-9”, rather than falling prey to deep discounting.

“Selling Chinese wine in the UK is never a cheap proposition as they can sell every drop they make in China so don’t need us for business,” he said.

In addition to the new range, Château Changyu, based in Ningxia, will be launching a second wine in the Bordeaux model called Moser Family Cabernet 2010 in the UK through Berry Bros next January, priced at around £20 a bottle.

Having consulted for the winery for seven years, Moser is confident about the potential of the terroir for quality grape growing in Ningxia, where there are currently 100 wineries in existence and a further 50 under construction.

“Our vines are planted 1,100m above sea level and benefit from warm days and cool nights. It’s very much a continental climate there and is definitely the region to watch for Chinese winemaking,” he said.

“I’ve seen a big quality leap in the Château’s wines in the last few years – it’s not rocket science, I just introduced processes like temperature controlled fermentation and lowered the yields from 30 to 10 tonnes per hectare.

“We manage to make reds that come in at just 12% abv but retain all their flavour. Our Cabernets are where Bordeaux used to be 20 years ago: lighter in colour with less alcohol and sugar.

“They have a lovely pure fruit expression and spicy aromas. There’s a signature spice I’ve found in Chinese wines, which I really like,” he added.

While it took five years for Moser to gain the trust of the estate’s head winemaker, he now describes the joint venture as a successful union.

“The Chinese are very proud people; they were reading books when Europeans were climbing trees, so it took a while for me to gain the trust of the team.

“I help make their wine and in return they sell my Grüner Veltliner in China. It’s been a slow process as 95% of Chinese consumers drink red and no one has heard of Grüner Veltliner, but they’re starting to catch on to our whites.

“I love making wine in China. It’s a challenge but it’s so exciting. It reminds me of where California was 30 years ago – it’s a real land of opportunity,” he told db.

Moser thinks the Chinese have got it right thus far by playing it safe with international grape varieties like Cabernet Sauvignon, Syrah and Chardonnay.

“Unfortunately, I’ve yet to taste a wine made from a native Chinese grape that has the potential to one day be a fine wine,” he admitted.

His next big project is to plant Grüner Veltliner in China: “Everything is in place and we’re currently experimenting with test plantings at Changyu.

But before Moser gets his Grüner project in China off the ground, he will be releasing an example from Cappadocia in Turkey, in addition to a duo made from native Turkish grapes.