International wine consultant Sam Harrop MW has embarked on a private project to show off the quality of his native New Zealand’s “under-rated” Auckland region. 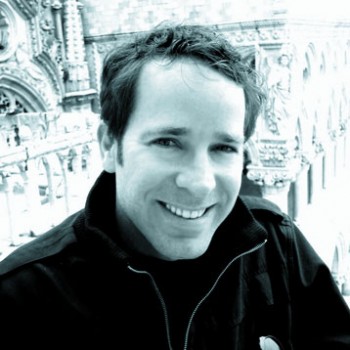 Having leased vineyards on Waiheke Island, at the northern end of the country’s North Island, Harrop has produced “seven or eight barrels” of Chardonnay this year and plans to start making Syrah in 2014.

“When you’re a consultant you don’t touch the wine very often,” he told the drinks business of his motivation for taking on this venture. “I was wanting to get back to getting my hands dirty.”

Outlining an approach that draws on “a lot of the philosophies I’ve used in my consulting,” Harrop, whose recent projects have included work for InterLoire and Portuguese wine brand Tagus Creek, said: “I wanted to make a more mineral style with low intervention.”

In time, he outlined a plan to build the project up to “ideally five or six vineyards”, which would be split between Waiheke, Auckland and the region to the north of the city, while retaining a narrow focus on Chardonnay and Syrah.

Although the region features a broad range of other grape varieties, especially Cabernet Sauvignon and Merlot for the reds and Pinot Gris for the whites, Harrop defended his decision to concentrate on Chardonnay and Syrah. “Those two varieties do really well around Auckland and I just want to specialise in two of my favourite varieties,” he told the drinks business.

“I’ve always thought that Chardonnay’s potential in New Zealand is immense,” continued Harrop. “It’s only a matter of time before it catches up with Australia and I want to be part of that wave.”

Despite admitting his own tendency to encourage the recent trend for “matchstick aromas” in Australian Chardonnay, Harrop revealed that he was pursuing a rather different character with his own project.

“I love the aromas of those Australian Chardonnays but I often find the wines are a bit thin; there’s not much texture – with some exceptions of course,” he remarked. “The only thing I think New Zealand does better than Australia is texture.”

Harrop also linked this stylistic focus to the wider aim of his venture, saying: “I don’t want to push the matchstick aromas because I want to see what the vineyard will give me.”

In order to support this expression, he is using just 25% new oak for his Chardonnay – of which one barrel is a larger format – allowing just 60% malolactic fermentation.

Due to bottle his first Chardonnay in January, Harrop plans to start showing it in April next year. However, he stressed a further aim to create wines that are “built for age,” saying: “In an ideal world I’d like to release the wines in three or four years and they’d then be cellared for an extended period.”

Despite this ideal, Harrop outlined a more financially realistic plan of releasing the wines earlier, although he added: “I will stagger it in a drip feed.”

As for his approach to creating age-worthy wines Harrop insisted that extraction was not the answer. “There’s a mentality that the more you extract the better it ages, but even in something like Gamay there’s more than enough tannin to help it age,” he argued. “It’s much more about pH and acidity.”

Although describing the project as “completely nonsensical” from a commercial perspective, Harrop explained his decision as a move “to rekindle my passion for the product.”

As a result, he insisted: “I want to celebrate the vineyard; I don’t want to create a global brand.” Nevertheless, Harrop suggested that “around 70%” of his production would be sold in export markets with an anticipated RRP of about £25. Looking ahead, he outlined the possibility of adding a “lower priced” blend to his collection.

In line with his aim to promote vineyard over winemaker, Harrop described a “Burgundian” approach to his branding and labeling. “I will be the umbrella brand in a sense but you’ll have to look hard to see it,” he explained. While the Syrah will be called View East, his Chardonnay is yet to be named.

Summing up the experience so far, Harrop told db: “I’ve made my own wine and brands in the past and got a real taste for it, but that was in partnerships. It’s a great feeling to do your own thing.”