Following the recent 2013 harvest the market remains as unpredictable as ever. 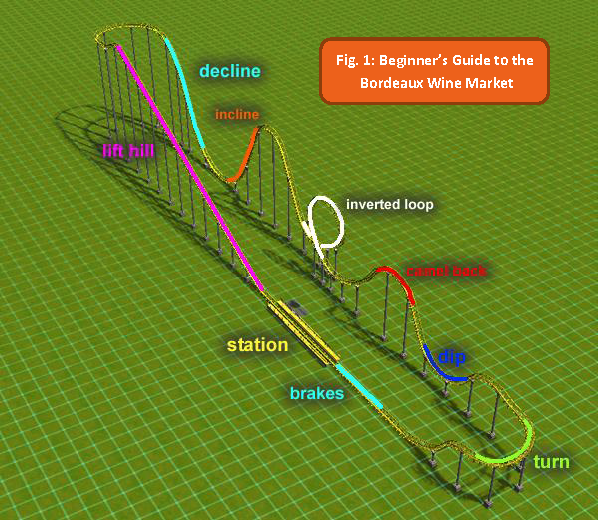 I reckon I’m only half way through my career in wine (best-case scenario, Lottery windfalls aside), but still, into my third decade so you’d think I’d be reasonably well-placed to make some guesses, perhaps you could even call them predictions, as to where things are going.  Wrong.

One thing I have learnt, though, is that the famous place de Bordeaux, the complex three-tier construct of producers, brokers and négociants that bring you the world’s finest, is well-nigh impossible to prejudge.

It has a bizarre, almost cyclical way of evolving which, if you were to plot the rise and fall of values and volumes traded on a graph, would encourage you to think that there was some connection between sales and certain external forces: the quality of a vintage, the reviews of a certain critic, the performance of the global economy.  Pretty standard stuff.  The truth, however, is that just when you think you know what the market will do next, it delivers you what we Brits like to call a “googly” (or, “curve ball” for our transatlantic cousins).

Example: I left Bordeaux a few weeks ago right at the end of harvest, among much sucking of teeth and statements of, “Well, we did the best we could” and “Volumes are down but the quality should be OK”.  Logically, the 2013 harvest (which will soon be quietly swept under the carpet hoping that nobody really noticed it) should have provoked near-panic in the ranks of the négociants who produce the big brands or deal in lower-level consuming claret, as they envisaged an unbridgeable gap between the end of the 2012s and the arrival of the 2014s.  This could well be exacerbated by the knock-on effect of the terrible August hail on next year’s harvest, as some areas have been damaged to the extent that their vines may not yield a crop at all in 2014, giving buyers two lean years to make up for.  You would expect some response to this situation, buying up stocks of back vintages to cover the shortfall.

Within the Grand Cru fraternity even the best customers will see their allocations – if they want them – take a serious dive come the en primeur campaign next spring, a factor which would normally send the canny buyers out looking for back vintages, partly to plug a hole in inventory but also because of the likely upward force applied to prices.

So on my return I checked in with my courtiers (like most négociants I use different bureaux for petits châteux and grands crus) and to my surprise the market has hardly budged at all.  True, the price of cheap Bordeaux continues to rise steadily but that has been happening for a long time, ever since the new wave of Chinese importers arrived all looking for the same thing: containers of red at below 2€ a bottle.  Any recent sales activity on the lower end of the scale is accountable to normal business, and the upper tier doesn’t appear to have registered even the tiniest blip of change.

So the response to the 2013 harvest is “predictably unpredictable”, but apart from that what can we learn?  France’s economy continues to move in the wrong direction, so businesses are less likely to take on inventory unless they absolutely have to, and perhaps there is little optimism for an upturn in exports in 2014.  Alternatively, we could see a change in January as the new financial year allows for a review of purchasing, taking into account sales over the all-important Christmas period.

When I started out on my forty-year-plus learning adventure I can remember several notable gentlemen of the trade telling me that it would take a lifetime to become an expert on the subject.  They weren’t wrong!