Glenmorangie has completed the first phase of a crowd-sourcing initiative to create its next single malt and is now asking the public to come up with a name for the new expression. 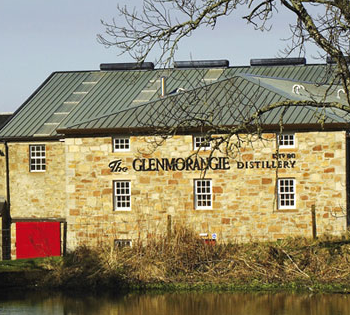 Aiming to engage consumers in the various stages of the whisky production process, the 18-month long Cask Master programme invites participants to get involved in the cask selection, naming, design, photography and eventual launch of the limited edition whisky.

With the first phase of voting having closed at the end of July, the Highland distillery confirmed that the new expression will use manzanilla Sherry casks. It is now asking the public to come up with a name for the whisky, which will be translated into Gaelic by language lecturer Dr Aonghan Maccionnich.

The naming process closes on 15 September, after which Glenmorangie will invite suggestions for the bottle and label design, followed by a photographic challenge to show off the whisky at its best before deciding a format and location for the final launch event. The finished product is due to go on sale in autumn 2014.

Launching the initiative earlier this year, Dr Bill Lumsden, director of Distilling & Whisky Creation at the Glenmorangie Company, explained: “This is a very bold move for us – for years we have listened to fans of the brand and their views and reactions to the whiskies we have introduced.

“Now it’s their turn to become truly involved and I hope as many whisky aficionados as possible around the world will be able to join in and enjoy each stage of this exciting 18 month journey.”

As a further incentive to participate, Glenmorangie is offering the chance to win a prize at each stage of the decision making process. This includes a 5-star visit to the cask’s origin, distillery visit, iMac computer, digital SLR camera and an invitation to the launch event itself.