New research suggests that market leaders in the alcohol industry are being left behind in social video marketing because “they are not optimising their content for social web”. 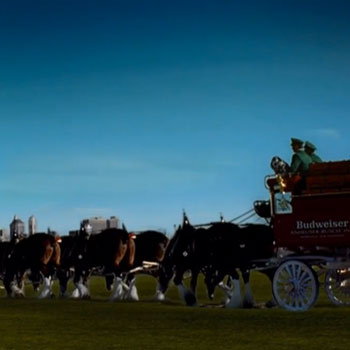 Video technology company Unruly, has published a report called “Untapped Potential: The State of Sharing in the Alcohol Sector”, which found that despite enjoying significant growth in the last quarter, a staggering 97% of the alcohol sector’s video shares came from just four adverts. The four ads, which came from Budweiser, Carlsberg, Heineken and little-known Russian-Austrian vodka brand, Neft, represent less than 1% of the alcohol adverts released in 2013.

The report also suggests that market leaders such as Diageo and SAB Miller are lagging behind in social video sharing, while wine brands have remained the slowest to embrace social video, attracting less than 1% of the sharing activity during the final quarter of 2012 and the first of 2013. This trend was also noticeable earlier this year, when db revealed the Top 10 brands ruling social media.

Ian Forrester, Unruly’s insight director, said: “The research found that some of the big alcohol brands – and subsectors – are vastly underperforming in social video.

“For wine and spirit brands, the opportunity to increase brand awareness and sales conversion rates through social video is huge, as there has been very little mass movement from these brands in creating shareable video content.

“Additionally, leading brands like Diageo and SAB Miller that have very strong market share are lagging behind competitors when it comes to social video share of voice.”

The report also highlighted the impact of spirits brands on beer brands, which historically dominate alcohol advertising. Beer brands’ share of voice dropped from 97% in the fourth quarter of 2012 to 75% in the first quarter of 2013.

The report also published details of the most shared alcohol videos of all time, and you can click through the following pages to find out which these videos were.

First published on YouTube six years ago, this video has now been watched more than 5.8 million times.

The commercial is a wake up call for anyone heading to an interview and has been watched more than 4.9m times.

With a new take on the ubiquitous reality TV shows, this is another commercial from Heineken and has more than 3.5m views.

It’s a classic TV commercial and spawned an era of people mirroring the ‘wassup’ call-sign. The video has been seen more than 5.5m times and a more politically charged version in 2008, has over 9m views.

What would you do? Your friend phones in the middle of the night asking for monetary help. This Carlsberg commercial puts friends to the test and has more than 8.2m views.

This walk-in wardrobe could well be labelled the ‘man’s dream’ and it seems lots of people agree as this clip has nearly 14m views.

It is a music video, which contains a brief appearance by vodka brand, Neft. This controversial clip also has nearly 14m views.

Please note this video contains violent and graphic content that some may find distressing.

You’re hoping for a relaxing night at the movies, but are confronted by a cinema full of tough-looking men. Do you stay or go? This commercial has been watched more than 19.6m times.

This Budweiser commercial was a tribute to those who lost their lives in the September 11 terror attacks in the US. The commercial was only aired once during the 2002 Superbowl, but has now been watched 9.5m times on YouTube.

Does anything make the eyes wet quite like an emotional animal advert? Budweiser’s latest Clydesdale advert for the 2013 Superbowl has now been viewed more than 15m times.