Port producers are reporting significant demand from markets worldwide in the wake of their superlative-fuelled 2011 vintage declarations. 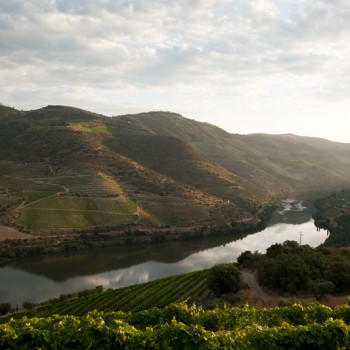 Just two weeks since his company declared its 2011s and with the main US push not due to start until next month, Adrian Bridge, CEO of The Fladgate Partnership, confirmed: “Around the world there is strong interest.”

In addition to healthy demand from established markets, Bridge highlighted recent efforts to reach new customers. “Our own company opened up five new markets in South America last year,” he told attendees of a 2011 vintage Port tasting organised in London by the Institute of Masters of Wine.

Explaining the reason for this healthy interest in the 2011 declarations, he told the drinks business: “It’s a convergence of factors: a great vintage at a time when Bordeaux is selling 2012 en primeurs that are perhaps not as exciting as previous years. So you’re looking at lacklustre Bordeaux versus something stunning come out of the Douro.”

Meanwhile Christian Seely, managing director of AXA Millésimes, who manages both Quinta do Noval – which finally declared yesterday, including the first Nacional declaration since 2003 – and his own property Quinta da Romaneira, stressed the enormous value offered by Vintage Port.

“The best ones are equivalent to premier cru Bordeaux,” he told db. “It’s such an absurd steal that it doesn’t matter so much what the rest of the fine market’s like at the moment.”

However, Seely predicted that the market could soon wake up to this value. “It could easily be about to change,” he observed. “The sharpest investors don’t always look back but ahead. With the expanding world wine market, the big names like Bordeaux are the first thing to be discovered but eventually people discover more exotic aspects of the wine world.”

For Bridge, the quality and accompanying high profile of 2011 looks set to highlight not just the value of this vintage, but also older Ports on the market.

“I’d like to think there’ll be some price appreciation on this vintage, but it’s sure to put the spotlight on previous years,” he commented. “People will see that Taylors 2011 is £60 but £75 gets you Taylor’s ’85. We will see a reflection onto previous vintages.”

However, with prices for the 2011 vintage only slightly higher than Fladgate’s last declaration of 2009, Bridge stressed a desire to avoid the inflation that has affected Bordeaux in recent years.

“Vintage Port is the icing on the cake,” he acknowledged of the category’s relatively minor role in both collectors’ cellars and Fladgate’s own sales figures. “We could charge more but we’re very conscious that our main business is the LBV and other styles.”

However, he noted: “We do like to leave something for the consumer – the difficulty for Bordeaux is that it’s sucked out every bit of cash in the system so the end consumer might not see much price appreciation.”

The 2011 Vintage Port tasting was organised and hosted by the Institute of Masters of Wine at Vintners’ Hall in London.