Chef and sommelier duo Agnar Sverisson and Xavier Rousset MS have confirmed plans to open a Mayfair branch of their 28-50 Wine Workshop & Kitchen. 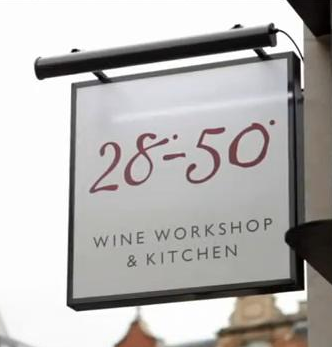 Due to open in September, the venue on Maddox Street – very close to two-Michelin-starred restaurant Hibiscus – will mark the third 28-50 after the original site on Fetter Lane in the City and its sister in Marylebone. The pair also own Michelin-starred, Scandivanian-influenced restaurant Texture, which they opened on the Mayfair/Marylebone border back in 2007.

Speaking to the drinks business, Rousset admitted the decision to expand this wine bar and restaurant concept from the City into the West End with last year’s Marylebone launch had been “a gamble” but reported it had since been “very well received.”

As for the decision to open a second 28-50 West End venue, this time in an even more upmarket district, he observed: “There’s nothing quite like it in Mayfair.”

Located in a former office block, the site has already spent over six months being converted into a restaurant. Spread over two storeys and 30% larger than the Marylebone venue, the upstairs area will feature a bar and 50-cover dining area, while the lower ground floor will hold a further 40 covers.

For the moment Rousset would not reveal his plans adapt the 28-50 offer to its Mayfair clientele, saying only: “We will tweak it a little bit – we do that everywhere we go.”

He described 28-50 as representing part of “a new era of wine bars,” highlighting the appeal of its by-the-glass offer, which includes smaller tasting samples, as well as a fine wine collectors’ list.

Above all, however, Rousset stressed the importance of 28-50’s strong value proposition. “If we put a 25% increase on our prices, we’d lose 50% of our revenue,” he remarked.