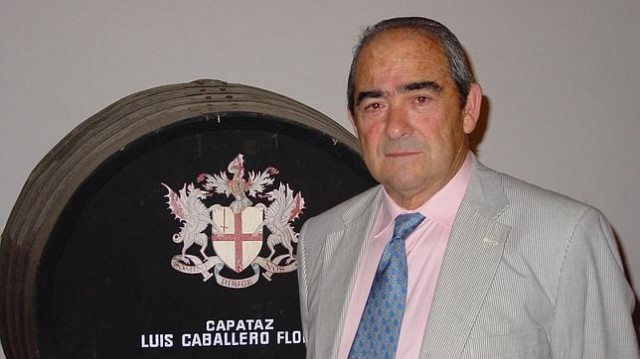 Caballero died yesterday in Seville of pneumonia and will be buried today in Jerez de la Frontera.

“With Luis’ death, we have lost one of the most important figures in Jerez,” said the mayor of El Puerto de Santa Maria, Enrique Moresco.

“Under his stewardship, Grupo Caballero has helped to raise awareness about El Puerto de Santa Maria and Sherry wines all over the world,” he added.

Cabellero was the president of his family wine company, Grupo Cabellero, for 34 years and in the final years of his life acted as honorary president.

Taking the helm of his company in 1974 after the death of his father, he helped turn liqueur brand Ponche Caballero – a blend of brandy and botanicals – into the number one liqueur in Spain, with an 80% share of the category.

Having decided his whole life to wine, Caballero was one of the most influential bodega owners and Sherry ambassadors in El Puerto de Santa Maria,

In addition to Sherry and liqueurs, Grupo Caballero has the distribution rights for the Bloom, Berkeley Square and Greenall’s gin brands and Lanson Champagne.

Caballero was due to attend an investiture dinner in London tonight hosted by the Gran Orden de Caballeros de Vino, celebrating standout contributions to Spanish wine from figures within the wine industry.

Beltrán Domecq, president of the Sherry Consejo Regulador, honoured him as “One of the most important caballeros the industry has seen.”

Caballero was described as a “strong character” and having a “big personality that left no one indifferent.”

Ricardo Rebuelta, ex-president of the Brandy de Jerez Consejo reflected: “Luis was an extraordinary person, in love with the Sherry industry and its wines.”

“He was a true professional and had a contagious sense of humour,” he added.

Caballero is succeeded by his wife, Elma Gonzales-Gordon, and their three sons: Antonio, Luis and Enrique.