Germany’s ProWein is once again expanding into new halls, and accompanying the size upgrade will be a plethora of new business features. 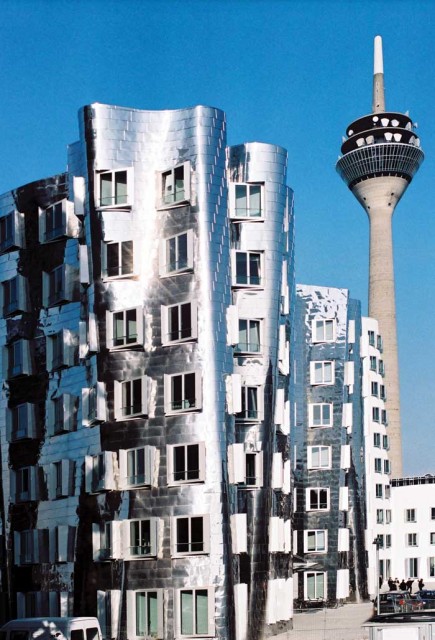 LAST YEAR’S preview began with the news that ProWein was expanding into new halls following successive years of growth. The same is true again this time around as the show’s organisers have announced that halls 1 and 2 have been opened up to cater for the increase in exhibitor numbers.

Some 4,500 exhibitors from 50 countries will now be exhibiting – up from 3,981 producers from 47 countries last year. Messe Düsseldorf’s executive director, Michael Degen, explains that nearly all the countries exhibiting wished to increase their presence.

“There was a major demand for space from all regions and nations. We opened Halls 1 and 2, so we had to work on the structure. We moved a lot of exhibitors out of Hall 6 where Germany now is.” Interestingly Degen adds that some of the biggest requests for increased space came from the Southern European producers, Spain, Greece and Italy – “despite their (economic) problems”.

There are plenty of new exhibitors as well, notably from China – showing seven producers from three different regions – Tunisia and the Lebanon. From a UK perspective, the 2013 fair will mark the first time that English still wine producers will have presented their wines to a foreign audience.

English Wine Producers recently announced that five estates would be exhibiting at the fair.

The restructuring of the halls has also led to a separation of the two main tasting areas.

The main tasting area, with 1,000 wines, is located in Hall 2. The theme of this year’s tasting zone will be “Fashionable and Leading Varieties in International Wine Cultivation” made up of eight white and eight red varieties including Grüner Veltliner, Verdejo, Sangiovese and Blaufränkisch as well as more international varieties. The Organic Wine tasting area, which was introduced last year, is now in Hall 7.1.

Another notable addition to the hall layout (also in Hall 7.1) is the ProWein Forum.

Corinna Kuhn, manager of the fair’s press department, says that alongside the increase in exhibitor numbers, there was a sharp increase in the number of requests for events and tastings.

In all there will be over 300 hour-long events over the course of the fair. The forum has enough space for 50 people. The full programme is available to download from prowein.com.

As usual, producers will also be holding tastings and small masterclasses on their own stands as well.

While the majority of events will be presented in German, some notable events in English cover New World countries and regions for the most part but there are also talks on Portugal, Austria, Liguria and Czech and Lebanese wines in English that are a departure from the mainstream. 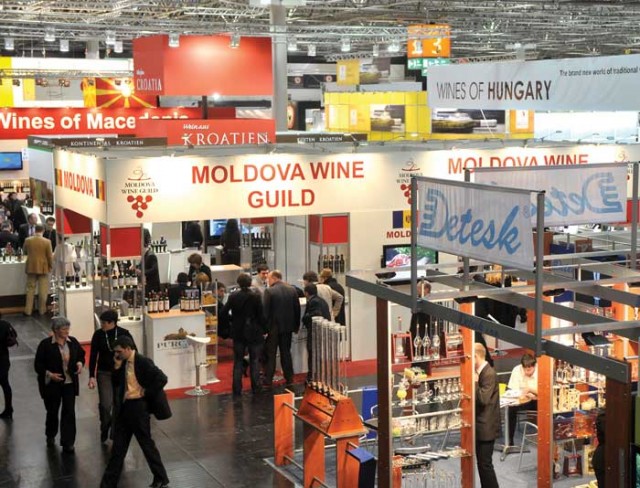 Degen adds that the level of interest over the past years makes it very likely that ProWein could expand again. “We were forced to expand,” he says, “If you have a waiting list competitors will offer their space instead.”

However, he remains cautious about the prospect of expanding too quickly, aware that throwing open even more halls at the Messe could fall flat if visitor numbers did not grow accordingly, as well as leaving producers feeling as if they’re out on a limb. As it is, the fair is hoping to attract the 40,000 or so visitors that attended last time.

“With success people can say that you have no drive anymore and that you’re not service orientated,” he explains.

To help counter accusations of this kind, another addition this year is the “Matchmaker” application, which is available to download on the website.

The idea behind the app is to allow producers and importers to arrange to meet in the run-up to the fair. It essentially works like a lonely hearts column with a producer from Spain posting that they’re seeking a German importer and said importer replying with details of when and where they can meet.

The business aspect of the fair is what has chiefly contributed to the positive press and view of the fair in recent years.
Kuhn says that the general perception among visitors and exhibitors is that the fair is a place “where business gets done”.
Degen adds that while German and Austrian producers are dominant at the fair, he feels that it still maintains a balance between domestic and foreign producers in a way that is perhaps lacking from the likes of Vinexpo and Vinitaly.

Luis Miguel Soler, export manager at Paternina, states: “German wines have a prime showcase in this fair, as do Austrian wines, but there are country pavilions present for just about any wine- producing nation in the world, so importers can talk to wine people from anywhere around the globe.”

With an international focus, good business credentials and increasingly positive reviews, ProWein is gaining a place at the forefront of Europe’s wine fairs.

So successful is ProWein proving that the format will be introduced to China.

Following a successful test collaboration with food and hospitality fair FHC China last year, from 13 to 15 November this year ProWein China will debut with a much wider range of wines and exhibitors in parallel to this year’s FHC in the Shanghai New International Expo Centre. Having taken over the old Wine and Spirits section, ProWein has a dedicated 5,000 square metre space in which to present exhibitors from Australia, Austria, China, Cyprus, France, Germany, Greece, Italy, New Zealand and Spain.

With Degen’s sensible focus on manageable, step-by-step expansion and making sure that the business needs of all those involved continue to be met, there’s no reason to see why this state of affairs will not persist. 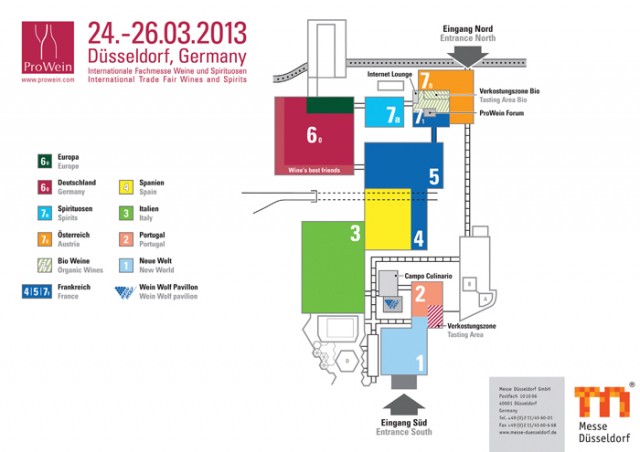