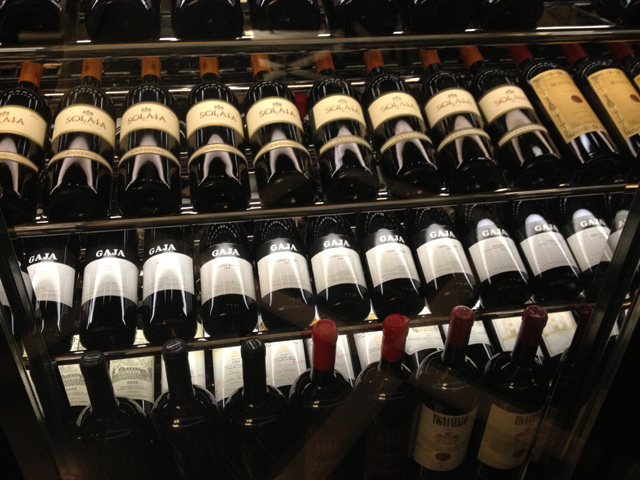 Popping into Italian restaurant Banca in Mayfair to research the emerging popularity of the aperitivo hour in London, db snuck downstairs to the private dining room, which still features the original safety deposit boxes in the walls, to drool over the Super Tuscans. 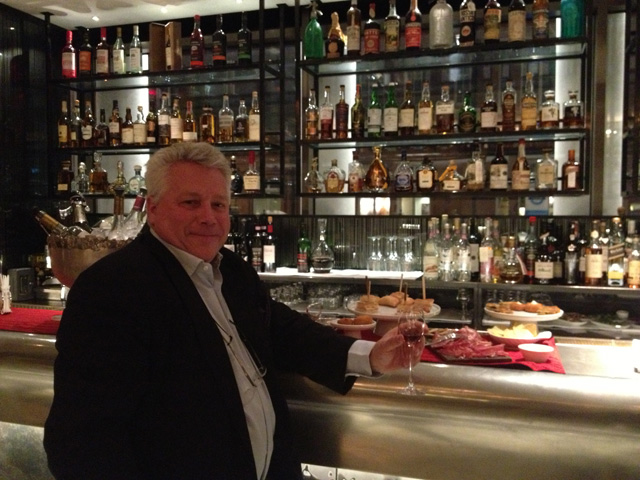 Co-owner of Banca restaurant Giuliano Lotto was on hand to answer all our questions on the aperitivo hour trend, glass of vermouth in hand. 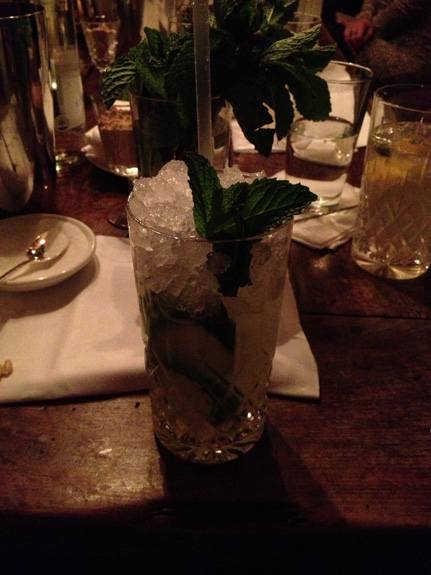 With “skinny” cocktails set to take the capital by storm this year, Grey Goose got in on the trend quickly, hosting a skinny cocktail masterclass at the newly reopened Library Bar at Electric House in Notting Hill. Among the skinny cocktails we got to mix were the Vojito – vodka Mojito. 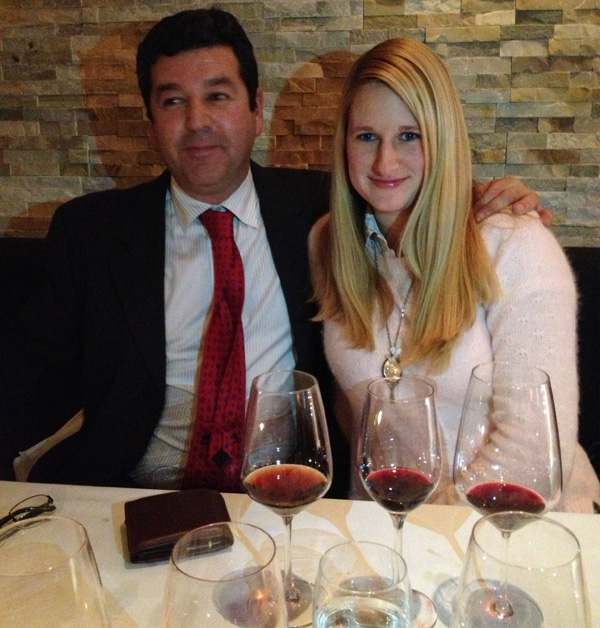 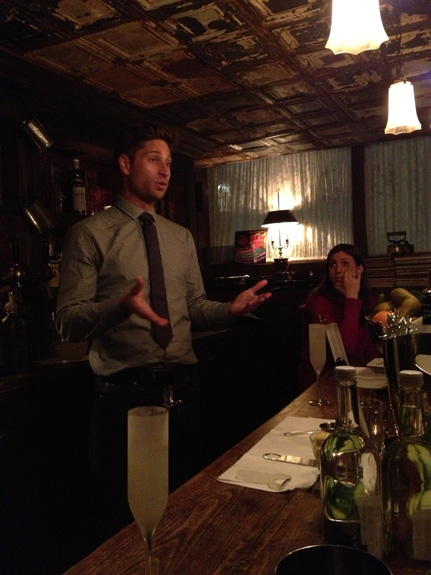 Fresh from a “summer” holiday in Mexico, tall and tanned Grey Goose brand ambassador Joe McCanta hosted the skinny cocktail masterclass at Electric House with flair. During the evening, he revealed he used to be a guitarist in a New York-based rock band that Lady Gaga once opened for. 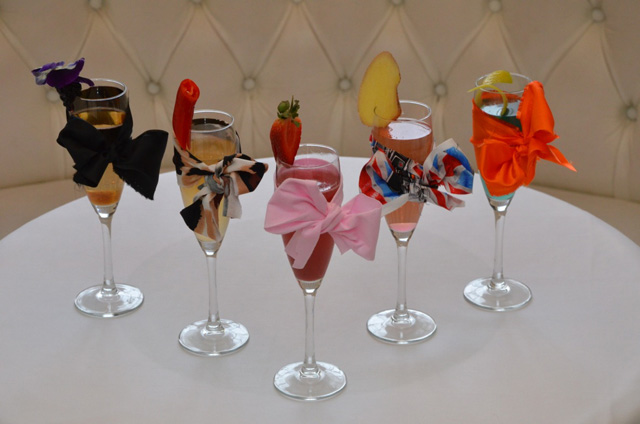 In honour of the Spice Girls musical Viva Forever, Harvey Nichols launched a range of Spice Girls-themed cocktails this week, can you tell which is which? 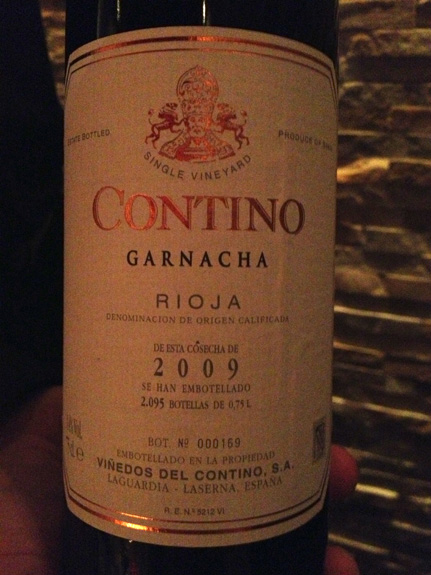 One of many delicious wines db got to try during a Contino dinner at Cambio de Tercio where winemaker Jesus Madrazo revealed he’s working on a barrel-aged rosé. 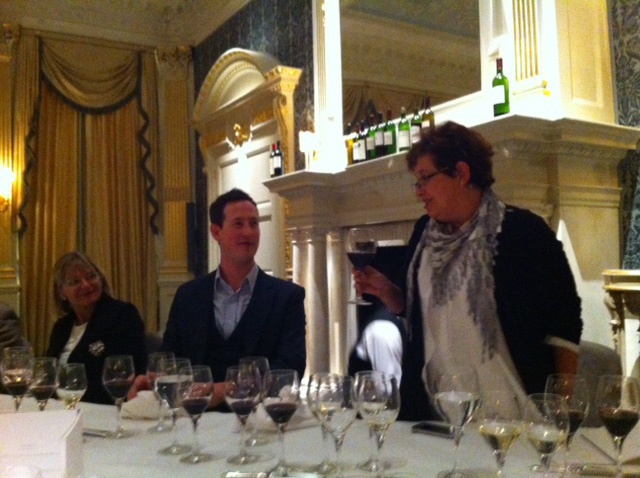 Cecilia Torres, head winemaker at Santa Rita Casa Real, introduces the 2002 vintage during a dinner at Claridges for guests including Jancis Robinson MW (right) and Peter Richards MW (centre). The dinner followed a blind tasting and discussion of top Cabernet Sauvignon-based wines from around the world. 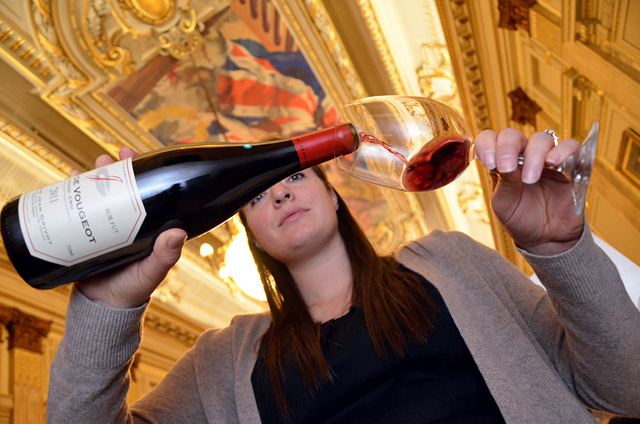 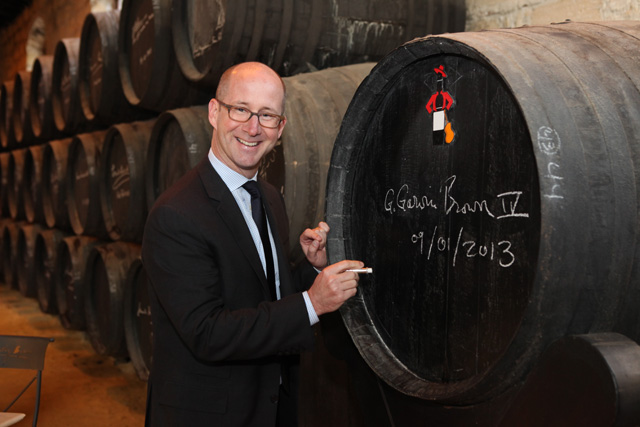 G. Garvin Brown IV, chairman of Brown-Forman, follows in the footsteps of Winston Churchill, Pablo Picasso and Orson Welles by signing a barrel in the González Byass cellars. The event in Jerez marked the start of Brown’s year as president of the International Wine & Spirit Competition, a role he took over from 2012 president Mauricio González Gordon, head of González Byass. 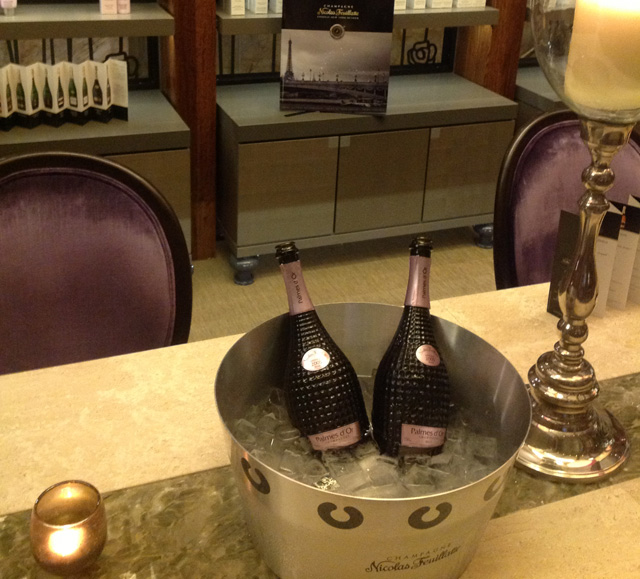 Two bottles of Nicolas Feuillatte Palmes D’Or, which was launched in London this week. The rosé will be available in all John Lewis stores from 1 February. 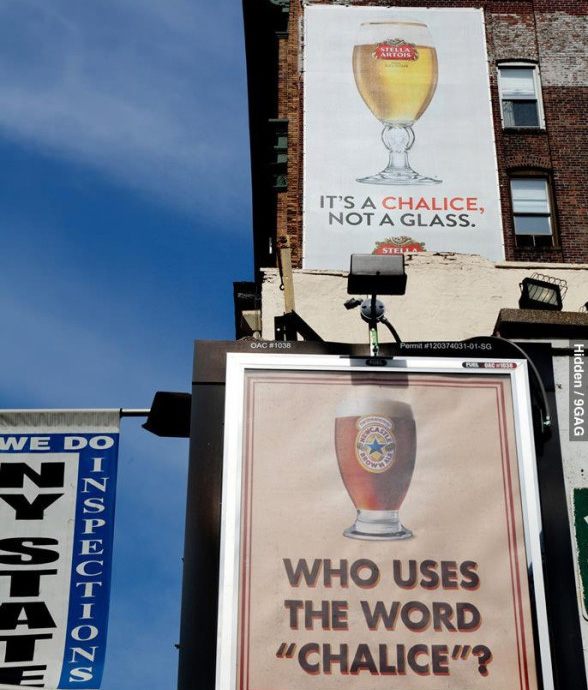 Stella Artois and Newcastle Brown Ale in an advertising tussle in the US according to this picture, which was posted on Twitter by @9GAGTweets. 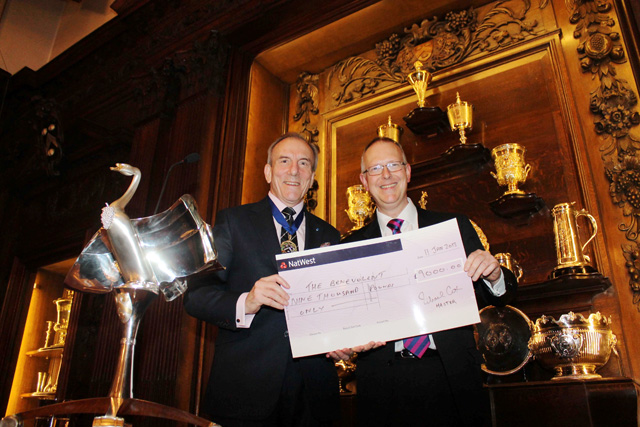 Michael Cox, master of The Worshipful Company of Vintners, makes a presentation to wine trade charity The Benevolent at the Company’s annual lunch. The donation was received by The Benevolent’s new chairman Chris Porter, director of the Porter & Laker division of logistics firm JF Hillebrand. 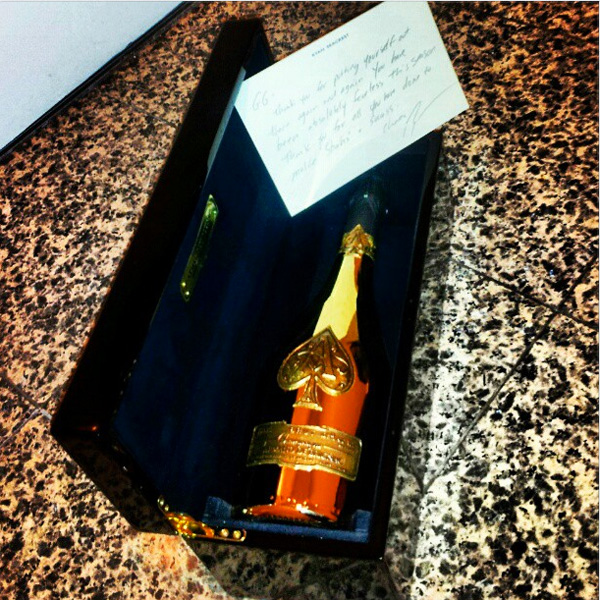 A nice gift from US TV presenter Ryan Seacrest. ‏@GolnesaGG out this picture on Twitter, writing: “Thank you @ryanseacrest for this bottle of Armand De Brignac and the lovely note.”