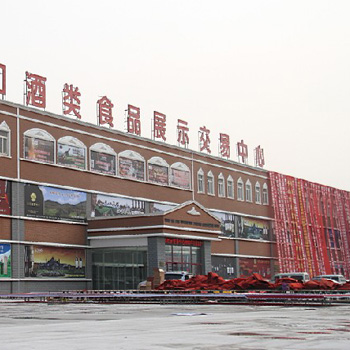 International wine merchants experienced in dealing with China, will be familiar with the city; it is situated in Shandong province where domestic wine companies gather. Some 700 exhibitors, buyers and suppliers from over 20 countries attended the opening ceremony.

The gross floor area of IWETC is set to spread over 20,000 m2 when fully completed. The first phase received an allocation of 6,600 m2, which has attracted more than 50 companies from home and abroad to establish exhibition and trade business.

International commodity exhibition stands as one of crucial functions within the tariff-free zone. It is estimated that nearly a thousand types of originally bottled and packed wine are to be imported from France, America, Italy, Australia, Spain, Chile, Germany and South Africa.

IWETC aims to commence operation of second phase in June 2013, and expects to aggregate originally imported wine from all the key wine regions. Its ambition is to build up the grandest collection of imported wine in Northern China by making best use of favourable government policies.