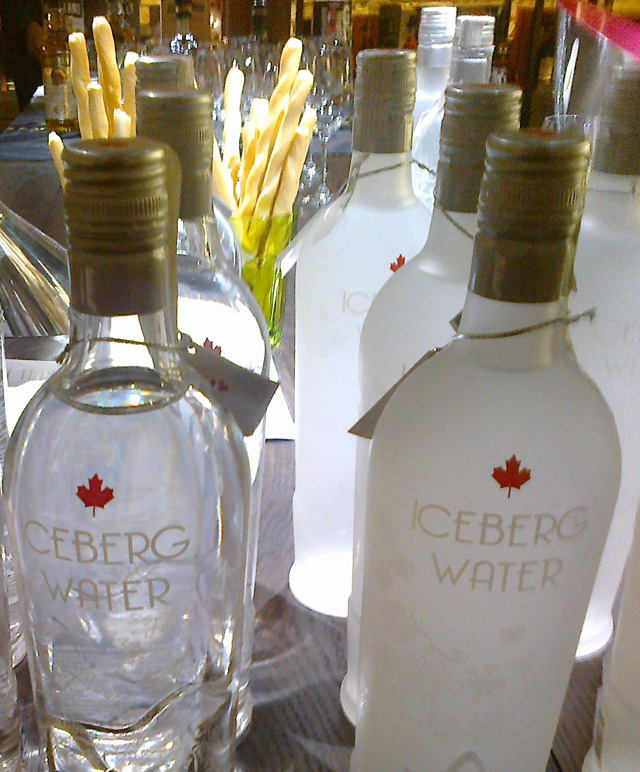 Hedonism Wine Shop in Mayfair, London hosted an evening featuring Iceberg Water and Douglas Laing whiskies. The water comes from unspoilt Arctic ice; its high purity did make the water a great addition to many of the whiskies. 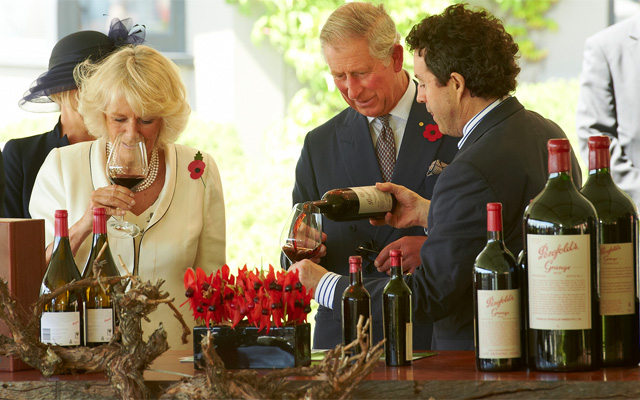 Prince Charles and the Duchess of Cornwall enjoy a glass of wine on a trip to the Penfolds Winery during their Diamond Jubilee tour of Australia. Among the wines they tried was a 1962 Bin 60A served to them by winemaker Peter Gago. 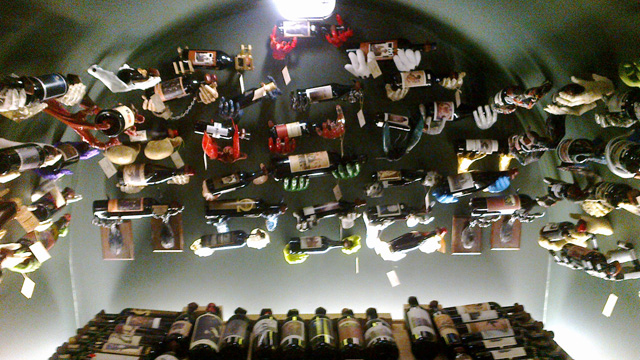 The Hedonism Wine Shop is aiming to offer its customers something different, and this room in which every wine rack is unique certainly helps to fulfil that brief. 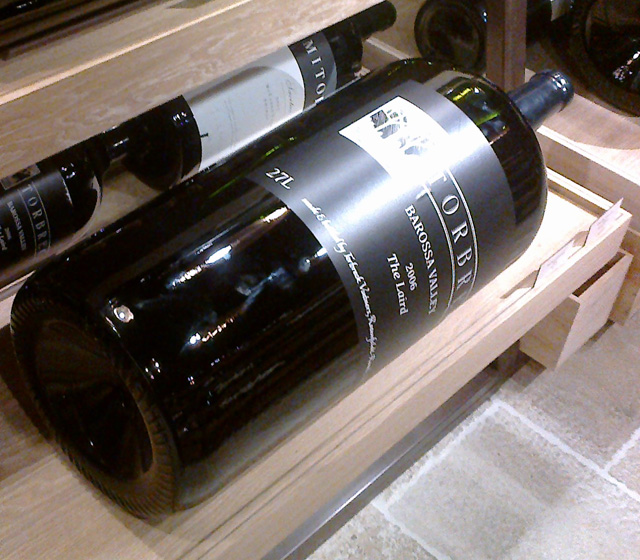 This Primat bottle (that’s 27 litres) is just one of the many unusual offerings at Hedonism Wine Shop. 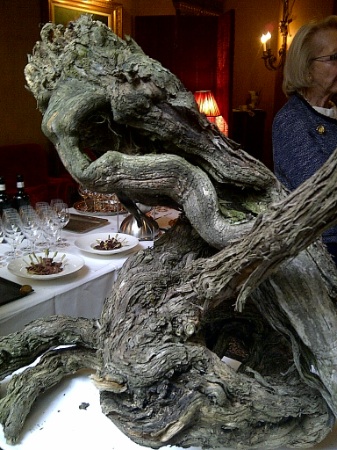 Pre-phylloxera vines from Producteurs Plaimont’s vineyard in Saint Mont. Having been planted in 1871, the co-operative made a wine from the vineyard last year and launched it in Paris earlier this week. These vines, sadly, did not survive the vineyard’s restoration. 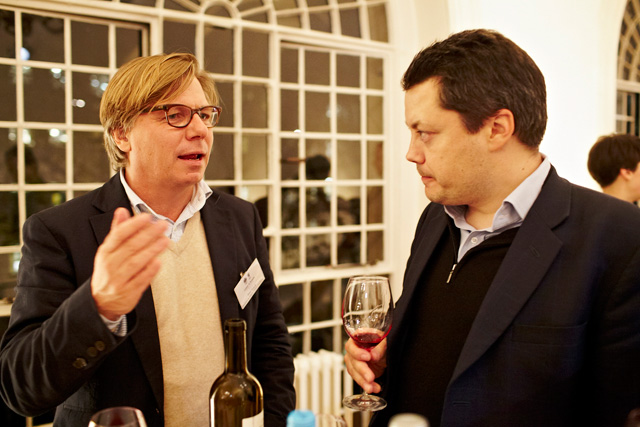 Ribera del Duero “cult” winemaker Peter Sisseck of Pingus flew into to London this week for one night only to pour his second wine, Flor de Pingus, at the Corney & Barrow trade and press tasting in Marylebone. 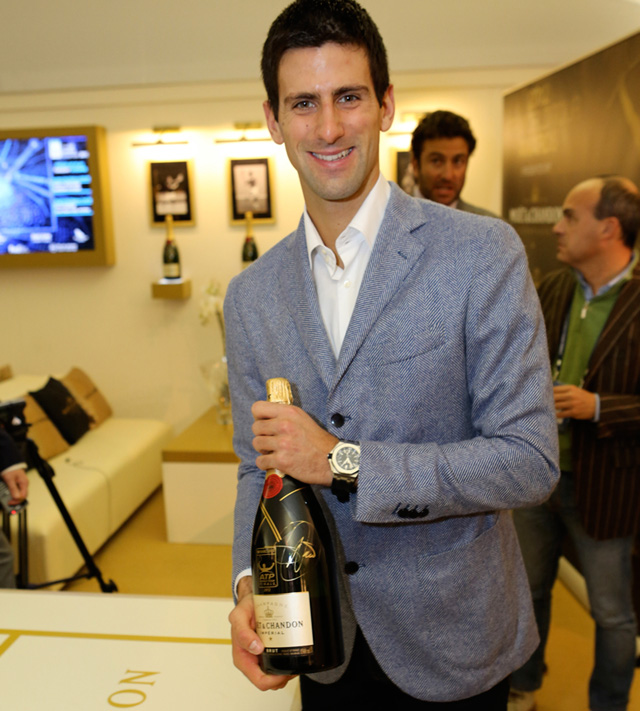 Tennis ace Novak Djokovic signed a magnum of Moët & Chandon at the O2 arena in London this week in celebration of the final of the ATP World Tour. The bottle will go under the hammer at a charity auction later this year. 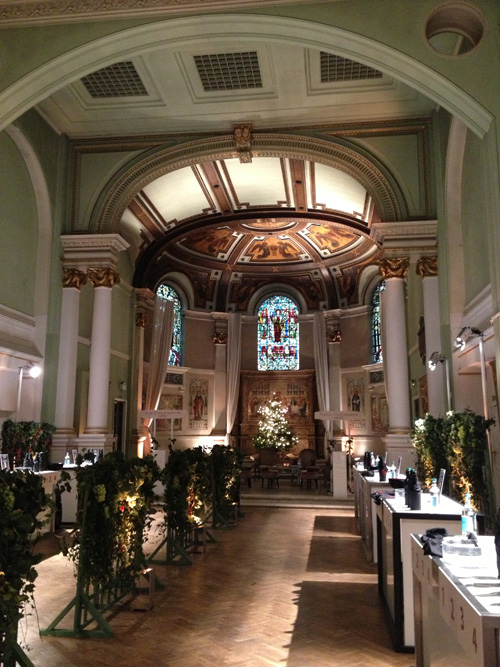 Christmas came early at the Corney & Barrow trade tasting at One Marylebone this week, where db spotted this twinkling tree brightening the Soane Hall 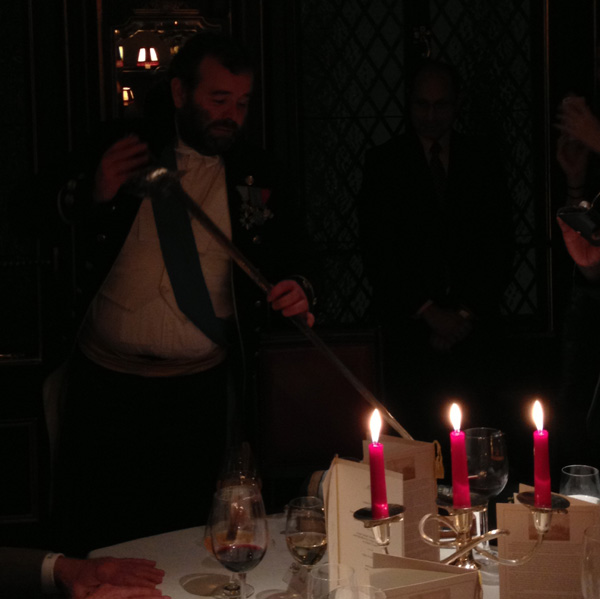 db was lucky enough to be invited to help King Edward VII celebrate his 171st birthday at Rules in Covent Garden, the oldest restaurant in London, courtesy of the King’s favourite tipple, The King’s Ginger. Mid-dinner, the King showed us a secret corner of Rules where he used to dine with mistress Lillie Langtry. 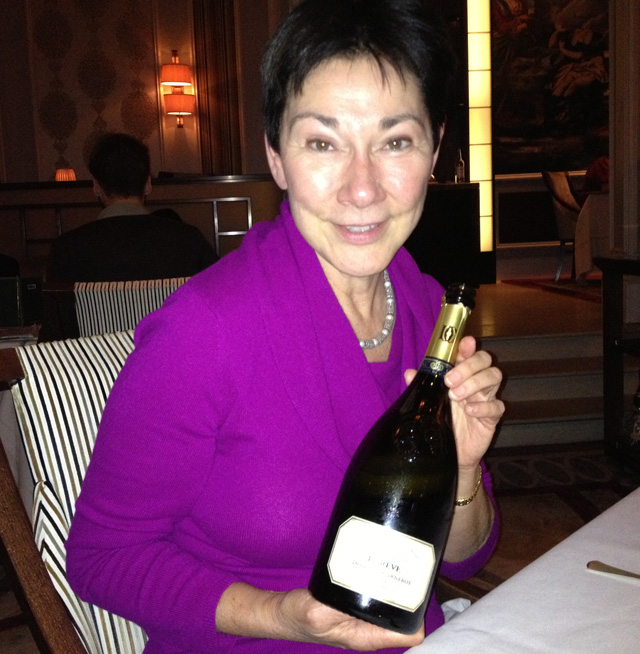 We also found time to catch up with the lovely Eileen Crane, CEO and chief winemaker of the jewel in Napa’s sparkling crown, Domaine Carneros, over a bottle of her top blend, La Reve, and Heinz Beck’s signature Fagottelli Carbonara at his Michelin-starred London restaurant Apsleys at the Lanesborough. 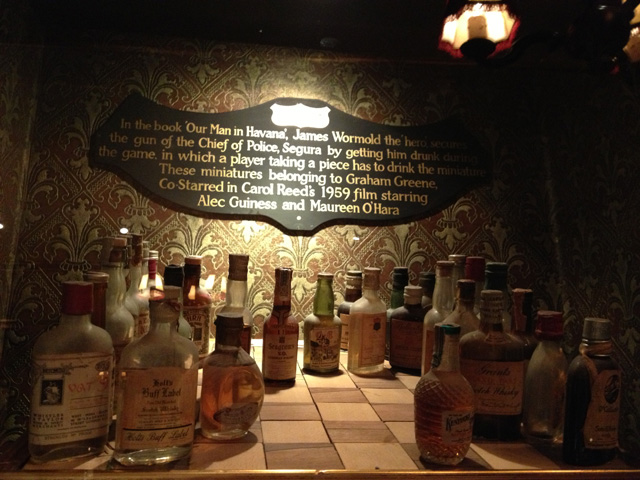 db chanced upon this curiosity in the private dining room of Rules. Regular Graham Greene used these spirits miniatures in the chess scene of the film adaptation of his novel Our Man in Havana. When he died, his sister bequeathed them to Rules as a thank you for looking after him over the years. 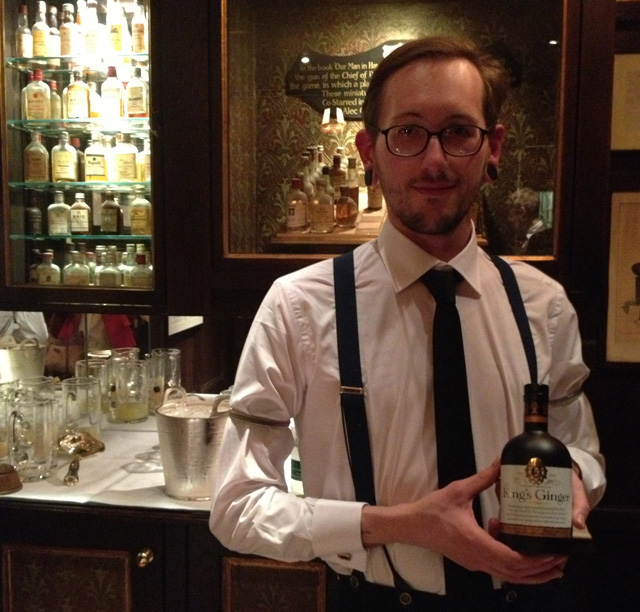 An eclectic mix of King’s Ginger cocktails were on pour at Rules during King Edward VII’s 171st birthday dinner. The ginger liqueur was created in 1903 by London wine merchant Berry Bros & Rudd especially for the King to revive him during morning rides in his new horseless carriage – a Daimler. 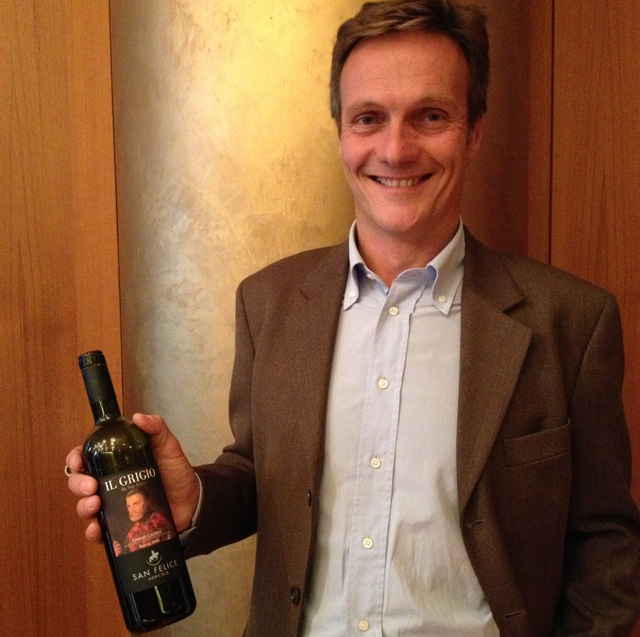 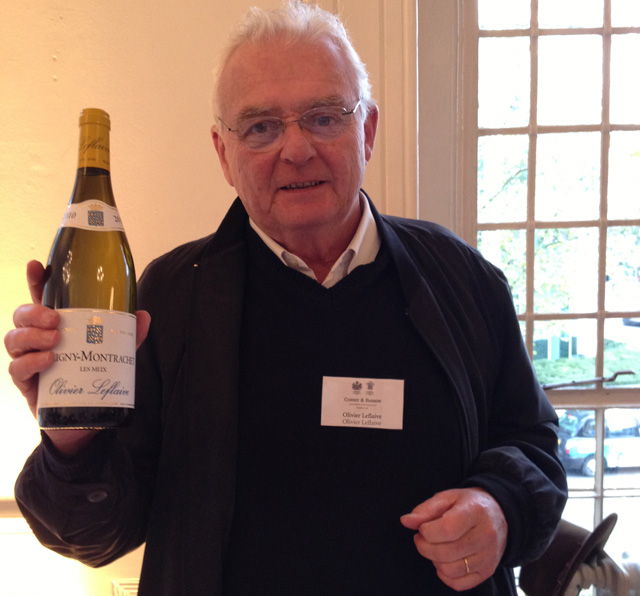 White Burgundy maestro Olivier Leflaive also made a cameo at the Corney & Barrow tasting, pouring his delicious whites to an appreciative audience. He revealed to db that while his 2012 crop will be severely down on last year, the grapes he did manage to harvest were of excellent quality. 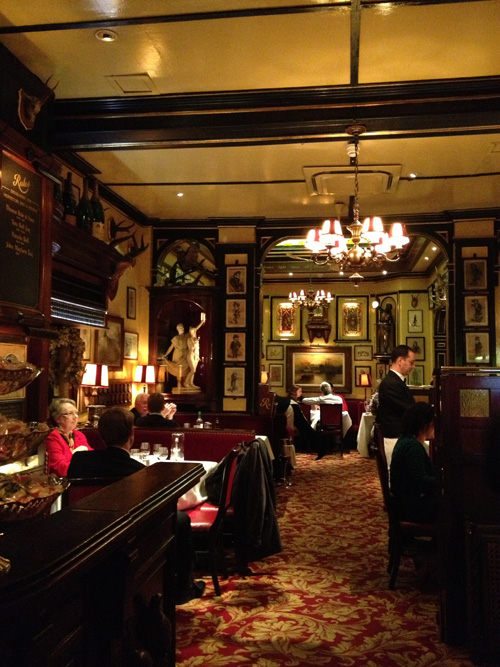 After the raucous King’s Ginger dinner, db snuck downstairs to the main restaurant at Rules, which appeared in a recent episode of Downton Abbey, to drink in the delicious interiors, kept faithfully close to how they were when the restaurant opened its doors in 1798.