A new Russian-backed venture is promising to “take wine retailing to the next level” when it opens this Friday in London’s Mayfair. 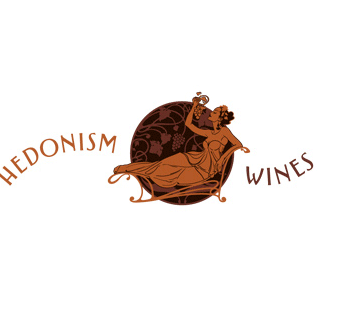 Chichvarkin has brought in former project manager Tatiana Fokina to run this new company, along with ex-Harrods wine and spirits buyer Alistair Viner.

Introducing the Davies Street store, whose development has been kept a closely guarded secret during the last 18 months, Viner explained: “We wanted to get all the details spot on. We’re looking to take wine retailing to the next level. It’s not just about the product, but also the level of service, with nothing being too difficult.”

Although admitting “It’s a tricky time to open such a store,” Viner noted: “There are luxury hotels and restaurants opening at the same time as us – there still seems to be a demand for the finest things available.”

Describing Mayfair as “the place to attract the right sort of customers,” Viner flagged up London’s cosmopolitan mix of high-spending residents and visitors as he observed: “We’re hoping to attract an international clientele, from China, Brazil, Russia and America.”

With a large section of the downstairs area dedicated to large format bottles from high profile producers, Viner explained: “We always wanted to make a feature of large formats as they make quite a statement and they live up to the Hedonism name.

Despite its grand location and creatively arranged displays of the world’s most prestigious wines, Fokina highlighted the childrens’ play area and tasting machines as signs of a commitment to making this an accessible destination for wine lovers.

The 12-strong store team, who are on hand to guide customers through the two-storey, roughly 4,500 SKU collection of wines and spirits, speak several languages between them, including Mandarin, Russian, Japanese, French and Italian.

Although the Hedonism Wines range is not quite as extensive as that offered by wine specialist Lavinia, which has branches in Paris, Madrid and Barcelona, Viner highlighted a desire to offer not just quantity but quality, remarking: “It’s about choosing your vintages and producers.”

The most expensive single bottle currently available from Hedonism Wines is Château d’Yquem 1811, priced at just over £100,000.

Hedonism Wines also has on display the first of Penfolds’ limited edition ampoules – specially made 750ml glass capsules – to be released for sale.

Of the 12 ampoules created, which contain the Australian producer’s Block 42 Kalimna Cabernet Sauvignon 2004, the shop has number 5, a lucky number for Russians.

The Penfolds team was unable to confirm whether the ampoule on display in Hedonism Wines had in fact already been sold, but its £120,000 price tag in the shop is considerably higher than the AU$168,000 (£100,000) RRP that was announced when the product was originally unveiled at the end of June.

Pointing to the suitability of Hedonism Wines as the location for this first commercially available ampoule, Fokina observed: “The fact that Peter Gago would fly over to open this is very much our philosophy too.

“We offer one hour deliveries in Central London and if you wanted your wine delivered to a restaurant or your private jet then we would do that.”

To help Hedonism fulfil these service levels, the shop has a fleet of electric vans and scooters. There is also a refrigeration unit for customers who would like to receive their bottles ready-chilled.

Although no plans have been confirmed as yet, Chichvarkin suggested that Shanghai, Moscow and Mumbai could also offer the right environments for expansion of Hedonism Wines, expressing confidence that the barrier currently presented by China and India’s challenging wine import taxes would soon be resolved.