The third edition of the China Wine Awards (CWA) 2012, the only body committed to judging wines specifically with an eye on the Chinese market, got underway today at the Mira Hotel in the busy shopping district of Tsim Sha Tsui. 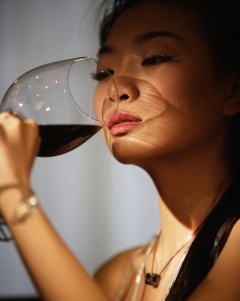 Around 100 judges took part in a blind taste involving bottles with a value of up to HK$10,000 –10% of which comprised spirits – from a truly international stable of producers.

The majority of the judges at the CWA are buyers for the Greater China markets. They therefore represent a true understanding of what will sell in this potentially highly lucrative market.

Taken as a combined market, Hong Kong and China drank 1.8 billion bottles of wine in 2011, growing 33% on the previous year.

“We carefully select judges that know the Hong Kong and China market, so what they decide to be Gold Medal-worthy really counts” said Kelly England, president of the CWA.

The judges are chosen by the organisation to represent as wide a range of provinces as possible, and also by the quantities that they sell. As a gross total, the 100 judges sell around 50 million bottles a year to Chinese consumers – an average of half a million bottles each.

“The blind tasting gives us a very level playing field,” said CWA consultant Nikolas Prehn. “As China is not as developed as other markets, there are plenty of opportunities for lesser known wine-producing countries and regions.”

A small coterie of producers, from countries as far flung as Russia – and as close to home as Hong Kong’s Tsuen Wan – was also in attendance to meet the judges and guests, and offer tastings.

The results of the blind tasting are expected to be known early next week.