Oregon Pinot Noir could pose a challenge for New Zealand’s success with this variety in the UK, suggested Jason Haynes, director of Burgundy specialist Flint Wines. 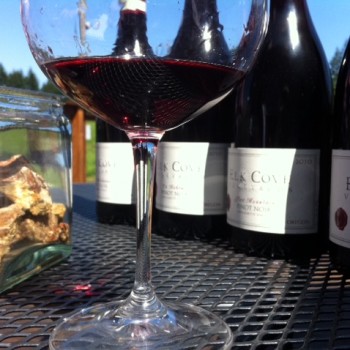 “It certainly feels in the UK that the New Zealand bubble has burst,” Haynes told the drinks business at a tasting last month as part of the International Pinot Noir Celebration in McMinnville, Oregon.

In his view of New Zealand at the moment, “Outside the top one or two guys there’s quite a generic taste to the wines. They’re not jammy, but they really are struggling from young vines – the wines are fruity and pretty but not much more than that and they’re quite expensive.”

By contrast, Haynes said of the 36 Oregon wineries on show at this year’s IPNC, “I don’t see that so much here.”

Flint Wines currently represents Cristom, which is based in the Eola-Amity Hills, with Haynes confirming he would consider expanding this Oregon portfolio “if the right thing came along.”

However, he remarked that with a standard entry level of around US$17, it was difficult to see the wines appearing on UK restaurant lists for much less than £50. “The margins don’t help,” added Haynes.

As for the lower profile of Oregon Pinot Noir in the UK compared to that of New Zealand, Haynes suggested: “I don’t think there’s resistance, I just don’t think they’re known. It’s a shame – they’re good with food and the alcohol levels in general seem quite sensible.”

However, in terms of Oregon’s ability to compete with Burgundy at more everyday drinking prices, Haynes emphasised the impressive value offered by the French region’s lower tier.

“Burgundy’s quality at the Bourgogne Rouge level has never been as high as it is now,” he maintained.