A beer from a brewery founded by French actor Gérard Depardieu has been added to specialist importer James Clay’s UK stock list. 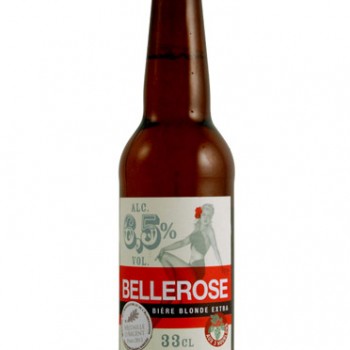 Bellerose Bière Blonde is made by the Brasserie Des Sources (Brewery of the Springs), founded in 1997 by Gérard and acting friends Miou Miou, Renaud and Claude Berri and is designed to cater for the large French population in the UK.

Housed in the unlikely setting of a former slaughterhouse, Bellerose Bière Blonde is the brewery’s flagship brew.

James Clay said: “The French Embassy says that there are over 400,000 French living in London, making it the 5th or 6th largest “French” city and larger than Bordeaux and Nantes.

“So there should be an in-built interest for a great-tasting French beer throughout London and in other British cities that are ready to be spiced up by the infusion of French beer. But we feel sure that Bellerose’s hybrid mix between the French ‘Bière de Garde’ style and an IPA will make it a beer lover’s favourite too with its fresh clean aromas of citrus and lychee. French brewers are really upping their game, and this will be a great addition to our 300 strong portfolio.”

“Bellerose is a great sipping beer, its 33 units of bitterness softened by the generous use of lightly kilned malts.