Soil and vine health should be assessed according to the mineral content in a wine, says Olivier Humbrecht MW. 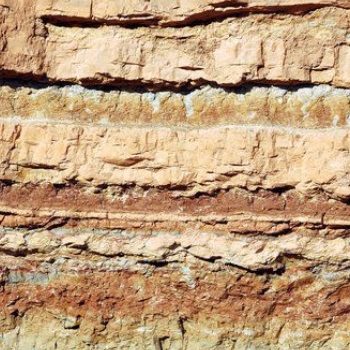 Speaking at this month’s Biodyvin tasting in London, Humbrecht stated, “Finding a high mineral fraction in a wine is a sign of a soil that functions properly and a sign that the vine is able to extract these minerals from the soil.”

Humbrecht, who is president of the 15 year-old Biodyvin association, made this comment during a seminar called “Minerality in biodynamic wines” held during the London tasting.

He said that the subject was “controversial”, but chosen because “the main goal of being biodynamic is to make better wine, and therefore one would expect to see minerality in the wine”.

However, he stressed that assessing the mineral component required complicated analysis, and that the minerals in the wine could not be smelt. He also said that they are often wrongly confused with wine faults such as reduction.

“The most common mistake is to associate reductivity with minerality,” he warned, adding, “It is also a big mistake to confuse an unripe character with minerality on the palate.”

On the other hand, he explained, “Minerality is something you must learn to recognise on the palate – you might not smell anything but you will taste something… it will modifty the structure in terms of acidity and pH, and can also give the salty taste in a wine.”

Then he stated, “Wine with high mineral content should be a wine that makes you salivate.”

Explaining the role of biodynamics in enhancing this mineral fraction, he pointed out that the farming practice fed beneficial micro-organisms in the soil which help the roots break down and take up minerals in the surrounding soil.

“The best way to test if a vineyard is properly manged is to look at the activity around the roots. You should find lots of micro-organisms which look like a veil of little white mushrooms. These help to degrade the soil around the vine and without them the vine won’t function property, and you have to compensate using fertilisers.

“These mycorrhizae disappear under compaction and chemicals,” he added, referring to the drawbacks of conventional viticultural practices.

Speaking to the drinks business after the seminar, Humbrecht elaborated on the comments above, adding, “Biodynamic farming is all about allowing the soil to function properly… and for the soil to funciton properly it has to be alive, it has to have a lot of micro-organisms in the soil and it needs to be airy because they need oxygen. And you also need to have food for these micro organisms – and food for them is organic matter.”

As for the seminar title, he said it was chosen to highlight the role of minerality in the creation of fine wines.

“When we speak about quality we also want the wine to show the characteristics of the place it is coming from, and I could use the word ‘terroir’, but I used the word minerality because I thought it was more appropriate, more precise.

Then Humbrecht added, “Is the wine with a higher mineral content better than one with a lower mineral content? That could be debatable, but you will at least have the guarantee what you taste will have a real signature of the place it comes from.”

the drinks business has reported extensively on the issue of minerality in wines – click here for more on the subject.