Bordeaux Wine Investments has opened an office in Hong Kong. 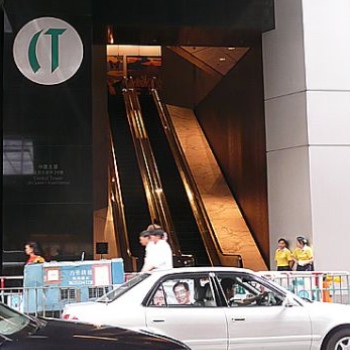 The new permanent base is located on the 20th floor of the Central Tower on Queen’s Road and marks the merchant’s first office outside the UK, where BWI is headquartered.

Martin Lea, who led the sales team for BWI UK, has been promoted to general manager of the Hong Kong operation and has moved to the city.

BWI celebrated the opening with a Champagne Arlaux reception followed by a Château Margaux tasting at the British Consulate-General on 27 October.

Both Pontallier brothers, sons of Margaux winemaker Paul Pontallier, were present. Thibault, who lives in Hong Kong, presented the wines alongside his brother Guillaume, who flew in from Finland.

The evening culminated in the tasting of the 1996 and 2003 Château Margaux, two of Thibault Pontallier’s favourite vintages and equally high scoring wines, with both awarded 99 points by Robert Parker.

“It was a truly memorable occasion and we are delighted that so many great friends could join us,” said Lea.

BWI are specialist Bordeaux wine merchants, established in 1998 by Andy Lench to serve private clients looking to collect, consume and invest in Bordeaux and other fine wines.