The power of wine awards

Big wins at international wine competitions will only improve sales if they are properly communicated, according to winemakers and retailers. 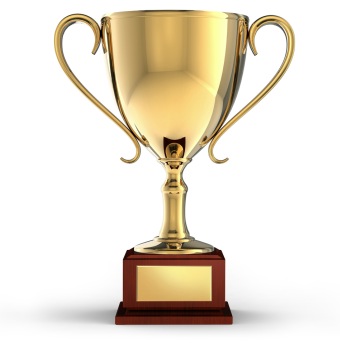 “You can’t win a medal and expect your wine to walk off the shelf. It’s a lot harder work now; you really have to let your customers know about it,” Gary Jordan of Jordan Wine Estate in Stellenbosch told the drinks business.

Simon Doyle of Concha y Toro agrees: “Ten years ago, award wins had a much more immediate impact. Now it’s more ‘steady as you go’, with a gradual increase in sales rather than a sudden surge,” he said.

Producers are becoming increasingly cynical about wine competitions, and more discerning about which ones they enter. “Wineries are getting a bit tired of supporting someone else’s bank balance,” said Jordan. “With everyone trading off each other, you have to ask yourself: ‘what am I getting in return?’”

South Africa’s Eben Sadie and Ken Forrester have spoken publicly about their dislike of the wine competition model, refusing to enter any of the awards on the market.

Deborah Pratt of Canadian wine producer Inniskillin thinks the increasing amount of wine awards around the world is starting to dilute their importance: “People are less likely to react to the results if the market is flooded with similar competitions.”

There also appears to be confusion surrounding the meaning of the medals: “I read an article that said consumers consider a “commended” award better than a bronze medal, because bronze is seen as coming third and commended means experts have given it the thumbs up,” Andrew Maidment of Wines of Argentina told db.

However, Jo Ahearne, winemaker for Marks and Spencer, believes competitions with a specialist focus like the New Wave Spanish Wine Awards give a “narrower spotlight” to the winners. Maria José Sevilla, director of Wines From Spain, says the awards are a barometer for UK wine trends: “We’ve seen positive effects from the awards in terms of a foot on the export market for some and new listings in the on- and off-trade for others,” Sevilla said.

It is with this in mind that the drinks business has expanded its own specialist awards series called “The Masters” – which cover a range of spirits categories from Cognac to Tequila, and for this year, Champagne as well. Each category is assessed in isolation by a panel of experts chosen for their knowledge of the sector being judged. The results are then communicated in the magazine and online.

Meanwhile, chief wine critic of The New York Times Eric Asimov can’t see the point of wine awards. Speaking to db, Asimov said: “I don’t pay attention to wine competitions and put no stock in the results. The idea that tasting several hundred wines in a day is going to yield credible and meaningful results is a myth I’d rather not do anything to uphold.”

“It doesn’t present consumers with the best wines in the world, only the best of what were available. Robert Parker and The Wine Spectator still carry more weight in the US with their ratings than the results of any of the big wine competitions,” Asimov added.

For more on the importance and effectiveness of wine competitions, see the November issue of the drinks business.