Is white Pinotage the answer?

A Norfolk farmer believes white Pinotage may be the answer to the South African variety’s image problem. 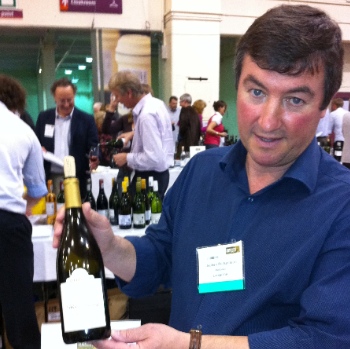 Having bought the Mellasat property in 1996, Stephen Richardson (pictured) made his first barrel fermented white Pinotage in 2007 and now produces around 12 barrels a year.

Speaking to the drinks business, he remarked: “There’s a love-hate relationship with the grape, especially in the UK,” explaining: “A lot of that is associated with the compounds in the skins.”

Richardson also believes that fermentation in 300 litre Romanian oak barrels offers further benefits, saying: “it eliminates adverse properties in the skins, but cuts through to the tropical fruit flavours behind.”

While a small number of white Pinotage is made by other farms, this is generally used for sparkling wine production or, as is the case at Beyerskloof, appears blended with Chenin Blanc as “blush”.

Winemaking regulations mean that Richardson is not allowed to label the product as white wine on the grounds that it is made from a red variety. Instead he is forced to call it blanc de noirs, which, he complains, creates a struggle to find the right category for his wine in competitions.

With its rounded citrus style, the wine could pass for Chardonnay in a blind tasting – a confusion that is perhaps more of an indictment of Chardonnay’s malleable personality. Richardson reported that it has also been mistaken for a wooded Sauvignon Blanc, but believes himself that the vineyard’s granitic soil means “it’s actually closer to Viognier, especially Condrieu.”

At a retail price of around £13, Richardson confirms that the style is more expensive to produce than red Pinotage. “The juice extraction is lower and we do a softer pressing,” he explained. “The there’s the barrels, there’s a cost to that.”

Nevertheless, Richardson maintained that his attention grabbing Pinotage “helps sell everything else.” Indeed, he added: “we tell restaurants they can have it if they take something else as well.”

While the Mellasat flagship is really its “M”, a Cabernet Sauvignon-led blend with Shiraz and Pinotage, Richardson maintained: “For a small producer, it’s very easy to get lost with all the other Bordeaux blends; we must try to get some sort of USP.”