China’s wine market is finally showing signs that consumers are opening their palate up to broader tastes and away from branded wines to pursue quality and perceived value, writes Jessica Lam Hill Young. 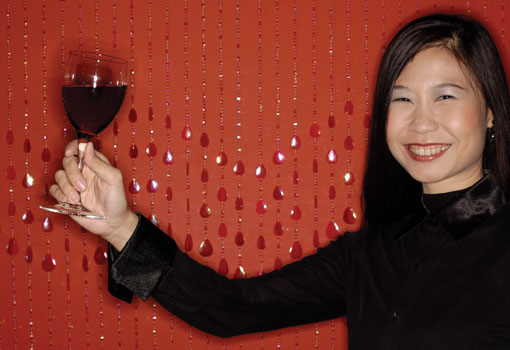 “As Chinese consumers become more educated, they will be driven towards less prestigious wines with good value. We’ve already seen that with Chinese demand for lesser wines like Grand Puy Lacoste and Lynch Bages, which have appreciated drastically in the last six months,” says Adam Bilbey, direct sales manager of Berry Bros & Rudd Hong Kong, which has 30% of its clientele based in mainland China. Bilbey predicts that the Chinese middle class, as it becomes more knowledgeable, will drive the trend toward other iconic wines from around the world instead of only Bordeaux.

China is one of the largest potential wine markets in the world for exporters. Bottled imports numbered 16.2 million cases in the last year, of which France, particularly Bordeaux, comprised nearly half of the imported wine market, according to Impact Databank. But other countries are catching up, including the US, which saw its share price rise by 27% to $45 million (HK$350m) last year. While savvier wine consumers in metropoleis like Beijing and Shanghai already enjoy a wide selection of wine, demand for wine variety in the country’s second- and third-tier cities is growing rapidly.

“The potential is absolutely huge,” says Bilbey, “the trade needs to develop the market correctly with an emphasis on education. Wine is very different in China because brand perception is king. The current trends for the middle ground in wine means that the market is growing in a steady and healthy way.” Bilbey says that to be successful in China, producers have to position their brand accordingly to compete against other perceived luxury brands and educate drinkers.

Meanwhile, Burgundy is fast becoming a rising star in the Chinese wine auction market. While the price of Lafite has reached a price plateau after almost 24 months of uninterrupted price rises, with a sharp descent in August, top Burgundies such as Domaine de la Romanée Conti have fetched record prices by Chinese bidders at recent auctions.

“Clients are now exploring wines from Burgundy which takes a bit of time to get a full grip, but it’s happening,” says Simon Tam, who is head of wine for China at auction house Christie’s and a pioneer in the Chinese wine industry. “Chinese consumers are able to embrace, educate, and absorb the very complicated wine world, and it is the most exciting place to be because you learn how a market grows organically, where there are diverse world-class cuisines to go with great wines.”

But China’s shift toward a broader palate will likely be a slow process, compared to Hong Kong’s considerably more developed and educated market. Although prices have softened, Lafite and other first growth wines will still be wines that mainland consumers currently want the most, says Bilbey.

“When it comes to wine in China, we cannot form a long-term strategy based on what we are seeing. All we can do is to be there at the right place and the right time and be two steps ahead of the market instead of five years ahead,” says Tam. “Just within a short time we’ve already seen the market diversify from Left Bank to Right Bank, from Bordeaux to Burgundy, and maybe at some point, certainly in the next few years, it will be to other world regions. It is all maturing very fast, and it is very exciting.”