Improving the efficiency of data exchange is the next major challenge facing fine wine trading. 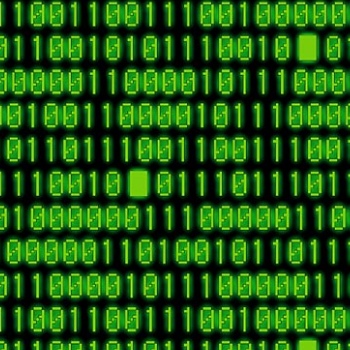 According to Liv-ex director James Miles, “The focus of the last 10 years has been on using the web to sell stuff but less focused on how it can be used to make the wine trade more efficient.”

“Our view is that the next five years is going to be a lot more about the back office and there are going to be fundamental changes – it many not be as glamorous but in many ways it is more important.”

In an interview with the drinks business Miles explained that there were significant inefficiencies when it comes to processing online orders and transferring data.

“Any interconnection of systems has a man in between,” he said. “It is not an electronic conversation because there are people at either end manually inputting information into the system.”

Continuing, he explained, “The big stumbling block in the process is naming [of wine] because there is no standard way of calling, for example, Château Lafite Château Lafite – everyone has a unique way of describing it and it gets more complicated when you get into Burgundy, and Germany even more so.”

So, while certain aspects of wine can be described numerically, such as vintage, unit size and of course price, when it comes to the name, currently there is no standard numeric format.

Hence Liv-ex, as previously reported by db, has launched L-Win, a six-digit code (with a seventh “check digit”) that can be used for each and every SKU.

As Miles states, “What we stumbled upon is this huge requirement for a common language for the wine name component, because, by just supplying that part as a number, it means people can continue to describes the wines as they want, but the computers can talk to each other, so they can immediately identify Château Lafite as Château Lafite, not Carruades.”

Already, L-Win numbers, which can be obtained free from Liv-ex for any wine, are being adopted by warehouses, who, Miles reminded, “Have issues with databases with inconsistent wine names.”

He also pointed out that there’s nothing new about these codes in other sectors: “An ISIN (International Securities Identification Number) is used for every financial product that’s issued – be it a stock, bond or future – and every book has an ISBN (International Standard Book Number).”

In terms of the widespread adoption of L-Win for the drinks trade Miles said, “I’m hoping for real momentum in 2012 and we a doing a lot of matching and data cleaning work now.

Speaking further of the common numeric format and associated software allowing computers to communicate with each other he concluded, “It’s where the industry is going to be in five years time but it is not going to happen overnight,” he added.

– L-Win is a new universal code for wine.

– Each L-Win refers to the wine itself.

– Additional information such as the vintage, pack size and format can be added as separate fields (L-Win, YYYY, 12, 75).

– L-Win s maintained and managed by Liv-ex and made available under a free licence to all wine trade participants.