Quality of this year’s California vintage ‘off the charts’

California is poised for a high quality vintage, despite “curve-balls” that included a “brutal” heatwave on Labor Day that put pressure on tank capacity, with one winemaker saying the quality was “off the charts”. 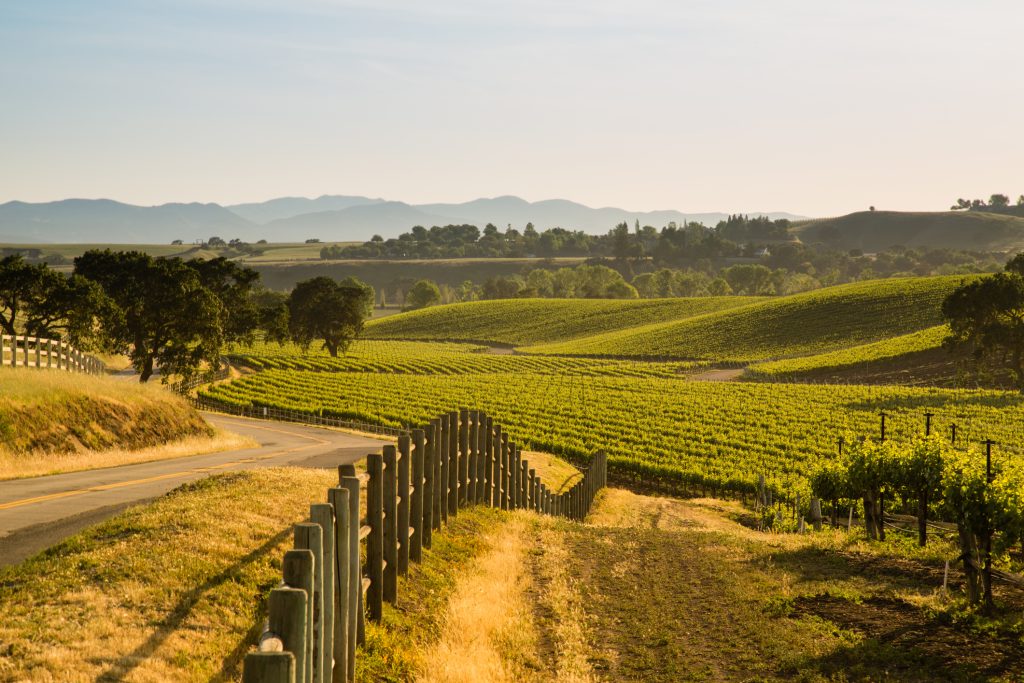 The California Vintners Report, out this week, described this year as “a tale of two harvests”, with the heatwave in the week around Labor Day dividing the season into earlier and later picks.

The summer growing season was ideal on the North Coast, the report said, until the late August heatwave accelerated the harvest and reduced yields in many places. Mendocino, however saw yields up on 2019, as a result of the cool spring and milder-than-normal temperatures, even though the extended heat wave and limited water resources for irrigation proved challenging during the harvest.

Meanwhile in Lodi and the Sierra Foothills, late frost after a mild spring “dramatically” reduced the size of the crop.

There was good news from Napa Valley, which recorded excellent quality. More than 20 inches of rain fell in October and December 2021, bucking the years of drought seen across the region, which was followed by dry conditions from January until March. The Spring was mild and cool, but the Labor Day heatwave sent temperatures soaring into triple digits – up t0 110 -118 degrees in some places – for nearly a week, although cools nights helped to temper this and allows the vines to recharge.

This caused ripening to accelerate throughout the valley, and picking began earlier-than-average for many varieties, although growers had to use multiple techniques to help vines ride out the heat, where unripe grapes had been left to hang. There was some dehydration though, resulting in lower yields but greater concentration and flavor intensity, the report said.

Nate Weis, vice president of winegrowing at Silver Oak and Twomey Cellars in the Napa Valley said 2022 was likely to be “a pretty intense vintage — concentrated and powerful”, with particularly Pinot Noir from the Russian River, Anderson Valley and Santa Lucia Highlands, and good Merlot and Cabernet Franc. “The quality,” he said, “is off the charts.”

Duckhorn Vineyards’s vice president of winemaking Renée Ary noted the estate’s Cabernet Franc and Petit Verdot were “some of the best ever and the Chardonnays are bright, balanced and focused”, she said.

“Given the range of ripeness, blending will be important for the 2022 vintage as we balance our early and later picks.”

Meanwhile, in Sonoma County, limited rainfall, early season frost, warm spring and an early summer proved to have no ill effects, although some yields were lighter than average. However, the report noted that “fruit quality thus far is stunning and the overall smaller berry and cluster sizes point to a stellar 2022 vintage… [with] vintners… reporting wonderful concentration and flavor in the wines.”

Lisa Amaroli, director of winemaking at Benziger Family Winery in Glen Ellen, Sonoma County said it was “one for the record books”.

“A heat wave followed by rain had a whiplash effect, pushing up sugars and then reversing them after the rain,” she said.

Winemaster Randy Ullom however argued that while the heat wave accelerated some aspect, it slowed others down, noting that vines shut down during extreme heat in order to protect themselves, thus delaying the ripening process.

“It depended on the appellation, the vineyard aspect and the watering capacity,” he said.

Further south in Lodi in the Central Valley, there were smaller yields, after widespread April frosts – the worst since 2008 with some vineyards deciding not to even harvest – and a “brutal” heat wave in early September, which caused dehydration in some of the grapes and put pressure on scheduling and capacity. Aaron Lange, vice president of vineyard operations at Lange Twins Family Winery and Vineyards noted that at most major wineries “there was a major capacity crunch from a cooperage and fermentation tank perspective”.

However, the quality of the early-pick whites across Lodi was “incredible”, the report said.

The heatwave across Monterey also had an effect on the Pinot Noir crop, with yields down as much as 25% to 40% on the average, although quality remained high. Chardonnay and Merlot yields were also affected – although winegrowers were able to take pre-emptive irrigation measures as the September heat wave was widely anticipated.

Heidi Scheid, executive vice president at Scheid Vineyards in Soledad, said there was “very good quality — and in some cases, truly exceptional quality — for the 2022 vintage.”

Paso Robles also saw lower yields of around 30% as a result of the cool spring leading to smaller clusters as well as the summer drought. The harvest across the AVA began three weeks earlier than in previous years, and, unusually, red varieties were picked in August. However the vintage was a tale of “two harvests”, the report noted, with the quality for the fruit brought in during the heat wave rush remaining “uncertain”, although vintners have reported great depth and colour in grapes picked in the cooler weather in September. “The overall quality and character of the vintage will come down to the timing of picking and whether or not growers utilized shade cloths during the heat spell,” the report also noted.

It comes as California’s Wine Institute has begun a new push to increase Californian wine exports – part of its ten-year strategy to grow US wine export sales to more than $2.5 billion by 2030.